Malcolm Dawson writes……..David Moyes might have been lured to the North East with false promises about a year ago but surely no self respecting potential candidate for the vacant manager’s office at the Stadium of Light can be under any illusions about which way the club is going. Peter Sixsmith isn’t either as he considers yet another situation which reflects badly on the club.

For reasons that are of no significance, I have been listening to an excellent recording of the Gilbert and Sullivan opera “The Mikado.” It’s a great combination of Gilbert’s brilliant lyrics and the sparkling music of Sullivan and it gave me much pleasure as I drove back from Leeds Rhino’s 18-14 win at Wakefield Trinity.

One of the songs is a duet between Ko-Ko, the Lord High Executioner and Yum-Yum, his betrothed entitled “Here’s a how-de-do,” the second verse of which starts;

“Here’s a pretty mess, In a month or less”

That just about sums up the predicament that Sunderland AFC are in at the moment as Derek McInnes turned down the manager’s job on Thursday night. Three weeks today, our pre-season opens at Gigg Lane, Bury and at the moment we are sans manager, sans players, sans ideas, sans everything, as the Bard of Avon says – although I personally think that Shakespeare (Bill not Craig) would have said it better.

I would imagine that McInnes turned it down for a number of reasons.

Firstly, there is a new majority shareholder at Aberdeen who is making some very positive noises about moving the club on. He spoke very well about McInnes and the faith and trust that he appears to have put in his current manager must have played a part in the rejection.

Secondly, he may well have realised that there is not a great deal of money to spend at Sunderland despite the parachute money and the sale of Jordan Pickford. Debts have to be paid and allowances have to be made for the impending departure of Ellis Short.

Which brings us to the third point and that is the rumours of new ownership. New owners, be they German, Chinese or the re-incarnation of Barry Batey, may well have different ideas from the current owner and Chief Executive and may well want to bring their own management team in. McInnes has a good job at Pittordrie, has his family settled there and is sufficiently well paid not to have to up sticks and move south.

All of which are perfectly laudable and acceptable reasons, but you wonder if there is anything else. Chris Sutton suggested that he would be mad to take the job and, despite the encouragement of Walter Smith, there must have been other voices from Scotland and from England telling him that this was not a club that would do much to advance his career. And you can see why. There are Aberdeen players in the Republic of Ireland system who may well have heard Martin O’Neill and Roy Keane talking in somewhat disparaging terms about the club administration.

Dick Advocaat left complaining about promises that were not kept. Sam Allardyce said not a word about the club as he clumped off to run the England team for a single, solitary match.

Security at Aberdeen or a shambles at Sunderland? I know which one I would choose.

And so we move on to the next name on Martin Bain’s list. It could be Simon Grayson or Nigel Clough or Sven Goran Erikson, who was dismissed by his Chinese club yesterday. What about Neil Warnock? How about Michael O’Neill? Kevin Phillips might be enticed back to the Stadium.

Whoever it is (and I assume we will have someone in charge before the English Football League season starts), it is not encouraging for the support. Most of us have had a low key summer, keeping our heads down while other clubs in our division appoint managers and clubs above us revel in fixtures that pit them against Liverpool rather than Leeds and Chelsea rather than Cardiff.

Our faith in the current ownership and administration is ebbing away quickly and Martin Bain has much to do if he is to win a sceptical and suspicious support over. We have given up with Ellis Short; the quicker he sells up the better now. His time at Sunderland AFC is done.

The patter song in The Mikado (most G and S operas have a patter song) is Ko-Ko singing “I’ve got a little list.” Martin Bain’s looks to be getting shorter as each day passes. 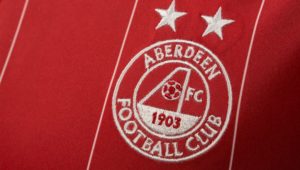 The implications may be inconsequential. They may be utterly alarming.
Here from the Aberdeen FC site:

What on earth went wrong from yesterday’s Aberdeen statement saying both had been cleared to speak to Sunderland, all financial matters between the clubs having been settled?
We awaited a proper explanation from SAFC. Is this it? ….

On days such as this, it would be wrong for Salut! Sunderland to detach itself from events in a cruel world away from football. Our sympathies and solidarity go out to all those affected or bereaved by the tragic fire in a tower block in north Kensington, London overnight

Derek McInnes looks set to become our new manager, with his Aberdeen assistant manager Tony Docherty coming with him to the Stadium of Light.

Here is a statement from the official Aberdeen FC website:

The club can confirm that early this afternoon Sunderland FC agreed to meet all the contractual obligations for both Derek McInnes and Tony Docherty and they have, reluctantly, been granted permission to speak with both of them about the vacant managerial position at Sunderland.

This was followed by a prissy “no further comment at this moment in time” sentence but we can safely ignore that and, maybe, reflect on how things turned out for another Aberdeen manager, Sir Alex Ferguson, after he moved south – via a stint in charge of Scotland.

That’s all I know ( with thanks to Barry Dixon at our Facebook group).

Read up on McInnes at https://en.wikipedia.org/wiki/Derek_McInnes and if you hear more, feel free to add it in Comments …

Pete Sixsmith offers his thoughts on all the Stadium of Light developments: the exit of Jermain Defoe, the strong talk of Derek McInnes being on the verge of appointment as manager – and, first as you’d expect, the likely departure of Jordan Pickford …

At last things appear to be moving at the Stadium of Inertia, both in and out.

The retained list has been announced and it looks as if some of last season’s players may be moving on now that their contracts are up.

Read moreJordan Pickford, formerly one of our own: Everton buying ‘an absolute gem’