Like many – most? – supporters, I am less than exhilarated by loan deals. They seem to have played a significant part in our decline in recent years.

But it is not as if our purchases and free transfer acquisitions were going so well that no loan deal was necessary. No one should be carried away by winning 6-0 at St Mirren; we have striker problems – I think it was the excellent Phil Smith who said in the Sunderland Echo that we were an injury to Josh Maja away from having no recognised attacker (no disrespect to Andrew Nelson, but he hasn’t played a senior competitive game).

John McCormick writes:  if you want to know the origin of the headline you’ll have to read on to the middle of this piece, where Malcolm, our esteemed deputy editor, has reworked a version of the old Fulwell End favourite “Monty is better than Yashin” following a recent barrage of voting from the Sky Blue bit of the West Midlands.

I have to say I found that barrage a bit strange. After all, when a blog adopts a title which includes the phrase “dodgy numbers”, and then ends with a disclaimer which states “the arithmetic’s correct, it’s just the rest could be a bit wonky” it’s best not to take it too seriously.

And when it says “unless new voter(s) decide to cast vote(s) for only one team and to throw rationality to the winds – and why not, it’s what football’s all about”, which is what I wrote in my last post, you might get some idea that we welcome other clubs’ fans and enjoy hearing from them.

The original promotion poll, now closed, received 818 votes. Of those, 664 predicted – whether through blind faith or genuine belief – that Sunderland would bounce straight back. It was desperately close but just half of them thought we’d do so as champions.

Only 18 per cent (still a sizeable minority, totalling 148 votes) were pessimistic, though mostly about promotion chances, just four per cent (36 votes) fearing another relegation scrap.

The poll allowed other responses and there were six of these, listed below.

This is really your last chance to vote – or update your vote based on later developments or your assessment of the new regime – in the Salut! Sunderland “gut feeling” poll (above). It closes in about one hour from the moment I post this item.

News on possible new signings is developing fast. Check out https://www.sunderlandecho.com/sport/football/sunderland-afc, where you can expect to see what they know at the Echo and what they think worthy of being repeated from elsewhere.

We’ve reached 750+ votes and there is an overwhelming majority expressing a belief in automatic promotion – 81 per cent in total, marginally more than half feeling we’ll do it as champions. 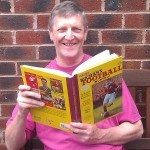 Monsieur Salut introduces the full fixtures list for next season, starting with Charlton at home, remembers an ambitious pre-match request from Boy George (a Charlton fan) and reproduces the will-we-go-up? poll …

It’s hardly Man City at the Etihad or even Derby County at the Stadium of Light.

But at least Sunderland’s unwelcome visit to the third tier, for only the second time in club history, kicks off with a home game and the opposition is Charlton Athletic, beaten playoff semifinalists last season.

With that element of importance – big club negotiating troubled waters versus once biggish club, both trying to recreate past glory – comes a first taste of televised action for Sunderland in the 2018-2019 League One season. The game has been switched to a 1230pm kickoff.

Whoever turns out to be Sunderland’s next manager will soon – and let us hope it is soon as the club’s recent experience of delayed pre-season planning is a depressing one  – have to start a substantial overhaul of playing staff as we approach an August kickoff in League One.

With the ownership change moving along but not yet settled, no appointment is likely for another week or more depending on how long the EFL takes to approve the Stewart Donald takeover.