Spot and click to magnify Roker Park. And then read on for the next part of a SAFC story from just a few years before that photograph was taken (1970).

The reproduction, with barely any updating, of the first part of Salut! Sunderland‘s 2011 interview with a charismatic Roker Park hero, Johnny Crossan, was well received, with positive comments here and on social media. Nick Barnes, who does such a good job with Gary Bennett of bringing matchdays to absentees and exiles with his BBC Radio Newcastle commentary – available everywhere via safc.com – liked it and so did one of his predecessors, the same station’s expert on all matters Durham County Cricket (and more besides), Martin Emmerson.

So here is Part Two (of three); remember the interview was conducted – from Ramside Hall before a retirement shindig for the Northern Echo’s Mike Amos – at the back end of Steve Bruce’s reign, before James McClean had been given his first taste of action by Martin O’Neill. There is a third, which will come soon, and I have written to Johnny in the hope of bringing the story bang up to date.

The amount of time Johnny was willing to give up for a piddling little fan site was quite astonishing. But before we resume the full sequence of questions and answers, I have something that needs a special mention.
Towards the end of a long telephone conversation from Sedgefield to Derry, I said:

I have a boyhood memory of playing in the park after school and stopping outside my own penalty box to turn and shoot a spectacular own goal high past our goalie (maybe Pete Sixsmith was there, too). At the time I imagined it as my Johnny Crossan moment. Can you see why a young boy would identify you with rebelliousness?

Johnny’s response was to laugh. And continue to laugh for some seconds before giving the answer you find below. For an old codger able to look back on a few decades, it was priceless …

Test cricket at Chester-le-Street wasn’t greatly inspiring so Pete Sixsmith was able to get his teeth, as promised, into the James McClean departure. This is the second and final part of our look at the transfer; the first is at https://safc.blog/2013/08/mcclean-break-1-bitter-disappointment-as-he-joins-wigan-or-good-riddance/ …

Forget Suarez and Bale. The real transfer buzz is, as it has been all close season, at Sunderland. After the assorted arrivals comes another departure, one that divides Sunderland supporters along the lines suggested in the headline.

Pete Sixsmith and Monsieur Salut decided to have their say on McClean’s descent into the Championship where he will be trying to help Wigan Athletic bounce back to the Premier in one go.

James McClean’s spell as pantomime villain has come to an end, though we can be sure this is a role he will go on filling from time to time. Out of the sow’s ear of a couple of the controversies has come the odd silk purse … 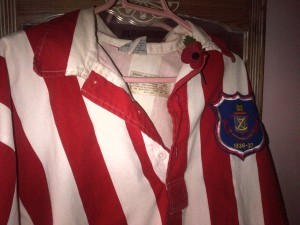 Much space at Salut! Sunderland has been devoted this week to articles that I am proud to have published on this site but wish had never been written. Naturally, I refer to the impassioned, decent and – yes – angry pieces written by individual Sunderland supporters with voices worth hearing on the Hillsborough disaster and this week’s shamefully late official exoneration of the Liverpool fans who were cynically blamed for its occurrence.

As the international break meanders on, three things are on Sunderland supporters’ minds: the hope that Adam Johnson’s injury has no effect in his availability, the even stronger hope that we get our first Premier win of the season at home to Liverpool on Saturday and the James McClean tweet saga (of which more, indirectly, later) …

James McClean should maybe think about handing his phone and laptop to his big pal David Meyler when he has something to say. Meyler providing a vetting service may be in the best interests of McClean’s career after yet another ill advised outburst on Twitter last night. Following on from what some described an offensive joke last month, McClean has now used the social networking site to share his continuing discontent with his autonomy in the Ireland set up. 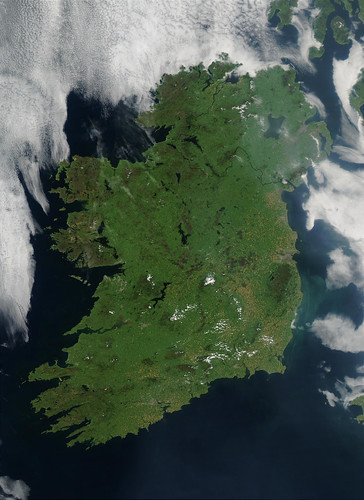 Monsieur Salut writes: it began, so far as Salut! Sunderland was concerned, as a straightforward defence of James McClean’s decision to make himself available for Republic of Ireland selection and not Northern Ireland. It provoked the longest and most animated discussion thread in months. As a gesture of goodwill, I have removed an anecdote from the original article; it dealt with lowlife sectarianism but although the incident occurred at Windsor Park, home of NI football, it concerned a club, not international, game. Otherwise, I stand by the thrust of my article. But I did invite Andrew Rodgers, easily the most rational of my critics from the other side of the Irish Sea, to set out his own views …

There is a good little debate in progress at this site on the rights, as I see it, and wrongs, as supporters of the Northern Ireland team have argued, of James McClean choosing to play senior international football for the Republic of Ireland.

The original article can be seen at this link: https://safc.blog/2012/06/shades-of-green-northern-ireland-should-respect-mccleans-republic-of-ireland-choice/