Is there another team in the land Sunderland supporters could care less about?

The exchanges between Pete Sixsmith, up in the East Stand, and Monsieur Salut, watching and listening in his French bunker (thanks Nick Barnes for the kind mention), were not encouraging. At half time, Sixer bemoaned being both the better side and behind. Long before the final whistle, after the killer second goal, he’d given up the ghost and did not update a seven-word instant verdict sent as City fans celebrated Sane’s cool finish. Where do we go from here? Sixer and I both fear the word is ‘down’. Pete does at least offer a smidgeon of hope with his very last words …

Oh for the days of last minute goals by Ji Dong-won and Darren Bent and little scufflers from Phil Bardsley.

Monsieur Salut writes: we knew in our hearts how it would go. If only Fabio Borini’s header had been on target after Defoe hit the post and presented him with an open goal, if only David Silva’s passing wasn’t so precise, City weren’t so devastating on the break. If only. Positives: we put up a fight and, as Pete Sixsmith noted at half time, may well have been the better side until we went behind. In the end, though, we simply weren’t good enough. Sixer will be back to expand on the seven-word verdict you see below …

Jake’s caption sums up the prevailing thought. Why cannot we go back to the time we regarded a visit from Man City as a 1-0 home banker?

I have been downbeat at ESPN about our chances, both for Sunday afternoon’s game and in the relegation battle.

Where would Sunderland fit into a spoof list of films that have won or been nominated for Oscars?

Some fun has been had on this very subject by the people at enhancedbets.com: Leicester’s Gone With the Wins (sadly for us, a sequence than came to a halt earlier this week) and poor Bob Bradley remembered as An American in Swansea. 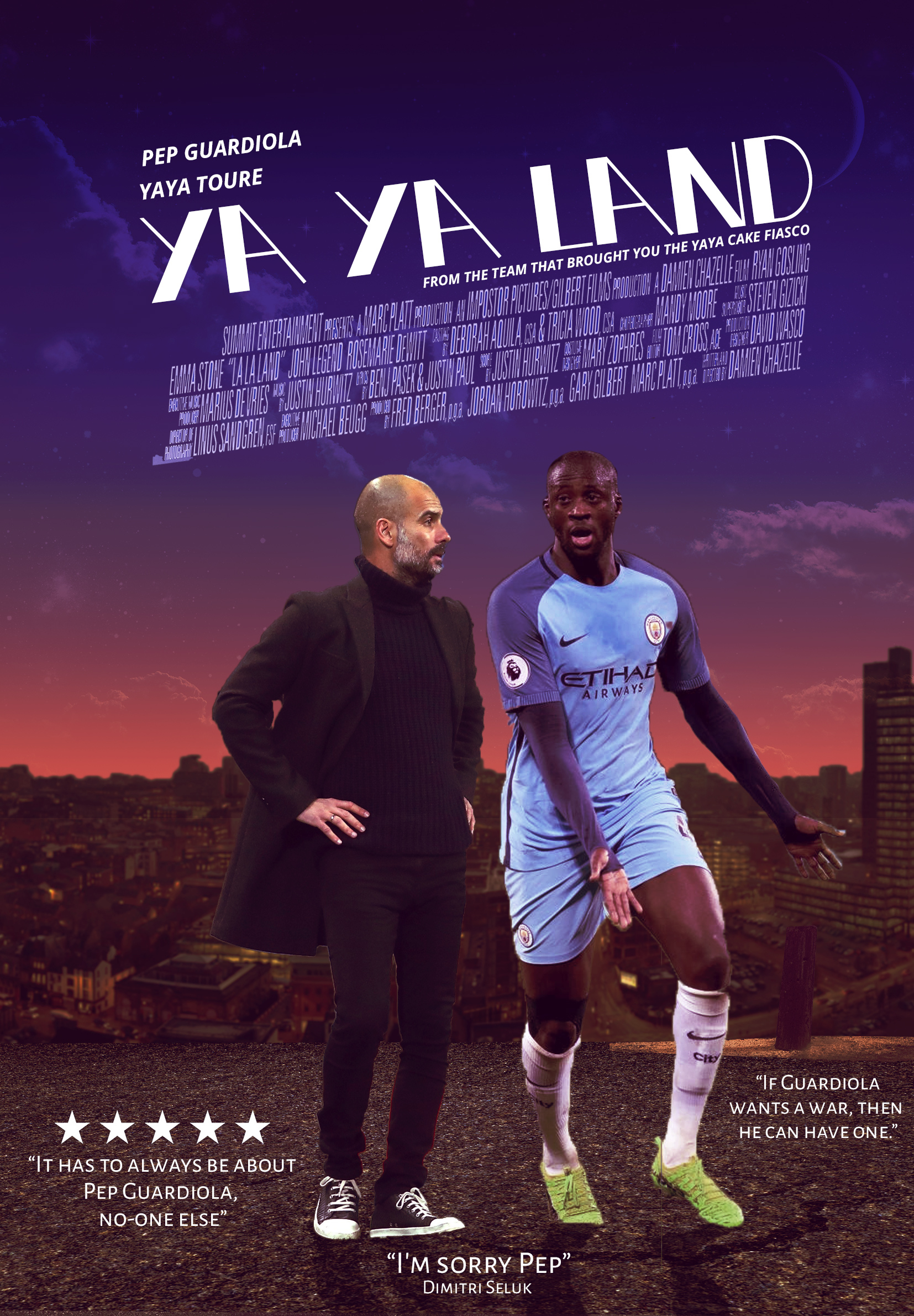 David Moyes’s Lads might qualify for their own version of this year’s best-film winner  – , sorry Moonlighting – since they must have been up to something away from work to explain their wretched under-achievement in the day jobs. And then we see that Suicide Squad won best make-up and hair styling (you honestly couldn’t make up some of our play, or Ndong’s hair for that matter).

Which leads us to Craig McGinty*, a Sunderland-educated Manchester City fan without whose expertise on websites Salut! Sunderland would never have been created. Back in 2008, Craig was the fist City supporter to grace our Who are You? series. It seemed about time to ask him back …

John McCormick writes: Colin has made it known that he felt a sinking feeling on Saturday.  And as such a feeling requires an SOS it’s appropriate that Wrinkly Pete’s update dropped into the Salut mailbox yesterday.

So here’s Pete, with a message that all is not yet lost

The only thought that came to mind after the defeat at Everton was “that sinking feeling”. And so the phrase appeared in my headline for Sixer’s Sevens, Pete Sixsmith’s traditional seven-word verdict.

Despite – maybe because of – having supported Sunderland since the days of Charlie Hurley and Brian Clough, I cannot now approach any game without the same pessimism.

It’s a familiar question in the ‘Who are You?’ series: what do you think, we ask opposing fans, of Sunderland – the club, the fans, the city and region, David Moyes?

This is how Dale O’Donnell, our Manchester United interviewee (he’s editor of the the Stretty News fan site), replied:

‘Yeah, I thought we looked after you a bit when Steve Bruce was in charge with the likes of Brown and O’Shea. Then your fans took the p*** a bit and Poznan’d at our expense. That has to be one of the worst small-time things I have seen as a football fan, and I highly doubt it will happen this season if Sunderland face the inevitable.’

After reading Dale’s replies, which I generally found thoughtful and knowledgeable, I asked him: ‘… was it more petty to do it, or more petty to take it seriously?’ He generously allowed for ‘a bit of both maybe’

See the full interview here: Dale O’Donnell in the Who are You? hotseat

But what better, I thought, with no football until Boxing Day, than to offer you once again Stephen Goldsmith‘s thoughts on the subject. Stephen, you may recall, once graced these pages, which he also used with Gareth Barker to promote and develop the Wise Men Say podcast until they Poznaned off to the brighter lights of ALS. He’s fondly remembered all the same and this is probably the third time his piece, slightly modified, on the subject has had an airing (so apologies if it feels a little familiar and pardon the outdated references to Sir Alex – the thrust of the article remains valid) …

To enter our competition and have a chance of winning the above print, please note this post has been superseded. …

Malcolm Dawson writes….I switched on MOTD last night, not to see Gary Lineker in his underpants, but to play spot …