Monsieur Salut knew, or had a good idea, this was coming, but thought it prudent not to say. Now it has happened. Martin Bain, CEO of Sunderland AFC, is now Martin Bain, ex-CEO of SAFC. No one takes his place because the “place” has been declared surplus to requirements – quite a dramatic change from being one considered worthy of £1.2m a year.

It would be an exaggeration to suggest Martin Bain as a name to inspire great affection and confidence among the fans. He may merely be doing Ellis Short’s bidding in energetically cutting costs to please the owner. But the cost to the club of that exercise has become painfully clear and Bain must realise he bears a sizeable share of responsibility for our shocking position.

Salut! Sunderland would be quite pleased to see the back of him, and suspects most supporters feel likewise. But in the interests of fairness, and in line with our desire to report all sides on major issues affecting the club, here is a piece quoting his remarks to local media. The comments – drawn from interviews with the Sunderland Echo/Shields Gazette, Newcastle Evening Chronicle and the BBC (*see footnote for links), seemed designed as much to send upbeat messages to potential buyer as to appease supporters, though he says he ‘totally understands’ their anger, anguish and frustration ….

Monsieur Salut is left at a loose end, feeling a little redundant with no need to post a Guess the Score or the Derby County “Who are You?” that is already tucked away in the safe …

It comes as something of a relief to have no forthcoming weekend match to fret about.

In truth, the international break could not have come too soon. Some of us would almost like it to continue until May when, in silent shame, we accept our fate and prepare for life in the next division down, knowing there will be no Eric or Marco or Benno to get us straight back up again.

Paul Summerside doesn’t mince his words. He calls himself a ‘lapsed SAFC fan’ but is one of 20,000+ longing to resume active support. Ellis Short and Martin Bain may throw up their arms in proclaimed innocence, but what can either of them actually offer those who can take no more? As ever, the pages of Salut Sunderland are open to the owner and/or chief executive. As ever, don’t hold your breath …

At church this morning, the crew of Fulwell 73 (oh the irony) were filming for a forthcoming documentary on this season at SAFC, called Keep the Faith.

For Paul Summerside, the time is right to wish a happy 2018 to all at Salut! Sunderland and its Facebook page – and to reflect on “Groundhog Day. 2017 revisited”. It’s hardly an open letter to Ellis Short, more a quick reminder that if we set aside changes in personnel, what is needed now if Sunderland are to avoid a humiliating drop into the third tier is pretty much what was needed a year ago … 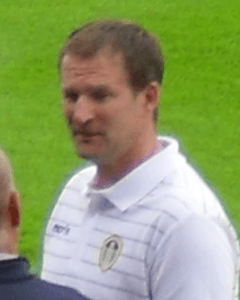 Even before the lamentable SAFC club statement on the bleak farce of the supposed attempts to sign a manager, Pete Sixsmith had – with customary eloquence and gallows humour – captured the miserable state of affairs with his piece entitled “The comic opera that is SAFC just now“.

Then came the extraordinary statement announcing that Ellis Short’s business affairs, specifically his desire to sell the club, were holding up an appointment.

“Thanks for utterly wasting my time,” Derek McInnes must have been thinking.

Malcolm Dawson writes……..David Moyes might have been lured to the North East with false promises about a year ago but …

Malcolm Dawson writes…..what with M Salut galavanting around the Orient and me having body parts and invasive extras removed in …

Salut! Sunderland’s deputy editor Malcolm Dawson shrugs off the torpor of the early close season, pre-transfer window, pre-fixures list and all, and considers what seems to be going right, and what more he’d like to see, in the world of Sunderland AFC …

Back in 1939/40 at the outbreak of World War 2, the whole of Britain was on tenterhooks waiting for an invasion that never came. It became known as “the phoney war”.

Here in the summer of 2016, the celebrations of Sunderland fans relieved at a 17th place finish, may not have been on a par with those on VE Day but were pretty impassioned nonetheless. For some the fact our survival condemned our local rivals only added intensity to the festivities.