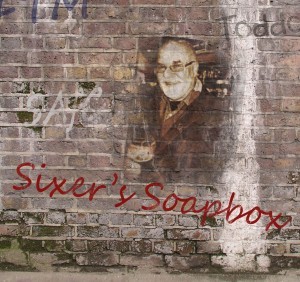 “Disaster is around the corner, it is,” says Martin O’Neill, tongue in cheek maybe (or maybe not). “It’s lurking. But that’s probably why I’m a Sunderland fan, absolutely, I couldn’t have chosen a more appropriate club.” At the Riverside, we delayed the nasty change in fortunes, setting up a second home game with Arsenal, dangerous but beatable. Pete Sixsmith looks at the 2-1 win at Boro and praises lively opponents as well as our own quietly effective team …

Thank goodness that our Benin International star rattled the winning goal in and ensured that this rousing game did not go to penalties, something which the home team had been playing for throughout the game. I don’t like penalty shoot outs and bitter experience (Wembley 1999, Shildon at Ashington in this years FA Cup) suggests that I am definitely not a beneficiary of the 12 yard finish.

That it almost went to penners is a testimony to Middlesbrough’s tenacity rather than a criticism of our performance. They worked extremely hard, but, at the end of the day, lacked that wee bit of class needed to undo an efficient and effective Premier League side.

It was almost the same team as Saturday, with Campbell in for Meyler, which meant that we played a 4-4-1-1 formation with Sessegnon playing in front of the midfield four and behind Campbell. The plan was to use Sessegnon’s trickery allied with Campbell’s pace and push Boro back.

To do that, we needed to do what we did not do at The SOL and get hold of the midfield early on. This we did, and Colback in particular was dominant. He rarely misdirected a ball and won a succession of tackles as we tried to pass our way through and round Boro’s well organised two lines of four.

Gardner also started well and as the game progressed he succeeded Colback as the dominant figure in the central areas. He pushed forward and defended well and really looked as if he was a £5m player. Perhaps we could build a replica of the Bull Ring in Sunderland and ship in Mitchell and Butlers Brew XI in order to alleviate his home sickness.

Colback took his goal brilliantly after sparkling work by Campbell and I thought that we had edged the first half, although Mignolet had made a fine save and Bardsley popped up on the line to clear a McMahon shot just after we had scored.

The second half saw the home team wrest control and equalise when Jutkiewicz took advantage of a poor headed clearance from O’Shea and the inability of Turner to get off the ground, to fire home a good goal. It inspired Boro to move forward and put our defence under pressure. We handled it well enough and most of the home teams efforts were long range efforts.

In the meantime, Bardsley (who had an excellent game) hit the post and forced Steele into an outstanding save and then Gardner sent in a swerving shot which Steele pushed round the post. Add to that Larsson narrowly missing a tempting cross from McClean and we had plenty of chances to win it in 90 minutes.

Extra time could have gone either way. Boro had used their subs long before Wickham came on for Campbell and it would be wrong to say that he had a great impact on the game. However, he did manage to get his feet tangled up in the Boro box and the ball broke to Sess, who planted his shot into the net, prompting wild celebrations amongst the 4,000 travelling fans. The man behind, who had carped on all game, grabbed me by the neck and then fell over three rows of seats. Idiot!!

It wasn’t a great performance, but it was a gutsy one and we ran out winners, so what more do we want? The players dug deep after a difficult game at The Municipal Incinerator Stadium and came through to the fifth round for what seems the first time this century.

Middlesbrough did well and I imagine played above the level they have performed at in their recent Championship games. They were organised, kept their two lines of four really tight and showed some good touches.

Matthew Bates looked the pick of their Academy graduates, captaining the side most effectively and reading the game very well. Joe Bennett looks a good one as well, but he is small, while in midfield they were functional rather than impressive.

Some of our fans were less than impressive, including the four to my left, who rolled in half an hour late, full of alcohol. They had travelled on the 17.50 train that had been trashed at Hartlepool and if they were anything to go by, it must have been an awful journey. Why people see the need to get as tanked up as this before watching a game is beyond me.

Despite that, a satisfying night and it means that we can welcome the Gunners on successive Saturdays. Three points and a Sixth Round place would be rather nice. 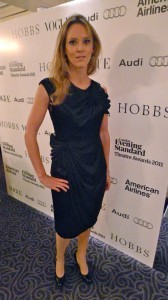 * See the Arsenal “Who are You?” – Clemency Burton-Hill, TV and radio presenter, author, musician, journalist, actress and committed Gooner – by clicking anywhere on this paragraph.

11 thoughts on “The Boro Soapbox: Sess sees off the Smoggies”

Next Post
The SAFC v Arsenal Who are You?: ‘Arsène must go’