Monsieur Salut writes: one of the joys of editing Salut! Sunderland is the chance it offers to read the gems of Pete Sixsmith even before they appear before the public gaze. Book publishers should be now be forming an orderly or disorderly queue to snap up rights to his magnificent twin series, The First Time Ever I Saw Your Ground, the title inspired by Ewan MacColl’s most successful song (for Ground read Face), and – when writing about home games – The First Time Ever I Saw Your Team.

Sixer modestly dismisses is all as ‘mere ephemera’ but when did mere ephemera last present such a wonderful blend of football writing, travelogue, history, geography and wit?

Today – and doubtless Stewart Donald and Charlie Methven, at heart Oxford fans (though also, at heart, Sunderland fans now) will cast a fascinated eye or four over Sixer’s prose. Today, it is right to take a look at both the Manor Ground and its successor, the Kassam Stadium. Neither fits Pete’s idea, nor mine, of the perfect football ground. But we did both see a fabulous Sunderland goal there back in 1973, when the white-hot excitement of FA Cup glory was still a warm glow …

Aah, Oxford. City of dreaming spires, dreamy students and Inspector Morse. Here in its medieval
streets, you will find colleges and crumpets, servants and scouts, the Bodleian and the Bullingdon Club and the location of the athletics track where Roger Bannister became the first man to run a mile in under four minutes.

It’s a paradise for Harry Potter fans, the Ashmolean has the King Alfred jewel and the Martyrs Memorial commemorates where Latimer, Ridley and Cranmer, as fine a half back line as you have ever seen, were burnt at the stake. The ghost of Sebastian Flyte can be seen, dragging Aloysious the Teddy Bear from bar to bar, desperately searching for some meaning in his pampered life.

So what could be better than arriving a few hours before the game, strolling around taking in the
sights, having a pint in one of Morse’s favourite pubs (alas, Morrell’s and Moreland’s breweries have
gone) and then strolling along to the Kassam Stadium for the football?

Well if you took that gentle stroll out to the stadium, you would probably miss the game. A brisk
walk from the city centre would take you an hour, while it would probably take a 1954 vintage Roger
Bannister about 20 minutes to do it.

Aesthetically, it’s as pleasing as Glanford Park, only bigger and is similar to many of the lower league
new stadiums built at the turn of the century. It’s not one for those who like splendid new stadiums
or quirky old ones.

The fact that is a three-sided ground doesn’t help. One end is the club/cinema/ersatz American dining experience car park while the other three stands stand in isolation with no joined-up corners.

I get the impression that most United supporters are not great lovers of it and neither are they great
fans of former chairman Firoz Kassam, who left under a cloud but had it in writing that the stadium
would always bear his name.

(Memo to Mike Ashley: before you sell Newcastle United, have a similar clause inserted in your deal, viz that The Sports Direct be named in perpetuity as The Mike Ashley Discount Football Ground.)

I have been there once in order to tick it off. It was a Football League Cup game in the early stages of the 2012-13 season and AFC Bournemouth were the visitors. It was a special kind of derby game, for although the two towns are nowhere near each other, it was a clash between two clubs that had 75 per cent stadiums, both (at the time) preferring a car park to a fourth side. Bournemouth have rectified that situation, United haven’t.

The more literary minded of us would also see it as the Thomas Hardy Derby as the Wessex wordsmith wrote about both. Oxford, although technically outside of Wessex, appears as Christminster in Jude the Obscure and it is here that the son of the Obscure (Fawley) family murders his two half siblings and then hangs himself, leaving a note that says “Done because we are too menny(sic).” Clearly, the 19th century version of Universal Credit wasn’t working.

The seaside resort of Bournemouth appears in Tess of the D’Urbevilles as Sandborne and is where Tess murders her lover Alec D’Urbeville when her husband, Angel Clare returns to Wessex.

Nowadays, Tess could have announced on Facebook that she had unfriended Alec and that it was all over; less messy than stabbing the blighter.

Hardy is not a barrel of laughs and neither was this game which trundled on to a 0-0 draw before Oxford won 5-3 on penalties. I’m afraid I didn’t wait for them as I was so bored and drove back to the pub I was staying in (the Talbot in Eynsham) in order to sample some rather decent Arkell’s beer, served direct from the barrel. 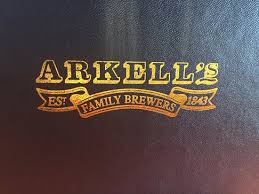 Lewis Grabban played for the Cherries that night – not with any great enthusiasm if memory serves – while Tony Capaldi, who had turned down a move to Sunderland a few years previously, played for Oxford.

And that was it – I thought that I would never have to go back, but I am.

I did visit the Manor Ground, world’s most higgledy-piggledy football ground, a few times, the first time being in September 1973, just four months after the day that defined Sunderland supporters of my generation.

It was the last time that the FA Cup winning side completed a game together in this country. They did perform together four days later in Budapest, when Vasas were put to the sword by Tueart and Hughes (I know, because I was there) but for the following game at home to Luton Town, Joe Bolton came in for Ron Guthrie who had probably over indulged on the Bull’s Blood at the banquet after the game.

I had never seen anything quite like the Manor Ground. It had more stands than the Royal Philharmonic Orchestra and none was really fit for purpose even in 1973. The away end was the Cuckoo Lane End, probably the most charming name in football, but certainly not the most charming viewing point and one that was difficult to access.

On September 15 1973, I stood with my travelling companions in the paddock in front of the main stand and watched these two team fight it out.

Sunderland: the FA Cup winning team; if those names aren’t engraved upon your heart, you have no right to be reading this.

The game was settled in the third minute, when Dennis Tueart scored a wonderful goal. Dick Malone fed in Bobby Kerr and his cross was turned in by our number 11, with a tremendous over-the-shoulder volley. No more goals came from either side and we travelled home pleased and looking forward to the Dan-Air flight from Ponteland to Budapest on the Wednesday morning.

If we travel home from the Kassam Stadium with a similar score line and a sensational early goal from Charlie Wyke, I, and the other 1821 red and writes in attendance, will be well pleased. Shame we can’t go to Budapest on the Wednesday though.

If there is any copyright claim on the images used in this report, and not answered by “fair use”, please let us know and we will remove or acknowledge as required

1 thought on “The First Time Ever I Saw Your Ground: Oxford United, Kassam and Manor”