England vs Scotland or Shildon vs Crook Town? Guess which Pete Sixsmith has chosen for tomorrow night’s entertainment and guess, too, which international game he feels moved to recall from long ago. And what a great excuse to parade Jake’s images of celeb Sunderland fans …

Now you know the dilemma facing me tomorrow night.

Should I sit in front of the trusty Toshiba and watch 22 players who are more concerned about their places in their club teams stroll around the new Wembley or should I put on my walking shoes and stroll up to Dean Street and watch the Railwaymen take on newly promoted but old rivals, Crook Town, in the Ebac Northern League Division One. No prizes for guessing.

It strikes many as a particularly stupid time to have a friendly game which has no bearing on anything. I am sure that Paolo Di Canio will be on tenterhooks as he waits for texts from Cardiff, Rome and Sarajevo telling him that the likes of O’Shea, Giaccherini and Altidore have come through without any injuries.

The choice of Scotland for a “friendly” international is an interesting one, as I can never remember that word being used to describe the rivalry between the “auld enemies”.

Sir Alf Ramsey, a man of few words, summed the relationship up perfectly when, on passing through the arrivals lounge at Glasgow Airport, he replied to a journalist’s “Welcome to Scotland, Sir Alf” with the classic riposte of “You must be f****** joking”.

There is no Sunderland interest tonight as Steven Fletcher is injured and Wee Shuggie McBardsley’s form at Harrogate was insufficient to interest Gordon Strachan (he’s also now out with a longish term injury – ed) . But there has been in the past.

When the Scots won 3-2 at Wembley in March 1967 to become unofficial World Champions, the strings were pulled by one James Curran Baxter. 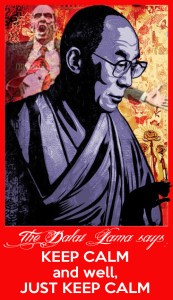 His performance that day has gone down in Scottish folk lore along with Robert the Bruce, William Wallace and Francie and Josie as examples of valour and bravery in the face of the hated sassenachs.

Baxter juggled the ball in front of a bemused Nobby Stiles and made a series of dribbles and passes which had been glimpsed but sparingly at Roker Park. He was undoubtedly the most skilful player I have ever seen in a red and white shirt, but not one who would have bought into the Di Canio mode of training from 9am to 6pm. He would have been getting in from Wetherals at 9 and getting ready to return at 6.

The most (in)famous game at Wembley was the 1977 “Let’s take a piece of turf/crossbar/terracing home with us” game, which I attended in the company of former colleague Howard Beverley who had managed to get a couple of tickets from somewhere. 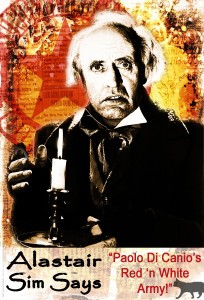 We drove down in my VW Beetle, GUU 312J, purchased from Reg Vardy’s at the top of Houghton Cut and with a dodgy radio that a young Sir Peter Vardy never quite got round to replacing despite numerous promises – not that I am bitter. Travelling down the A1 was quiet until we hit the North Circular Road and we began to glimpse the battalions of the invading army.

After parking near the stadium, we walked round to be greeted by scenes which reminded me of the Red Army in Berlin in 1945 or Wellington’s Army “liberating” Salamanca in 1812, (both events attended by Sixer -ed) which prompted his observation, “I don’t know what they do to the enemy, but they put the fear of God into me”.

There were hordes of Bay City Roller lookalikes in tartan caps, tartan scarves and tartan trews, most of who were a tad the worse for the drink.

Outside a hotel, a group of the Tartan Army were enjoying themselves by running over the bonnet, roof and boot of a Bentley that had rather foolishly been parked by its, presumably, English owner in full view of the visiting fans. The gutters were full of lager, bottles and cans (and the odd totally inebriated member of Ally’s Tartan Army) while the police looked on incredulously. Few arrests were made that day.

On gaining entrance to the stadium we found that our bench seats had been taken by a contingent of Hibernia’s finest, and they were not inclined to move. What they did do was to squeeze together so we could sit down and also share the copious amounts of Bells, Teachers and Whyte and Mackays that they had brought in with them.

The game ended in a 2-1 win for Scotland Dave Watson and Dennis Tueart played for England but both of us felt that, due to the liberal doses of the Scots national drink that we had imbibed for free, we should support the team in blue that day.

If you look at the game on YouTube, you will notice that this was before the tackle from behind was outlawed by those softies in FIFA. It is worth viewing the assaults that Gordon McQueen perpetrated on Mike Channon that day in order to dispel any thoughts and notions of “the good old days” when football was a man’s game and that it is lily livered administrators and bureaucrats who have spoiled it.

For the record, McQueen scored with a thundering header from a superb cross by Asa Hartford and then Kenny Dalglish (still a Celtic player) poked home the second after Hartford had split the English defence wide open. When that one went in, the whisky flowed more freely than the Falls of Clyde – and many of those handing it round did indeed fall down.

Mike Channon, complete with bruised ankles, heels and shins, reduced the deficit with a penalty after Trevor Francis (boo, hiss) had been brought down by that man McQueen, before the final whistle, blown by Hungarian Karoly Palotai, let loose the greatest invasion of London since Boudicca destroyed the Roman settlement there in 60AD.

Thousands invaded the pitch, much of which ended up in haversacks, pockets and under tammies, the crossbars were smashed and the goal nets were shredded.

The FA site says that “a few of the tartan army lost their heads at the end” which probably qualifies as the understatement of the century.

The pitch was completely covered in cavorting Celts and the few Englishmen who were there slunk off pdq. As North Easterners, Mr Beverley and I became honorary Scots for the day, Jimmy.

The sanitised atmosphere at Wembley will be light years away from this extraordinary day and there are times when I hark back to the anarchy that existed in football grounds in the 70s and 80s – and then I remember Heysel and Hillsborough and I say good riddance to them.

But it was a day that lives long in the memory – and I know, because I was there. Can’t see the Crook fans taking home the pitch if they win!!!