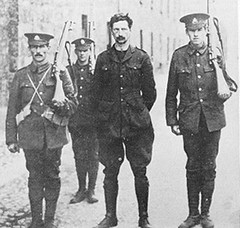 Malignant fate. That, I seem to recall, is how one Sunderland supporter explained his lifelong support. What he meant was that he had no choice in the small matter of where he was born.

Not all Sunderland fans were born on Wearside. County Durham, the Tyne Valley, even Tyneside are all part of the vast immediate catchment area and even then the story is barely half told.

There are the sons and daughters of Sunderland and other North Eastern folk who’ve moved away and the people who were born elsewhere and later drifted towards the region. And what about the Sunderland through-and-through lass who gives birth at Newcastle Royal Infirmary? Or the legion of Irish supporters attracted by one or both of the Keano/Quinn magnets?

In truth, I am a Durham lad only in the sense that Eamon de Valera was Irish. Most people probably assumed he was a native Irishman whereas he was born in New York and had a Spanish father. I took my first breath in Sussex and my parents were Londoners. But there was plenty of Mackem & Mag blood in the family, and territorial links from Ryhope to Byker, Tynemouth to Wallsend. And I was brought to Shildon a few months into my life.

It doesn’t make me any less a Sunderland supporter that I didn’t emerge from the womb in Southwick or Seaham. My own 45-year allegiance had simple, traditional origins; my dad took me to see them play, Brian Clough scoring our winner at Boro, and I was hooked for life. It was great experience, even if I had to struggle to see what was going on from my place in a crowded Ayresome Park, and it is perhaps no wonder that I couldn’t wait for more.

In the case of Andy Nichol, author of the post-Man City analysis headlined Man for man marking after another wasted opportunity, the wonder is that his first experience of SAFC didn’t make him give up any idea of being a football fan at all.

Let Andy tell the story himself, and let us keep it mercifully brief:

My first ever SAFC game was in 1968 when, having flown into Heathrow one Saturday
morning after eight years living down under, I was promptly marched off to Upton
Park by my Sunderland-mad father. We lost 8-0. I guess I should have
realised then what I’d let myself in for.

Salut! Sunderland feels a painful duty to fill in the grim detail. Hurst (6), Moore and Brooking. And we have looked in vain for a match report confirming our theory that on the day we were were unlucky, robbed or bribed.

Next Post
Man to man marking after another wasted opportunity (2)