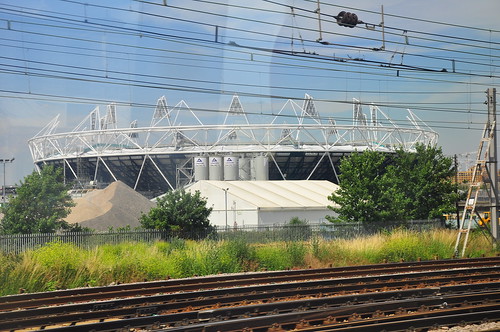 West Ham will be forever blowing bubbles at the prospect of moving to the Olympic stadium as their new home.

Olympic organisers always speak of a legacy and use throw away terms like nenewal and regeneration time after time.

Well this is a real opportunity to make a lasting difference to an area that needs a helping hand.

Personally I am very pleased for the fans of West Ham Utd. They are real supporters of a proper old football club, even if we have to obliterate their current owners and administration from our collective minds to appreciate that fact and not forget it.

Sebastian Coe (with whom I rarely if ever agree with about anything) had talked about the “moral obligation” to make it work, adding – if The Daly Telegraph – quotes him accurately: “I don’t recall a whole heap about bulldozing down a publicly-funded community facility, replacing it with a football club and inspiring a generation of Tottenham season ticket holders, however many there may be on a waiting list.”

Tottenham’s proposal was to dig up the athletic track, which some people think would not necessarily be a good move in an athletics stadium, to tear down the stands and build a completely new stadium with stands closer to the pitch. Spurs also promised to fund the redevelopment of Crystal Palace.

The West Ham plan had the blindingly simple alternative: keep the running track.

The criteria being used by the Olympic Park Legacy Company (OPLC) to make a decision were as follows:

* Achieve a long-term viable solution for the stadium that is deliverable and provides value for money;

* To secure a partner with the capability to deliver and operate a legacy solution for a venue of the stadium’s size and complexity;

* To reopen the stadium as soon as possible after the Games;
* To ensure that the stadium remains a distinctive physical symbol supporting the economic, physical and social regeneration of the area;
* To allow flexible use of the stadium, accommodating a vibrant programme of events allowing year-round access for schools, the local community, wider public and elite sport.

Cynics claim that despite the fact that it is only the WHU bid which meets all criteria, that there are influential political forces at work due to London’s mayor Boris Johnson being Conservative, as is Coe. (I can’t call him Lord as it makes my skin crawl).

But from reading the various blogs, Spurs fans don’t seem too despondent either. North London is their home and that is where they should stay.

You can talk all you want about how traditional fan bases have moved etc, but a football club and its infrastructure belong in a community.

The pubs, fish ‘n chip shops that supporters have always used are just as important as the colours, the players and the stadium.

Spurs winning the bid would have paid a disservice to their loyal fans too. Such a relocation would have destroyed the very soul of what Spurs really are. The club has no link whatsoever to Stratford.
That’s East London and Hammers territory and that’s the way it should stay.

It’s a great result for everybody, resulting in a real Olympic legacy in an area deserving of it. Only in Britain could there have been a year’s debate which included pulling down a building that cost so much to put up, after using it for a month.

It’s taken a long time to reach a common sense outcome even if common sense had nothing to do with it. Good luck to West Ham if their new home.

It was a cracking result for Tottenham too.

Next Post
Are Spurs courting Cattermole? A word of advice for our Steve