Out of the blue, we’re back in the same territory.

The marvellous specimen* above was offered to us in return for a mention on the site. Done!

And what better recipient could there be than the first female winner in those awards? Step forward the rival supporter who produced, in my entirely arbitrary judgement, the most deserving entry for January: the Villa-following Irish actress Pauline McLynn. 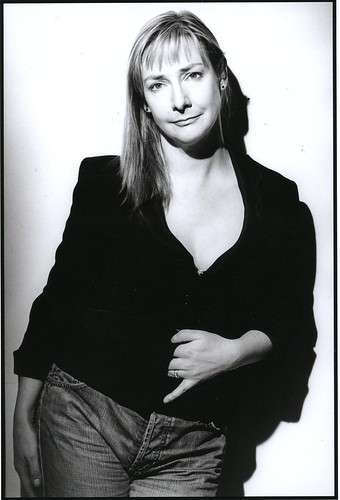 There was, as usual, good competition, with supporters of Chelsea, Notts County, Blackpool and – if controversially – Blackburn producing lively answers to our questions. There was even a fine second Villa offering to be considered. Not to mention N**c**t*e U*****, so we won’t.

But Pauline’s responses – see here – were full of wit and honest passion and, since we approached her almost like cold callers trying to sell double glazing, won our great appreciation for being willing to do it at all.

The T-shirt may not be the sort of win that changes your life. But we bet that once we get hold of Pauline’s address and have it sent to her, she’ll treasure it for life. Even though she already knows the offside rule backwards.

* Pauline is now aware of the award and declares herself chuffed. For those who would like to know (and there is a link in the first paragraph to Philosophy Football, this is how the “sporting outfitters of intellectual distinction” describe the T-shirt:

Three figures showing the Assistant Referees’ flag positions for offside with the rulebook definition of the offence and its interpretation. Sleeveprint: ‘Lets kick sexism out of football’ offside.

… Offside: an always controversial decision but none so more than this week when an oafish pair of TV studio so-called experts made the claim that it is gender that determines your knowledge or otherwise of the rule. Our handy design provides the signals of the Assistant Referee as they wave their flag for offside together with the rulebook definition to start the argument. Complete with ‘Lets Kick Sexism out of Football’ campaign logo against dinosaur attitudes to wear on your sleeve. The perfect Valentine’s Gift to reward, or re-educate, your loved one’s attitudes!

7 thoughts on “Women, the offside rule and an Aston Villa winner”

Next Post
Unwise to talk about backing the other side? You bet …