There was a handball, Lee. Looked like a penalty to me.”

“Are you sure? I thought the Sunderland player touched it. You have to be absolutely sure, Jake.”

“No, not absolutely sure, Lee.”

Now, let’s imagine it was at the other end, the end where Manchester United were attacking, the once fearsome Stretford End, now a sanitised singing and banners area as far removed from United’s roots as a club for the people of Manchester as it could be.

Assistant Mick McDonough has put his flag across his chest to indicate a penalty to Manchester United.

“There was a handball, Lee. Looked like a penalty to me.”

“Are you sure? I thought the United player touched it. You have to be absolutely sure, Mick.”

No, not absolutely sure, Lee.”

“Oh s***. Look I’m going to give it. Fergie will go ballistic if I don’t and if the crowd ever wake up, they might do as well. Anyway, it’s his 25th anniversary, so he deserves it – and who cares about Sunderland? Penalty to United and if you don’t stop complaining Mr Cattermole, you can get yourself off.”

As it happened, Lee Mason got it right; it wasn’t a penalty. It was his decision and he made it. The assistant cannot give a penalty but he can suggest to the referee that there was an infringement that merited the award of a penalty kick. Collin did this, Mason said he didn’t think so and that was that.

Mason had a good game, although I reckon I could have refereed a game so lacking in real drive and passion. But there will always be that suspicion that we were been treated as United would have been in the opposition penalty area.

I know I am a bitter, twisted and cynical old goat and I also know that United were the better side and deserved to win. But it sticks in the craw when deep, deep down we know that a similar decision at the other end would most definitely not have gone in our favour.


The performance was decent. We kept our shape. The goalkeeper did well. The two central defenders were impressive. Kieran Richardson had an excellent game.

The goal came just before half time when we failed to concentrate at a corner taken by Nani. Welbeck jumped ahead of Brown and the ball missed him, scraped Brown’s head and went in.

Frustrating, disappointing and annoying are the words to describe how I felt at half time. We had had the best chance to score when Bendtner forced a good save out of Lindegaard and had looked neat and tidy in midfield, with Cattermole showing the kind of restraint that a slimmer in a chocolate shop would envy.

Losing Wickham so early meant that we had no rhythm to lose up front. Ji took a while to settle, but came into the game as it progressed. Sometimes he is too ambitious and he tries too hard, but he holds the ball up well and could be a genuine asset in the future.

But – and it is a big, worrying, but – there was little or no penetration from midfield. The ball went square and backwards far more quickly than it went forwards. Cattermole, Colback and Meyler have scored a big fat zero of goals for us. Good teams get goals from the centre of midfield – which is why United dropped Rooney back there to complement Hernandez and Welbeck and why we bought Craig Gardner.

Maybe we should have pushed him on instead of Meyler. It might have worked, although I suspect not. Meyler did play the one really good ball through to Larsson and Bendtner was inches away from turning it in in the 89th. minute.

There are some positives to take. Westwood had an excellent game in goal. The save in the second half was of Montyesque proportions, but I was more impressed with his handling and sound judgement. He looked like a man determined to carve out a career as a Premier League and international keeper.

However, wins for Wolves and Bolton put us under pressure in the nether regions of the league and it makes it essential that we win the next three home games and pick something up at Wolves. We are not a bad side and nobody has hammered us. We have competed well against Liverpool, United, Chelsea and Arsenal without ever looking like winning.

The key results and performances come against the sides around us and below us. The management team have to get the balance right in these games. Hopefully Wickham’s injury will not be serious – he appeared reasonably comfortable as he was carried off – and he can resume his promising partnership with Bendtner tout suite.

Finally, a word of congratulations for Sir Alex Ferguson (I bet he’s been waiting for it). His 25 years at one club is remarkable. When he took over at Old Trafford, we had Laurie McMenemy in charge and since then have suffered the likes of Howard Wilkinson, Mick Buxton and Terry Butcher while enjoying Dennis Smith, Peter Reid and bits of Mick McCarthy and Roy Keane. 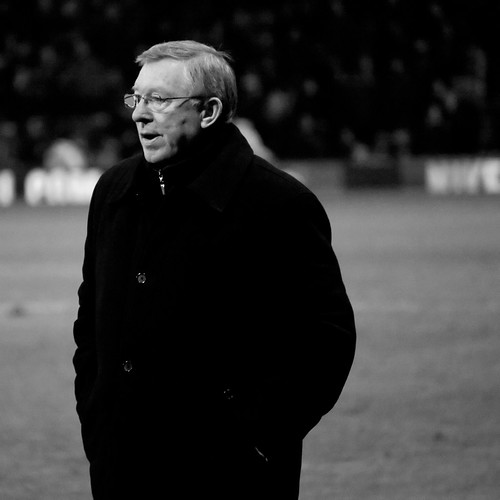 He’s a wily old rogue and he has created a succession of fine teams. We have sat back and grudgingly admired the likes of Ronaldo, Beckham, Giggs, Rooney, Schmeichel, Bruce, Pallister and Cantona, while he was even charitable enough to throw a large amount of money at us for the hopeless David Bellion.

Maybe we can beat him at least once more before he retires and I shuffle off this mortal coil – although I am not banking on it.

Next Post
Defeat at Manchester United: ‘not the whitewash I feared’