Derek McInness: photo via Aberdeen FC’s Facebook pages On days such as this, it would be wrong for Salut! Sunderland …

Second place in Salut! Sunderland’s incomparable Haway awards – the Highly Articulate Who are You?s – was taken by a Manchester United supporter, Pete Molyneux*. How United would have thanked you for second place in the Premier League or, indeed, any other competition last season. Come to think of it, they did manage it, second-placed twice, against Sunderland at Old Trafford.

In his interview with Salut! Sunderland before our heroic win at Man Utd at the start of this month, Pete went on a bit because we needed to get him talking first of all about his famous/infamous banner protest of 1989, in which he invited Alex Ferguson, not yet a knight and not yet a United hero, to pack his bags. So we split the interview into two parts. But now we knit them together again; it’s a long summer read that will show those up to it why it came close to winning the Haway first prize …

His prize is a choice of tops from our imaginative friends at Campo Retro:

If this reported extract from his book happened to be correct, Sir Alex Ferguson has taken a mild pop at Sunderland, its fans and their ‘ideas above their station’ aspirations. In the absence of the slightest sign that it is genuine, however, we should assume for now that it is a hoax, albeit a fairly clever one, perpetrated by a Mag mischief-maker …

Not sure about others, but I would sooner be a supporter of Sunderland AFC, which warts and all is a proper football club, than Manchester United, for whom I have respect and even some historic fondness but is really no more than a global brand a little like Coca-Cola or Wall-Mart.

Its “supporters” expect as of right to win each game, each competition; many of the billion or more who would describe themselves as such haven’t the faintest idea where Manchester is and will as passionately declare allegiance to Citeh or Chelsea or Arsenal a year or two from now if United’s present decline persists.

Salut! Sunderland, in common with other corners of the world of communication, may have given the impression in past coverage of Manchester United that it regards Sir Alex Ferguson as an ill-tempered, boorish bully who considers football a game to be played according exclusively to his rules, his timekeeping, his interpretation of a handsomely rewarded manager’s duty to talk to the public via the media and his preferences as to the outcome of all matches or competitions.

This, we now acknowledge, was an unjust and irrational assessment.

Mick McCarthy, the latest Premier manager to be sacked this season following the dismissals of Steve Bruce and Neil Warnock, is a man many Sunderland supporters hold in high esteem. 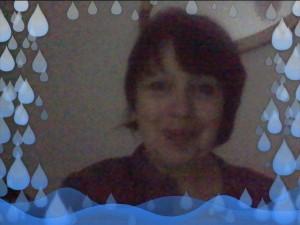 Hilary Fawcett has proclaimed her admiration of Sir Alex Ferguson, whose many achievements include making everyone at Salut! Sunderland feel impossibly young. That doesn’t stop her taking a bit of pleasure, even before we saw off Mancini City, in the ruination of his 70th birthday party …

The season ticket forms dropped through the letterbox this week, closely followed by an email from the club telling me that I didn’t have to do anything and they would instruct my bank to carry on with the Direct Debits.

Of course, I can always cancel the DDs and the season ticket and I have had one or two little doubts creeping into the far corners of what passes for my mind. Some of it is to do with Sunderland AFC but most of it is about the general state of the Premier League and its “leading” clubs.

Salut! Sunderland has absolutely nothing against the city of Manchester. We hold no grudges against Stoke or Bolton.

But choices have to be made. Sunderland’s humiliating exit at the earliest possible stage of the FA Cup means we have been able to pick our runners at will in subsequent rounds.

So to do our bit to restore interest in the ailing old competition, colours will now be nailed to the FA Cup mast.