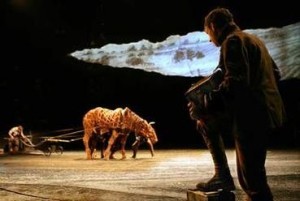 Bob (Fox) is as delighted as any of us when SAFC win, make an important signing or – as has happened in the past few days – take a top-rate managerial decision. Whether it will get him back to active support is another matter; music has always taken up most of his adult life and his days of following the club, at least at every home game, ended when they still took place at Roker Park.

That makes him relatively passive as a Sunderland supporter, but there are many like him.

All over the world, even on Wearside, you meet people who swear undying allegiance to The Lads yet haven’t been anywhere near a ground where they’ve been playing for years. My first season ticket was in the 1960s but there have been long gaps between attendances at games as I have moved, first around the country and then the world, because of work. I’ve had one now since the start of the second season at the Stadium of Light but can get to no more games than when I had none, in the 1970s and 1980s, and many fewer than when I had half a season ticket – ie good for nine games out of 18 – for our final season at Roker Park

But these people scattered around the globe, or dormant in Sunderland and County Durham, care. And the appointment of Martin O’Neill is perhaps the best thing that has happened for them, give or take some exhilarating promotions, since hopes mistakenly rose on Bob Stokoe’s return for a second stint as manager.

And Bob is no exception.

Now, in his case, the role of Songman means he has even less time to himself, let alone time to think about replicating his youthful life as a Sunderland supporter.

But he is worth mentioning because he is the same age as MON. My only real reservation about the appointment was the nagging question on whether the thrust, pressure and pace of today’s game made 59 a little too old to manage a Premier club with serious ambitions, even if the immediate ambition is restricted to pulling away from the relegation zone.

I should know. I am even older. Rightly or wrongly, I think the journalism I now produce is better than anything I have done in a long career. But it doesn’t have queues forming at the door. There are plenty out there who’d say I am past my sell-by date.

And Bob Fox, aged 59? Six nights a week, and two afternoons as well, he is on stage, singing – singing wonderfully well – and wandering about stage as very much part of the production. The part requires him to play accompaniments on melodeon. He learned enough to do it in two months; my night at the show coincided with his assessment that he had finally mastered what he needed to do with it. “All learnt b my rote,” he says. “If I play something and you ask for another tune, I can only reply, ‘no, but I’ll play that one again’.”

When the show ends, he cannot stroll back home. Home is in Chester-le-Street. It’s digs in west London. On Saturday nights, he gets the last train home or – since last trains to the North East end inconveniently early for people whose work takes up so much evening time – there is a four-hour drive for his “weekend break”. And back to London for Monday morning rehearsals.

Bob had to cancel £20,000 of work as a live performer to take the part. So it is important that he remains visible on the folk circuit. The Songman part could lead to other things; equally, he may need to go back to a grinding round of gigs at festivals or in folk clubs and arts centres. That would explain why, one Sunday “off”, he sang at a festival in Skegness on the afternoon but was at Hitchin folk club that night.

No great morals to be learnt. But if Bob can hack it as well as he does at 59, then so can Martin. Thereby removing my smidgeon of doubt about our new manager. He looks fit, her remains animated, he mixes realism and resolve when talking about the challenge ahead and he has the pedigree and managerial ability to make this odd mixture of SAFC talent and liability work, whatever money he has to spend in January.

See also: Martin’s Musings: O’Neill speaks and a column is born. And for more about Bob Fox, see: Give Us a Song from Salut! Sunderland’s Celebrity Supporters series.

Next Post
Martin’s Musings: O’Neill speaks and a column is born