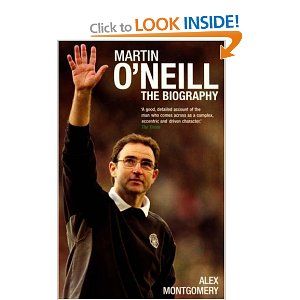 O’Neill played there only once, in a 4-0 tousing in 1972, when a pair from John Lathan, aided by singles from soon to be immortals, Ian Porterfield and Billy Hughes, saw off Forest in a game remarkable for both sides being managed by Alan Brown – except theirs had two ls, as in Allan. Playing in front of a sparse crowd of 14,155, the man who was nearly 30 years later to become our boss would have felt little of the passion of the days of Hurley, Harvey and McNab.

He will have been to the SoL a number of times, including a rather fortunate 2-1 win in the League Cup semi-final of 1999, which took City to the final after we came back to draw the second leg at Filbert Street. On that night, he may have got more of a feel for the crowd as we pulled in 38,000, just 3,000 short of the then capacity.

One of the advantages of the move to the Stadium of Light was an improvement in the catering on offer. The pies, pasties and burgers may not be the culinary masterpieces one would expect from The Fat Duck at Bray (although there have been no cases of mass food poisoning at the SoL) but they are infinitely better than what was on offer at dear old Roker.

The pies and pasties in the Clock Stand were either so hot they stripped the skin off the roof of your mouth or so cold that the bacteria could be seen swarming around. Pies were full of gravy which usually squirted over your lapel or the lapel of the bloke stood next to you. In the 70s there was an awful lot of lapel to cover.

Indeed, many Roker regulars looked for alternative fodder providers before setting foot in the hallowed space. The fish shop near the Roker End did a roaring trade on match days, while a colleague of mine, a lovely gentleman called John Baxter (known to his fellow teachers as Stan), would judge his matchday experience not by the quality of the goals scored or performances turned in, but by the quality of the cakes on sale in the Church Hall on Roker Baths Road.

My preference was for the Roker Pie Shop, situated on the corner of Roker Baths Road and Moreland Street. As I write, I am salivating at the memory of their chicken and mushroom, typically eaten as I walked down the back alley towards the Clock Stand Paddock turnstiles.

At one time it had a slot in the wall where freshly cooked chips were sold to the Fulwell End regulars. A business acquaintance of my brother from Northern Ireland (not Martin O’Neill but a Mansfield Town fan), was amazed at the quality of the chips if not at the quality of the football on show inside as The Stags were dispatched 1-0 in 1974.

I imagined that with the demise of Roker Park it would be no more, but the business has held on, feeding steak and kidney, mince and the aforementioned chicken and mushroom to the inhabitants of the housing estate that replaced the old place. But it is up for sale, along with copious pubs, post offices and fish and chip shops as the recession starts to bite in the North East.

For the princely sum of £110,000 (about what we paid for Dave Watson in 1971, and six times the fee Distillery received for one Martin O’Neill) you could be the owner of part of Sunderland AFC’s heritage.

I was tempted, but the prospect of selling pies rather than eating them was too much for me. 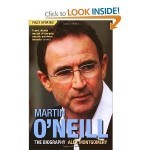 * Books on Martin O’Neill can be bought at the usual knockdown prices at the Salut! Sunderland Amazon link; click anywhere on this footnote.

5 thoughts on “Pies, passion and when Martin O’Neill played for Nottingham Forest at Roker”

Next Post
Martin O’Neill, Box Fox and being a winner at 59