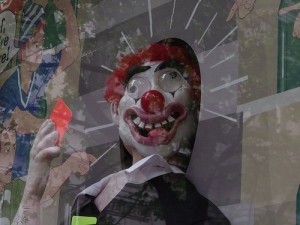 Salut! Sunderland has campaigned throughout its five years of existence against cheating of all kinds in football. We make no pretence that it is something only the opposition would stoop to; when Sunderland’s own players appear to have been guilty, we say so.

The question asked of each “Who are You?” candidate, supporters of the teams Sunderland are about to play, is essentially “what form of cheating most annoys you and what should be done about it?”. It shows how seriously we take this ugly blot on the modern game. In 90 per cent or more cases, the responses suggest supporters generally share our contempt for players who dive, feign injury and attempt to intimidate match officials.

But touchline antics of the sort favoured by Mancini, while hardly edifying, do not constitute cheating. If lively, partisan crowds are entitled to chant “Off, off, off”, as they have done more or less throughout living memory without being accused adopting un-English ways, why should a manager face sanctions for doing the same? It is a natural human response to the injustice of seeing your team denied by foul methods. The crowd is often wrong, of course. But you may as well call for the outlawing of all football chants, to avoid players being artificially motivated or demoralised by the din.

What is significantly different from what happens off the field of play, however, is for a player to do the air card-brandishing on the pitch in the course of a game.

Once again, this is a custom commonly attributed to players from overseas, though it is probably not necessary to attend too many games to see that this apportionment of blame, too, is mistaken; it may have started abroad, but is something English players, led by the inelegant figure of Wayne Rooney, have enthusiastically adopted. And it is wrong. What makes it more wrong than the crowd, or people in the technical areas, doing it is the close proximity of player to referee, and the player’s direct participation in the game itself.

I make one concession here: a team captain’s rights to approach the referee should include the right to argue, once and without abusive or aggressive language or gestures, that an opponent deserves punishment in the interests of natural justice and/or consistency. Referees are perfectly able to judge what amounts to an appropriate approach and what does not. Any player who is not his team’s captain and waves an imaginary card should instantly be shown one himself.

But diving and feigning injury are far more serious matters and ought to figure much higher in the FA’s sense of priority.

If we are still not ready for the use of video technology while a game is in progress, there is nothing to stop the authorities reviewing footage after the event and determining whether player X or Y tried to hoodwink match officials. If the answer is Yes, and the conduct has not already been the subject of a card by the referee, retrospective punishment should be imposed.

I would also like to see an intelligent response to the feigning of injury, which often precedes the card-waving and is accordingly a greater breach of the principles of fair play.

One suggestion already made here is that a player who goes down in apparent agony should automatically be substituted. If he is as badly hurt as seems the case, he needs urgent attention and is plainly unfit to continue; if he is not hurt, he can hardly complain about bring treated as if his bogus cries of pain were genuine. Again, a referee should be trusted to judge each case on merit.

But to return to the case if Roberto Mancini, I can see no pressing need for action to stop his card trick – not, at any rate, until the FA has demonstrated some desire to tackle far more objectionable footballing practices.

6 thoughts on “Off, off, off: an improbable defence of Roberto Mancini”