Just when Salut! Sunderland becomes so bereft of contributions from its highly rewarded team of writers (high as in IOUs to be cashed in heaven) that it is reduced to wittering on about food, Pete Sixsmith steps forward to reflect on game missed, game seen and game/s coming up. With some more of Jake’s art …

It’s the Wednesday of half term, that awful week where the future Prime Ministers, Sunderland heroes and gangsters are unchained from their desks and released into the community for a week.

No more quiet walks around Hardwick Park or afternoon visits to the cinema as the younger generation occupies them and frightens off we oldies. The Hardwick ducks, in the process, are getting as fat as beach balls as numerous toddlers, teenagers and grandparents shower them with bird seed, Mother’s Pride and chocolate biscuits.

As for the cinema, forget it. The foyer of any multiplex reeks of sugar as small children from the ages of four to 16 buy vast quantities of sweets and pop to gorge and guzzle before they enter the screen and talk and text all the way through the film. 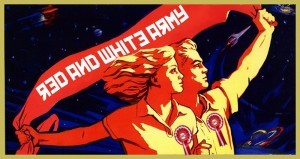 One place they could not go to yesterday was the Academy of Light to watch the Reserves play Liverpool. This game was originally booked in to Eppleton with a 7pm kick off and would have attracted a reasonable crowd.

But, for some reason, Liverpool wanted an afternoon kick off and both clubs agreed that the AOL was where it should be played. This means the dreaded Behind Closed Doors: since someone was hit in the face by a wayward shot from Djibril Cissé and threatened to sue, the AOL is closed to spectators, so we are deprived of watching our Development Squad, er, develop.

As M Salut has said, it ended up 3-3 and sounds a canny game. The handshakes at the start of the game went well, Liverpool scored first and then we went 3-1 ahead, before they levelled in the second half. I gather Liverpool play all their home games behind closed doors at their training base, so maybe they did not want to expose their up and coming stars to the fleshpots of Hetton on a Tuesday night. The Gilded Youth were forced to promenade up and down Caroline Street. 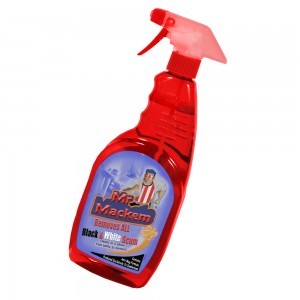 For my Tuesday night fix, I took off to the International Stadium at Gateshead to watch their FA Trophy tie with Alfreton Town. It was a reasonable game, which the ‘Heed won 2-1 thanks to a penalty from Jon Shaw and a good headed goal from centre half James Curtis. There was a poor crowd of 374, which reinforces the view that fans are loth to pay for Cup games until the penultimate or ultimate game of the tournament.

We could well have a similar situation on Saturday. A combination of live terrestrial TV, a tea time kick off and opponents who were at the SoL last week may contrive to keep the crowd below 35,000.

Apparently, Arsenal are transporting Rupert and Monty and their chums up to the North East by coach for the princely sum of a fiver – scarcely enough to buy Rupe and Mont a skinny Latte in their wee Hampstead hideaway, so the South Stand should be full. It’s a good move from the Gunners and I remember West Ham doing something similar for a noon kickoff 11 years ago. They won that one by the only goal.

What does MON do? Does he give some of the squad a game or does he stick with what is clearly his preferred starting XI? There is a case for playing Westwood, Bridge, Kyrgiakos and Meyler – they need games and, in the case of the two men on loan, we need to have a look at them as I presume we may be interested in signing them for 2012-13.

But the side is well balanced at the moment and some would say “If it ain’t broke, don’t fix it” or “leave well alone”. I think Westwood and Bridge will play and that the balance of the side will not be upset too much.

The timing of the replay (should Arsenal be fortunate enough to scrape a draw) is awkward. Due to their Champions League commitments, any replay will have to take place on the Tuesday night straight after the original game – just like it used to in the Good Old Days.

I can remember returning from Manchester City in 1973, grabbing a few hours kip at Dick and Julie Smith’s flat in Belle Vue Park and firing up the Hillman Minx at 6am before joining a long queue outside the Clock Stand Paddock for tickets for the replay.

Hopefully, there will be no need for me to impose myself on M Salut on Tuesday night as I would hope to see the job finished off on Saturday. But just in case, air off the spare room, mon ami.