Back in May 2009, looking back on an alarmingly close brush with relegation, in the season Roy Keane’s tempestuous reign ended and Ricky Sbragia managed to keep us up without ever seeming manager material, Ellis Short gave the Sunderland owner’s view in an interview for the club site.

It was a rare enough event for Salut! Sunderland to headline it “The owner speaks: Ellis less Short on words than before”. Read the piece in full at this link.

Something very similar was about to appear above until I remembered, just in time to avoid a spot of self-plagiarism. But true enough, Short has done it again, this time on SAFC TV.

He is clearly keeping his powder dry for the big interview with Monsieur Salut but, for now, this
is a taste of what he had to say:

* I hate to make projections but I would like it if we’re not in a relegation battle ever again, and I would also like to finish in the top 10

* … rather than just a top 10 finish, I’d like it if we could finish comfortably within the top 10

* I’d like more respect in the league, which comes from better performance and better league table position 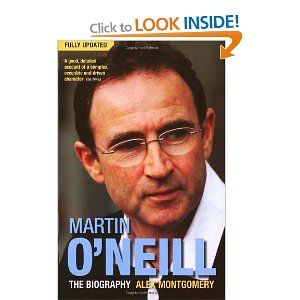 * it would be nice that when the big teams come, rather than the pundits talking about them taking maximum points from the “likes of Sunderland”, I’d rather they were talking about how tough a match it’s going to be and how they could very likely lose.

* It’s very important for the fans to show their support. Since Martin has joined, there has been a noticeable increase in the noise around the stadium – and it certainly seems like the fans’ support is stronger since he joined. That’s the kind of support we want going forward. The better the support, the better chance we have on the pitch.

* Martin has been a tremendously positive influence on the club. Most importantly of course, on the pitch, we are in a much different situation and in a much more positive place and feel much more optimistic. Off the pitch, he has been fantastic as well. He is a very intelligent and engaging guy, easy to deal with and also, importantly, his enthusiasm has lifted the whole place.

Back in 2009, this was his response to the inevitable question – inevitable even in a tame in-house setting – about targets:

Well Niall told me not to answer that and not to promise too much but … I became involved late last summer and our only real goal this year was not to get relegated, and with the money we spent last summer we probably shouldn’t have come as close as we did … we’ll do what we need to do this summer to get this team into a place where we can try to finish in the top 10 next year. I don’t ever want to go through a relegation battle again and I don’t want the fans to have to go through it, I don’t want Niall to have to go through it… And in the longer term we just want to continue to improve and always run things well. I don’t want to promise things and not be able to deliver but that’s genuinely what we are going to try and do.

So in some ways, it is more of the same.

The key difference is we were then managerless; we now now have one of the game’s top managers. And instead of looking back on a narrow escape from relegation, we are staring at a Premier League table showing us eighth, and eighth on merit. And at a club with a chance, provided we can overcome the very tough challenge of Goodison, of getting to within a game of our our first cup final in 20 years.

Sunderland supporters know better than to believe in false dawns or in raising hopes too high.

But Ellis Short has reason to be proud, just as he has reason to look back with gratitude on the foundations put in place by Niall Quinn, John Hays and the Drumaville crew. As for that interview, Mr Short, Monsieur Salut awaits your convenience …