Liverpool supporters may remain calm. Plenty here have attested to historic admiration for the Red half of their city (while perhaps harbouring misgivings about recent events). Here is the backlash: Peter Sixsmith, long ago lapsed as a Long-haired Lover of Liverpool), turns an unaccustomed shade of blue …

And these are his 10 reasons for preferring Everton:

* They are like us – the so-called “second” team. Despite having longer and more illustrious histories than our respective near neighbours, both Everton and Sunderland are relatively ignored by the local and national media in favour of the long running soap operas at the Sports Direct Arena or Anfield. And both sets of fans know that their club to be far classier and far better than their rivals.

See this week’s slimline “Who are You?” – an Everton fan who doesn’t waste words …

… or guess the score

* Like us, they have a manager of integrity. David Moyes is a man who, like Martin O’Neill, oozes it. He has been manager for 10 years and has a reputation second to none. Trophies may be in short supply, but he is a far better manager/person than the likes of Benitez and Dalglish as is O’Neill when compared to Pardew.

* Everton were the first “big” team I saw Sunderland beat. It was an FA Cup tie in 1964, played in front of 64,000 at Roker Park. M Salut and I travelled on the Scarlet Band bus from West Cornforth and had tickets for the Clock Stand Paddock. We won 3-1 against the Football League Champions. Goals from Charlie Hurley, Jimmy McNab (a collector’s piece) and a Mick Meagan own goal took us into that epic sixth round battle with Manchester United.

* They run out to Z Cars, which brings back fond memories of sitting round the Ferguson and watching Charlie Barlow, John Watt, Jock and Fancy and Lynch and Graham battering hell out of the villains of Newtown and Seaport (they probably had a pint or two with reporters, too, without fear of arrest – ed). It’s also something connected with Liverpool, rather than the Rodgers and Hammerstein ditty that the maudlin sentimentalists of Anfield warble at every available opportunity. Incidentally, as we skipped down the steps on Saturday, after comfortably overcoming the Red Half, our stadium DJ played The March Of The Mods. Any suggestions as to why, anyone?

* They play at a right old fashioned stadium, which is good to visit once a season. Parts of it are very similar to Roker and the Bullens Road Stand, where we are situated, is an exact replica of the Main Stand at dear old Roker Park. Both grounds were designed by Archibald Leitch. Beware of elderly ladies sitting with blankets over their knees.

* They have real fans, not the football tourists who turn up at Anfield, replete with cameras, new scarves and Mega Store plastic bags – ideally suited to plastic fans. The atmosphere at Anfield is poor; at Goodison it can be electric. Here’s hoping we can pull the plug on them on Saturday.

* On a couple of occasions, a certain Mr Peter Horan and I have had to go into the main stand at Goodison. We were treated well both times. Granted, one of them was that 7-1 defeat where poor Iain Harte was tortured by Mikael Arteta, but the other was a 3-1 win in 1996, courtesy of a pair from Michael Bridges, one from Craig Russell and a stunning penalty save from Lionel Perez. My word, we drank some ale that night!!

* Talking of ale, there used to be a gem of a pub within walking distance of Goodison, but it was boarded up the last time I was there. The Leigh Arms always opened straight after the match and I have fallen into excellent Everton company there after games. One night involved my brother almost urinating on the live rail (only nearly a p*** artist then – ed) and Bob Chapman going to sleep with a pie on his head, the other saw myself and Mr Horan invited to an end of season do in a city centre pub, where a major fight broke out. Typical Liverpool Saturday night. 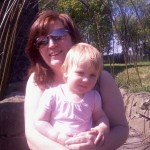 Give the lass a hand: Sheila Webster Was Gibson – great name – abseils from the Stadum of Light South Stand, bikes for ever and is now planning to swim Windermere. She needs the price of a pint to aid a cancer charity in the process … click anywhere on this paragraph to abseil, cycle or swin to the starting point

* My all-time favourite game took place at Goodison – Hungary v Brazil, 1966 World Cup, Hungary won 3-1. Their second goal, scored by Janos Farkas, remains the best goal I have ever seen. It was created by the wonderful Florian Albert (who died last year) and prompted a witty Scouser (these were the days before Stan Boardman and John Bishop) to say: “If I get home and that Albert is in bed with the missus, I’ll go and make him a cup of tea.” Straight out of Jimmy Tarbuck!!

* Final reason – I have a feeling we could claim a famous victory on Saturday.

Next Post
She abseils from the stadium roof; now she’s taking the plunge