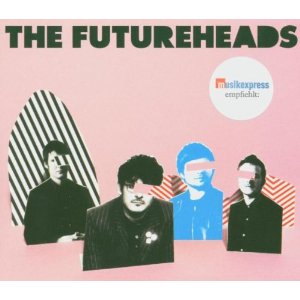 It is not every week that combines a world supergroup in full rehearsal for a gig at the Stadium of Light; a Spanish matador taking on six bulls in one session (not all at once, of course – that would shorten the bulls’ odds of survival too much); talk of Sunderland’s best band, or second best according to taste; and the natural sights of the Carmargue.

I decided to try to make that combination after a lively exchange at the Blackcats e-mail loop about one of the topics, Futureheads.

I know that there are some Futureheads fans on the list – Sunderland’s finest, and all that, though Field Music might contest the title – and that there are some folk fans. So I was just going to say that the Futureheads CD ‘Rant’ is quite extraordinary – all a capella songs. The lass who sold it to me at Rough Trade said that people either love it or hate it. I’m in the first camp, it’s probably unlike anything else you’ll hear this year. And for those who know the song, the version of Richard Thompson’s Beeswing is sensational.

Andy (another Andrew, that is) chipped in to recall a visit to one of my own favourite music venues:

A group of us went to see them in Islington last month – fantastic gig at Union Chapel in Islington, a ‘working’ church so cracking venue – and their a capella set was marvellous (and very well received by the audience). Rant is excellent.

Like the Heads but I genuinely believe Field Music are the most talented and exciting band in Britain at the moment.

Said before, if they were Cambridge graduates and from Oxford or Surrey they’d be lauded like Radiohead. It’s art rock without being up its arse. 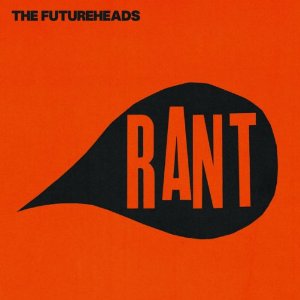 … before Gordon, another Futureheads admirer, raised a fascinating objection to the Beeswing version

For me, Beeswing is one of those sacred songs. I think it’s the finest song Richard Thompson has produced in a 45 year career and it is way up there in my all-time Top 10 by anybody. It brings a lump to my throat every time I listen to it because I think I know who it’s about, if you know what I mean, and I think it does that to a lot of people, reminds them of some free spirit who came into their life, turned it upside down and vanished. It is a song which is so much a part of Richard Thompson that I think doing a cover of it was very brave and hats off to them for that. Christy Moore, who I think has done some good covers himself, made an absolute f****** mess of this one and the Futureheads version is way better than that ….. until they get to the end. In the original the last chorus is completely different and changes the whole meaning/impact/tone or whatever of the song but the Futureheads just repeat the same chorus throughout. WHY would they do that? Did they even realise? Presumably at least one of them really likes the original so they must know, surely, it just shouldn’t be allowed. It annoyed me so much that I just don’t want to listen to it so I deleted it from my version of the album.

Perhaps this is a debate that belongs at Salut! Live, though little going on in football enthuses me just now. In any case it was a debate that made me want to buy Rant, and buy it I will; if you fancy it; too, use this Amazon link.

Another debate that I find it hard to clear from my mind concerns bullfighting; coincidentally, it re-entered the mind as I was following the Futuereheads discussion at Blackcats. I know it is cruel. I loathe the protracted process of weakening and then killing a living creature. I know it is no serious defence of brutality to argue that it gives pleasure to so many. However attached we are to tradition, it is no sin to eliminate bad traditions. And yet I cannot lie: the style, colour, ambience and combat lure me back to the arènes over and again. 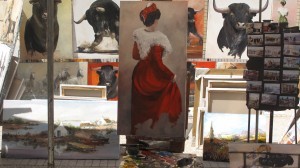 The next paragraph or two ought to be written by Ernest Hemingway, but he is no longer available. He would have known how best to capture the valour and flamboyance of Javier Castano’s contribution to the 60th edition of la feria, the annual celebration of la corrida that attracts thousands of people to the southern French city of Nimes.

La corrida involves six bulls and usually three matadors, each fighting two. Castano, from Jake country in north-western Spain, did it on his own, taking on six fierce specimens from the Miura in Seville, noted for its fighting bulls. It was a historic occasion, described variously as the first of its kind in France and only the sixth in either Spain or France in nearly 100 years. And I was duly impressed by the elegance of the passes, the supreme skills and athleticism of El Chano, one of Castano’s three banderilleros, and moments of sheer intensity as matador posutured perilously close to bull’s horns.

But each bull ended up dead and I doubt it came as much consolation that the crowd cheered and applauded the bravest of them as 600kg of lifeless beast was hauled from the ring. Bullfighters are killed or seriously hurt sometimes, too, and one toreador was felled on Saturday night, briefly unable to escape from beneath the animal’s torso. But with the bull facing the picadors, the banderilleros’ darts and the matador’s sword, this does not make for a fair fight.

So I will lose no sleep if France decides, as Barcelona already has, that enough is enough of this particular aspect of national culture. Will the socialist government of François Hollande grasp the horns of a potentially explosive political issue and ban the practice altogether?

Looking at the importance of la feria to Nimes, and knowing what these events mean to other towns such as Arles and Palavas les Flots, I believe it would take a lot of courage and nerve to outlaw bullfighting. Then you remember that Nimes voted for the despicable far right in the presidential elections and you think ”why not?”. Sadly, however, it would take a ban to stop this animal-loving aficiando looking out for another corrida to attend. Olé.

Joining the crowds in the streets of the city later, it was evident that many were there for the craic, not the corrida. I was among 8,000 inside the arènes; many times that number were out and about in Nimes. Every hotel was booked solid.

Huge car parks were available at the football stadium – an away match in Brittany, incidentally, produced a 1-1 draw against Vannes and confirmed Nimes as champions of the French equivalent of League Two – and a shuttle service of buses took revellers to and from the centre. Everywhere, serious drunking was going on and police helpfully provided coffee and breath tests as people returned to their cars, the subtext being that anyone over the limit and choosing to drive anyway could expect a much less friendly reception at one of many spot checks at exits from Nimes.

Could la feria not, therefore, take place with the same crowds and the same boost to the local economy even in the absence of bullfighting? Perhaps France’s photogenic new cultural minister, Aurélie Filippetti, will take a view different from that of Frédéric Mitterrand, a nephew of the late socialist president François but on Sarkozy’s centre-right, who formally declared la corrida part of the national heritage.

That doesn’t leave much room for Coldplay or flamingos. I saw the former in Nice – and wrote about the occasion at this Salut! link – and the latter in the Carmargue.

Coldplay, I thought, produced a brilliant show that augurs well for next month’s gig at the SoL. I know corporate pop when I see it but this band plays, writes and works well enough to overcome the charge.

And flamingos? Spotted a few the morning after Nimes. It may be their natural habitat but they looked even better at London Zoo earlier in the year … 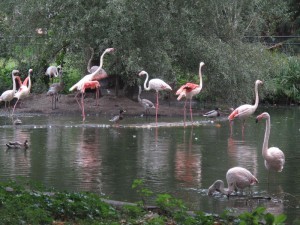 Next Post
A Sunderland footballing odyssey from Gateshead to Southport