Pete Sixsmith has been back at the chalk face, enriching young lives and earning the means to enable him to attend Premier League games again next season. Or will he forsake round footballs for the squashed variety? Ask him at the wrong moment, when he’s just been thinking about Joey Barton or recapturing his Rugby League youth, and you risk hearing a disturbing response …

With the season over, not a huge interest in the playoffs and even less in England’s fortunes, anoraks like myself desperately search for a weekend fix.

This Saturday, for the first time since early July 2011, I spent the sixth afternoon of the week in the house, with precious little to do. I could have gone and watched local cricket, but the effects of a repeat go at the Trans-Pennine Ale Trail to celebrate Gerard Wood’s 50th birthday kept me indoors feeling a wee bit sorry for myself.

However, there was the Sunday to look forward to. And as the 8.31 to Liverpool Lime Street pulled out of Darlington Bank Top, I was eagerly anticipating a day of top class Rugby League at Eastlands Stadium.

For the past seven seasons, the RFL has organised a weekend where all 14 teams have played in the same stadium. They have been to Cardiff and Edinburgh, but this time opted for Manchester and the home of the PL Champions.

The policy, wherever possible, is to have a local derby. So on the Saturday, Castleford and Wakefield, Warrington and Widnes and the two Hull clubs clashed. Next day, Catalans and London and Huddersfield and Salford were non-derby games, followed by Leeds and Bradford and St Helens and Wigan, which most definitely were. 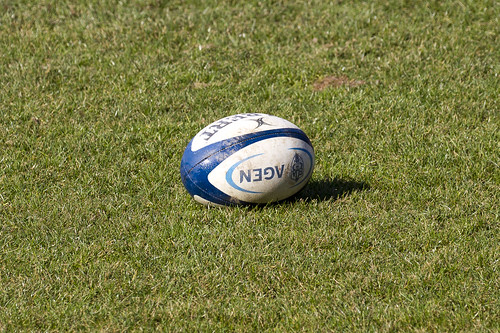 I arrived in time to see all the opening game, played in front of a growing crowd and with plenty of skill but little real passion. Catalans had a noisy bunch of fans in the upper tier, while I searched in vain for anyone from the Broncos. It ended up a comfortable win for the French team.

Next up was second in the table, Huddersfield against lowly Salford. Plenty of support for both sides and a cracking game where the lead changed hands six times before the underdogs clinched it in the closing stages.

The Giants fans sat next to me shook their heads, quaffed their pints and revelled in Town’s dramatic penalty win at Wembley, while Salford supporters, unused to such a glorious victory, cavorted in the sun.

The Leeds v Bradford game (dubbed the “airport derby” by one wag behind me), was no classic as Leeds did their best to turn victory into defeat. Danny McGuire scored five tries but dropped the ball more often than Seamus McDonagh in his playing days and it took that pocket dynamo (love a really good sporting cliché) Rob Burrow to change the game and bring the Rhinos home.

The lower and middle tiers of this excellent stadium were filling nicely and by the time Saints and Wigan appeared, there was a raucous atmosphere, fuelled by beer and local pride. These two are not the best of friends.

As a contest, it was over in the opening 10 minutes as the Pie Munchers blew their rivals away with two stunning tries. At half time, a real beating was on the cards and the Saints fans booed their team off. Shades of The Sports Direct Arena, Nov 2010.

There was a classic brawl which involved all 26 players and ended up with three sent off, which I missed as I had been offered a lift home by my brother and nephew and they had to go to work (whatever that is) the next morning. His car was parked next to that of a Wigan fan carrying the legend “No pies kept in this car overnight”.

So a cracking day out, where I sat with Huddersfield fans to the left of me, Wigan fans to the right, Bradford in front and Leeds and Saints fans in the row behind. All watched the games, roared their teams on and never once involved themselves in raw abuse. When the whistle went to end the games, opposing fans shook hands, not fists. 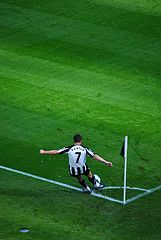 On the way home, there was a discussion about whether such a thing could be possible for the Premier League. It was a discussion as short as the one that goes “Joey Barton is a positive influence on society; discuss”. Answer: No.

We imagined Sunderland and Newcastle fans mingling at Wembley and exchanging banter in a friendly way. The nephew, for some reason an Arsenal fan (although he does follow the Leeds Rhinos – it’s in the family DNA; fourth generation) and possessing a degree in law, said he could no more sit down with a Spurs fan to watch a match than eat his own liver. And could you imagine the fun if Leeds United were invited. Everybody would want a poke at them.

When did football get as partisan as this? When I was nobbuta lad, I used to go to St James’ Park (as it was then) on the Saturdays I could not get to an away game because Jimmy Wilson had checked my paper round collection money. I even went with my school haversack which had SAFC painted in it and Jim Baxter’s name highlighted.

Now, allegedly older and wiser, I will not contemplate setting foot inside the place for the Olympics and if the World Cup Final were played there and I had a ticket, I would give it away – at least maybe.

On the way out, I spoke to a steward and asked him if there were any major differences between this and a football crowd. He thought for amoment and said “This lot drink more, but they can take it to their seats. We had one altercation where we threw some clowns out for throwing beer about, but other than that there’s not much difference. It’s just that we are much more relaxed with Rugby League”.

As our game stumbles through a potential racial minefield – Terry, Poland, Ukraine – perhaps I will start reflecting on whether the later years of my life will be like the early ones and see me rejecting football for Rugby League. It’s much friendlier.

Next Post
Coldplay to la corrida, Futureheads to flamingos