Wouldn’t it be great to think of second top, with the trophy cabinet already overflowing, as gross underachievement? That’s the lot of the Manchester United fan going into the final game and with only the most slender chance of finishing top. John Lichfield, a veteran United supporter and giant of proper journalism, takes the philosophical view. He’d probably agree with Salut! Sunderland that more important than the result is that Old Time SAFC, the Sunderland supporter who fears terminal illness will make it his last game, is made to feel special …

Salut! Sunderland: From Sunderland’s lower midtable slot, it seems hard to imagine Manchester United’s season as a failure but it must seem that way to you.

Of course it is disappointing. We almost always win something. But there have been so many injuries at OT this season that equal top of the table, second on goal difference, is an extraordinary performance. I can hardly remember a single game when MU have played as they have in seasons past but they have carried on winning all the same…

You were busy covering the French elections on Sunday but did you have time for a sulk at reports from the Sports DirectArena?

I checked the scores on the BBC site. I thought that NUFC would do the decent thing but it just goes to show you can’t trust a Geordie.

Great as he’s been on any analysis, is it finally time for Sir Alex to step down?

No. Not yet. There has to be a clear successor avalable and there isn’t… unless Pep Gaurdilao? No I don’t imagine him living in Wilmslow somehow.

Identify what has gone wrong: too many not-quite-good-enough players, Citeh’s money …

Injuries. Loss of form by Rooney at the end of the season. A very young team which bottled it on key occasions.

And if change is needed, and you have not already covered it, what form should it take?

We need a couple of midfield geniuses. Iniesta and Eden Hazard would be nice. Also a new left back. Evra, one of my faourites, is not what he was (divine retribution for his appalling conduct at South Africa 2010? – ed).

Take us back to the final day of the 1967-68 season and your memories of just needing to beat Sunderland for the title.

I used to watch MU home and away in those days. I lived near Macclesfield. It is extraordinary how the pattern is almost repearing itself this year. United were a team on the wane; City on the up (briefly, fortunately). They had beaten MU at Old Trafford 3-1. United had lost games they should have wom – 3-6 at WBA, I remember. But they had got through to the European Cup Final for the first time. On the last day of the season- all 3pm Saturday games then of course – United had to beat SAFC at OT and hope that City lost at St James’ Park. At one point City WERE losing but eventually won – 3-2, I think. United struggled all afternoon against Sunderland and lost 4-3, if my memory is correct (think it was 2-1 – ed). I was there and it was a very frustrating game. There had been some epic matches against Sunderland, including a twice-replayed cup tie in 1964. But we expected to beat you most times we met. Ten days later I was at Wembley and saw United beat Benfica 4-1 to win the European Cup…

You have lived in Paris for as long as I’ve known you. What time and opportuity have you had to see your team play?

I managed to go to the 1999 European Cup final in Barcelona because a friend (John Carlin, later of Invicta fame) got me a ticket. I haven’t been to OT for years but I watch a lot of game son Canal PlusTV and listen to the radio commentaries on the MUTV website.

And what is the history of your support?

Ah. Now you’re asking. My dad was a soccer fan. His father supported City. He supported United but his dad banned him from crossing the city to OT so he switched to Bury which was near to where they lived.The first team I saw was Bury. I started supporting MU when my father took me to a Manchester League game in 1954 when I was five years old. It was Manchester United A team v a team local to us Ball Hey Green, near Leek, Staffs (still a name to conjure with when the football greats are discussed). United had a 16-year-old boy on the left wing called Albert Scanlon, who went on to play with the Busby babes and then Newcsatle after Munich. I becamea fan of Albert’s and therefore of United (Manchester not Newcastle – ed), as kids do. That makes me an MU fan for 57 years!
When I was 13 or 14, going to school in Macclesfield, I started going to matches with friends. I went regularly until I left the UK to work in Paris in 1978…

What do you make of the many Sunderland/United links/Keane, Bruce, O’Shea, Brown, Welbeck, Evans; Bardsley, Richardson etc?

Hope they will do the decent thing and give us a couple of goals on Sunday as Wes did at OT. What’s happened to him by the way. A great but unluckly player, always injured.

And have you seen Sunderland the play at the Petit Theatre de Paris, the production you first alerted me to and which I have written about relentlesly ever since?

No. I wrote about it and interveiwed the author but never saw it.

Who are the greatest United players you have seen, or wish you’d seen? 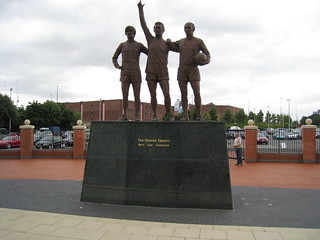 Who should never have been allowed near the colours?

Very few when I was watching in the 60s/70s. Many in the pre-Fergie era.

What are the highs and lows of your time as a supporter?

And what do you make of French football? Will Hollande’s taxes drive the best players and coaches away?

Most of the best leave anyway. Might make a marginal difference. France is still one of the great breeding grounds for footballers but there isn’t the same money here – Paris SG excepted – as there is in Spain, England and Italy.

What form of cheating most appals you; who are the worst culprits and what would you do about it?

Diving annoys me. Suarez is bad. So, unfortunately, is Ashley Young. It has become much more scientific since I first started watching, Some players have learned how to plant their feet in the way of a defender’s foot and simulate a trip. In the hurly burly of a game, it’s difficult for any ref to spot. Only solution is to allow post-game punishment on TV evidence judged by a panel of ex-players.

Is there football played at country level? I didn’t know that. 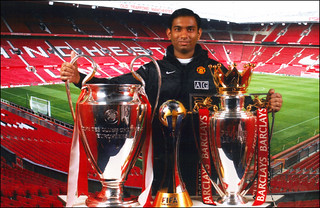 Will you pay more attention to Euro 2012 or the Olympics this summer?

Neither much but Euro 2012 a little more.

Add what is your honest prediction for the two results that matter to you on Sunday: SAFC v MUFC and MCFC v QPR? 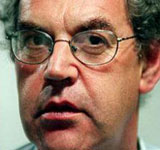 * John Lichfield on John Lichfield:
I could have been the greatest player that MU ever had except for the fact that I was hopeless at football. I’ve been a journalist since October 1972 – almost 40 years! I joined the Bolton Evening News after university. I went on to Agence France-Presse in Paris in 1978; freelancing in Brussels 1980-6; The Scotsman 1985-6; The Independent when it launched in 1986 (the only other recruit from The Scotsman’s London staff was a junior tick called Andrew Marr). I was EU editor at the Indy, then Washington correspondent, then Foreign Edior and now Paris correspondent since 1997. I am married with three children, all of whom hate football. Sigh.

3 thoughts on “Sunderland v Manchester United ‘Who are You?’: the relativity of failure”