Debate around why certain people choose to support certain clubs, why some have no choice and the class divide centring on the early days of the beautiful game got John McCormick delving into the history of Sunderland’s other club …

A few months ago Sunderland Albion were mentioned on these pages. Not long after, I came across a book which made passing reference to them.

It’s an academic tome with the title Association Football and English Society 1863-1915, by Tony Mason, an eminent scholar who also wrote a history of the general strike in the North-East. In writing his book he made use of FA and League minutes, contemporary books and pamphlets, club accounts lodged with the Board of Trade and now in the public record office, and local and national newspapers. (The bibliography lists two pages of these alone; the book really is a thorough piece of research and has to be the definitive work about football in this period).

According to Dr Mason, as he was then (he is now a retired professor), Sunderland Albion never attracted the crowds that Sunderland did and the club was wound up voluntarily in 1892 after successive seasonal losses of £748 and £643. Albion had issued two thousand shares, half of which were in the hands of an accountant, a corn miller, Fenwick’s Brewery and James Hartley, glass manufacturer.

The Sunderland AFC which is our club didn’t have shares when Albion was wound up. It became a limited company only in 1896, when there was criticism that the shares, priced at £1, were too expensive for the working men who provided the bulk of the club’s support. This claim appears to be justified as only 11 people held single shares while wine merchants, a shipbuilding family, a timber merchant, a gentleman, the local MP, the local newspaper proprietor and a brewery owned 50-200 each. 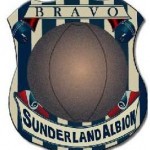 That era was a period of rapid growth for football. In 1879 the Northumberland and Durham Football Association had three clubs affiliated. By 1880, which the SAFC website gives as the year of Sunderland’s first game (v Ferryhill), it had twenty five. By 1889 two thousand players per weekend were involved in matches in the Sunderland district alone.

This, as such facts do, got me thinking. Most of those clubs will have been much as clubs are now, small community associations with a very local footprint. Some, however, will have had ambition, as Sunderland Albion must have had if it issued two thousand shares.

Multiply that nationally and what do we have? Thousands of clubs must have been born within a couple of decades. Many will have died. A few, Newton Heath among them, have not only survived but have followed evolutionary rules to become the fittest of survivors.

The rest may have moved, merged or changed names but will still be around in one form or another. So where are the clubs of yesterday? Who were the Old Carthusians, cup winners in 1881, and are there still Carthusians? What has become of Bolton Olympic, who won the cup two years later? Why the name Preston North End – what other clubs did Preston have?

Then M Salut interrupted my thoughts with his posting of Chelsea, Manchester United, Sunderland: the rights and wrongs of choosing your club. Having just read something of football’s history I was able to post comments. What’s more, by checking some of the notes in Dr Mason’s research I was able to put together some questions to tax even the most ardent of club historians – or was I?

Before you find out, just to satisfy your curiosity and bring you a flavour of those early days, here are the answers to my ponderings above:
Old Carthusians are ex-pupils of Charterhouse School. They and other public school old boys such as Wanderers and Old Etonians were prominent in the Football Association and dominated the FA cup in its formative years.Today such old boys tend to play in the Arthurian League. That’s where the Old Carthusians are now, still doing the business. They recently won its premier division.

In contrast, Blackburn Olympic were formed by the merger of two smaller local clubs with no public school origins or ethos. They became the first working class team to win the cup, beating Old Etonians on the way. Their win was damned with faint praise by The Times because the Olympics had prepared by training, something their aristocratic betters wouldn’t contemplate, but they received a rapturous reception on their return to Blackburn. However, as other clubs adopted their methods and richer clubs (including Blackburn Rovers, whose origins were decidedly posh) poached their players Blackburn Olympic declined. In 1886 financial difficulties forced them to reduce their players’ wages and they folded a few years later. An amateur club formed in 1954 and playing in the Blackburn Combination League carries on the name.

Preston North End has its origins in cricket and it was 15 years after its formation, and after trying rugby, that the club played its first game of football. The name helped to distinguish the club from those in other parts of Preston. One of these, Preston Swifts, attended a meeting to discuss the formation of a British Football Association in 1884 but I have no other information about it.

Such are the growing pains of Victorian and Edwardian Sport: upper class and working class clashing and combining, professionalism being eschewed and espoused, clubs growing and dying. And into this came Sunderland, formed 1879, turned down by the football league in 1889 and its champions by 1892.

Which brings me back to us. Here, courtesy of Prof Mason, are some questions from our history which might add a little more flavour to any discussion of those times:

How many games did Sunderland play in April 1894?
About half of the Sunderland team of the 1890s were alleged to be what?
In 1896 who said he wanted to buy shares in Sunderland AFC?
In 1904, why did the FA fine the club £250, suspend three directors for three years and severely censure the players?
Why was Colonel Gibson Poole suspended from all football management in 1910?
What caused the abandonment of a Man City-Sunderland cup tie in the years before WW1, and what happened subsequently?
Why was the FA’s action after the 1913 cup final controversial?
Feel free to post your ideas. I won’t respond but will give the answers in a week or so.

Next Post
Goldy’s Logic: how Olympics athletes had it cushy compared with unloved footballers