John McCormick, the third Sunderland supporter to collect his thoughts and write on these pages about the agonisingly late recognition of Hillsborough truths, has a special reason to care enough to say what he thinks. Liverpool his adopted city, his children’s birthplace and the place from which friends and colleagues set off that day in 1989 to watch a game of football in Sheffield …

I thought long and hard before writing this. I was thinking of writing well before Jeremy posted on September 12 but I wasn’t there, at Hillsborough on April 15 1989 and have no links with any of the 96 or their families, so perhaps writing would make me a fraud.

Besides, enough people have already written eloquently and painfully of that day; what difference would I make?

However, I live here in Liverpool and I’ve been party to, if not part of, the suffering and humiliation that some decent, upstanding, law abiding citizens should never have had to endure. I’ve seen my home, the city where my children were born, dragged through the mud to protect reputations and save careers. I need to bear witness to that.

I did have colleagues who were there, and friends, and a couple of relatives. Thankfully, they all came home, bringing with them a tale of chaos, of incompetence, of blind insensitivity. But you didn’t need to be there, or in Liverpool, to know that. It was obvious from the TV pictures that were beamed around the world. What wasn’t so obvious was that the blame-shifting had begun.

As the early days grew into weeks, while the funerals were still taking place, the blame-shifting grew. Aided by The Sun, whose grotesque banner headline calumnised both the living and the dead, the lies were made real. Liverpool fans robbed the dead, Liverpool fans were drunk, Liverpool fans urinated on the police and stopped them doing their job. Lies – tell them enough and they become the truth.

Not this time. Not in Liverpool, not ever. We’ve known enough of the real truth from the start, and with that knowledge came the will to fight lies and evasions, injustice and moral cowardice. It was this which helped the families of the 96, with support from members of LFC, the Liverpool Echo, local MPs and the whole of Liverpool, to keep going until the whole truth came out.

The first intimations of that truth were not long in coming. A public inquiry led to the Taylor report of 1990, which found that the main cause of the disaster was “a failure of police control”.

However, that could never be enough. Taylor did not address many of the issues which required an answer, including the extent of any cover up, the action of the coroner, the culpability of individuals. That took another 20 years. Another 20 years of legal action, prevarication and suffering that could have been avoided had some people had the decency and the honesty to speak out or, in the case of Kelvin MacKenzie, the decency not to speak.

What now? I can’t easily describe the atmosphere in Liverpool. The word vindicated has been used and perhaps the cloud we’ve lived under is moving away. Even so, there’s no sense of jubiliation, no feeling of conclusion. The mood is sombre, reflective, quiet. The report can’t change the past. It can’t bring back the 96. But now the truth has finally come out, bringing with it the possibility that people will be held to account, that new inquests will be ordered, there’s a feeling that we might be able to move forward and ensure there is justice for the 96.

Twenty-three years and still waiting but at least, at last, we have the truth. 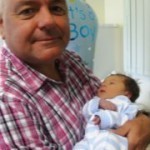 20 thoughts on “Hillsborough and a Sunderland view from Liverpool: no ‘sense of jubilation’”