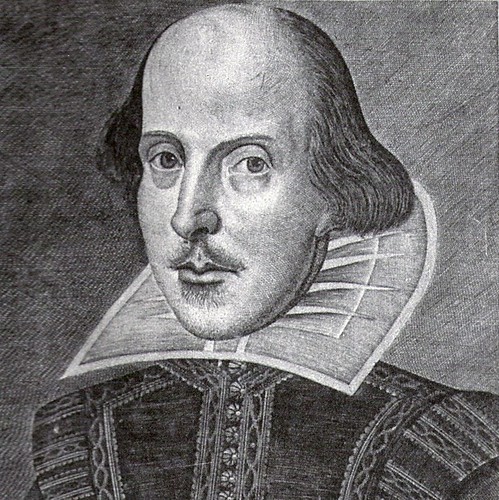 Image: tonynetone (who had to doorstep William – or is it John McCormick? – for days to get this shot)

Out of the Henrys who have ruled England, Henry II would have been of more interest to Stéphane Sessegnon, assuming our Sess shares Lorik Cana’s hunger for cultural and historical knowledge – Henry was born in Le Mans, Sess played there. But for John McCormick‘s lurch into English Lit territory as his prelude to the Wear-Tyne derby, Henry V’s your man. Here’s hoping for no Shakespearean tragedy cometh Sunday …

Once more onto the pitch, dear team, once more;

And close the midfield with a wall of red.

Off-season nothing so becomes a man

As modest stillness and humility:

But when the fixture list is in the news,

Then imitate the action of the tiger;

Stiffen the sinews, summon up the blood,

Then lend the eye a terrible aspect;

Now set the teeth and stretch the nostril wide,

Hold hard the breath and bend up every spirit

To his full height. On, on, with noblest Mackems.

Whose blood is fet from pitmen!

Pitmen aye, as well as shipwrights who,

Have in these parts from morn till even stood

And shouted for their team on many Derbies:

Dishonour not their mothers; now attest

That those you call fanatics do beseech you.

Be skilful now to men of black and white,

And show them how to play. And you, good fullbacks,

Whose limbs are made of iron, show us here

The mettle of your pasture; let us swear

That you are worth your contract; which I doubt not;

For there is none of you so mean and base,

That hath not noble lustre in your eyes.

I see you stand like greyhounds in the slips,

Straining upon the start. The game’s afoot:

12 thoughts on “Barred from losing a SAFC-Newcastle derby? Ask the Bard”

Next Post
In Yorkshire near Rotherham, an encounter with Essex’s finest and England’s worst