Wednesday, even late in the day, can seem a bit early for the “Who are You?”. After the Villa defeat, Salut! Sunderland cannot wait to move on, even if modern history makes us approach Everton away with apprehension. Luke O’Farrell* writes about his club and our weekend hosts, Everton, at ESPN Soccernet and at his own blog**. He responds to our questions with commonsense but also confidence, likes us but expects a straightforward home win …

Salut! Sunderland: Big, physical long-ball merchants,a bit like  Stoke. Do you recognise those comments, attributed by The Guardian to Steven Gerrard, as describing the Everton you know and love?

Thankfully, he could not be more wrong. The post-match statistics and his quick retraction said it all. Long-ball football is a pet hate of mine but I am more than happy with Everton’s current style. The recent comments from Martin Jol are a more honest and accurate assessment of our football.

Each season, often after a dodgy start, you seem about to take off only to regress. Is the serious revival nigh?

As you say, the problem is the slow starts. We usually wake up around January but we leave ourselves with too much to do. The last time we started this well was 2004-05 and we finished fourth that season. If that is a sign of things to come, I will happily accept that.

David Moyes has universal respect. Assess him and his prospect of being the manager to lead Everton to a new era of glory.

Given the mess we were in when he took over, I cannot praise him enough. He has taken the club from relegation battles and yearly struggles to regular Top 8 finishes and several cracks at Europe.

Everton’s money problems are well known and, for that reason alone, it is imperative that Moyes takes Everton forward. There would be no obvious replacement, especially given the constraints they would be working with. Mr Kenwright needs to get his signature on that new contract sooner rather than later.

Where are your real strengths and where do you really need to improve?

The midfield is low on numbers but we have a number of quality players in there. When they are fully fit, the quintet of Pienaar, Gibson, Osman Fellaini and Mirallas is by far the strongest part of the team. In terms of strengthening, the list is lengthy as we lack depth in a number of areas. In terms of importance, a backup goalkeeper and another central midfielder are imperative.

Is there anyone in Sunderland’s squad who could slot in to the Everton team to good effect?

Stéphane Sessègnon is a very good footballer and could slot straight into the Everton side. Steven Fletcher is another but we would struggle to fit him into our current system.

What impressions do you have of SAFC – the club, its fans, the region – and how hard is it to suppress a gloat about most recent results in games between us?

The region and fans seem similar to Everton; they appreciate their history and they know their football. Most northern cities can probably relate to one another in some way. You cannot take anything for granted but it is hard not to view Sunderland as a routine win. Unbeaten in our last 18 meetings, I must admit, I do look forward to the Sunderland’s yearly visits.

Broadly speaking, there’s great rapport between yours supporters and ours. Any ideas on why that should be the case (unless it’s just the player/manager links – Reid, Bracewell, Kilbane, McCann and many, many more)

Going back to the earlier question, I think the two sets of fans are very similar. There are no pretentious airs and they both have that famed ‘northern humour’. Having two of Everton’s most successful side (Reid – Bracewell) playing a part in Sunderland’s history can only help matters.

Best players you’ve ever seen  – or wish you’d seen – in Everton blue? And who should have been allowed nowhere near the shirt? 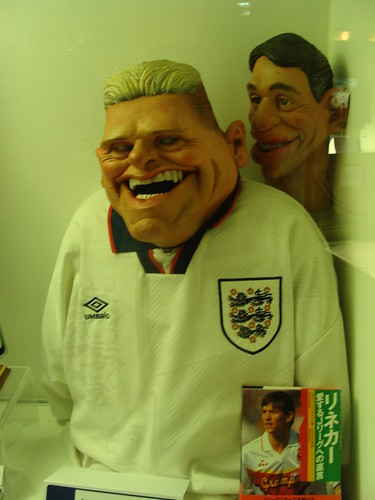 When I was 11, Paul Gascoigne provided a glimpse of former glories in an FA Cup win over Leyton Orient. That always springs to mind when asked this question but for sheer consistency; it would have to be Mikel Arteta. He made football look easy and I’d have him back in a heartbeat.

Moyes had a go at divers before your derby, But did Leon Osman add a new dimension to simulation at Sunderland last season – or have we completely misunderstood his fall-over-own-feet-and-claim routine?

I genuinely think he was embarrassed at having fallen over his own feet, so he took the easy way out and appealed for a penalty. Although, it was totally out of character, he is not that sort of player. I guess I can only apologise on his behalf.

Which form of cheating most annoys you and what would you do about it? Have refs gone too far in the other direction with some of the cards shown for diving?

Feigning injury and diving. In terms of punishment, I would use retrospective replays and issue suspensions to those found guilty. It is shameful to see players throwing around when there has clearly been no contact.

Sadly, the pigheadedness of those involved is astounding. Last season, video replays clearly showed Gareth Bale diving on several occasions but him and his manager both refused to admit it. For me, that is just as bad as the initial dive as it compounds the problem.

Club vs country. Which comes first for you and why?

Despite each new England boss claiming otherwise, it is still reputation and club name over form. For that reason alone, it has to be Everton.

Name this season’s Premier top four in order, the bottom three and major trophy winners – and where will our two sides end up?

With no clear favourite, I will stick my neck out and say Everton can sneak 4th place. Over reliance on Fletcher is a concern but I expect Sunderland to finish around 10th – 12th.

Yes, I’ll be shouting various obscenities from the Gwladys Street. At the risk of jinxing the match, I’m going to go for Everton 3 – 1.


* Luke O’Farrell on Luke O’Farrell: university made me realise that information technology was not for me, so I started my own Everton blog then ESPN approached me this summer. Now, my aim is to build on that and look into making a career out of freelance writing (fingers crossed).

I went to my first match aged six and that was it. We lost 3-2 to Bradford in an FA Cup upset but it didn’t matter, I wanted more. Gwladys Street season ticket holder for many years and suffered the three recent trips to Wembley.

Luke’s own blog: View From the Royal Blue Mersey

2 thoughts on “The Everton Who are You?: ‘how we look forward to playing SAFC!’”