From being the toughest club at which to find “Who are You?” volunteers, Stoke City is now a source of fascinating sets of responses by fans as committed to their club as we are to ours. Russ Dutton*, probably a useful man to know in the Potteries if you need help on legal matters, is a supporter from boyhood. He tips both our clubs to stay up as the expense of Just Guess Who …

Salut! Sunderland: Where did your brush with the relegation battle come from? Stoke seemed comfortable mid-table earlier in the season?

I have very little idea because with our squad which we have invested so heavily in over the last 5 years it has come as a great surprise to many. However having said that we haven’t been performing well from January onwards really. Indeed since the Cup Final against Manchester City most Stoke supporters would struggle to name too many games they have enjoyed either home or away. Fortunately at the time I type this we have just had two wins on the bounce and reached 40 points with three games to go and looked at lot more like the old Stoke, passionate, committed and getting results.

You’ve done better than us in recent days and 40 points probably feels safe! But if the worst did come to the worst, would Stoke do a Newcastle and bounce straight back or would it be the Championship for a longer haul?

I think it’s incredibly difficult to know how either Stoke or Sunderland would do if they dropped to the Championship, that league is even more brutal than the Premier League. This is proved this year by Blackburn, Bolton and Wolves who are not taking the league by storm with only one having the slightest chance of promotion and the other two looking like relegation candidates. Obviously you have additional concerns after the 6-1 loss at Aston Villa which came as a surprise and no doubt that will affect your confidence coming into the game, for us it would take an incredible run of results for us not to have enough points already.

Is Tony Pulis losing his touch or should Stoke stick with him?

Wow what a difficult question! To any outsider it probably seems absolutely mad to suggest otherwise but there is a real debate going on both on social media and local radio and now even the national media about Tony’s future amongst Stoke fans.

Even his great friend the chairman is giving nothing away and saying his future will be determined at the end of the season. The problem is that from any perspective you could list as many of Tony’s achievements (and there are many) against an equal amount of his failings (and there are many) and make no mistake there are arguments a plenty being had between supporters on this very subject.

In my opinion I am nudging towards Tony going at the end of the season with our gratitude for what he has achieved and although risky dependent on the replacement with the amount of money we have spent (£80 million net) we should be seeing better football than we do.

On the contrary there are obviously those that argue results matter not performances and in today’s premiership with its financial rewards who could argue with that. This emphasises the incredibly difficult decision both Stoke fans and more importantly the chairman has to make in the close season.

An Arsenal fan told me the other day that he wanted Stoke relegated solely because fans made a point of booing Ramsey and cheering Shawcross. I know there’s no love lost between the two clubs but that’s your view of that?

Don’t start me on this one, I haven’t heard one independent observer on this subject say that Shawcross was in any way intentionally intending to hurt Ramsey and this whole affair brings shame on Arsenal in my view. This issue could have been resolved straight after the incident with a photo opportunity between the two players organised by the two clubs and a statement from Arsenal saying Ramsey accepts Shawcross’s apology and we all could have moved on. Unfortunately Arsene Wenger didn’t allow it even though on the basis of my understanding despite media pronouncements to the contrary Ramsey doesn’t blame Shawcross at all for the tackle but is being prevented from making any conciliatory statement by his manager. Arsenal fans complain about Stoke fans booing Ramsey but then do the same to Shawcross and sing songs about him that are ridiculous and anyone who knows Ryan know he is a family man and he isn’t that type of player at all. Stoke fans boo Ramsey not because a Stoke player broke his leg in an incident but because Arsenal won’t let the incident go and its raised every time we play them.

As for them wanting us relegated its only because they usually have a very very difficult game at our place!!

A lot of people try to lump Stoke together with Millwall, Cardiff and one or two others with present or past reputations for yobbishness among a large minority of fans. Fair, unfair or a relic of another age?

Unfair, if it ever was slightly fair it’s from a different era, I’m sure all Premier League supporters would say they have had nothing but a great experience on their visit to Stoke apart from the cold stadium and the atmosphere speaks for itself both in respect of noise and behaviour. It’s certainly a fact that there is a younger more family orientated element to our support now. 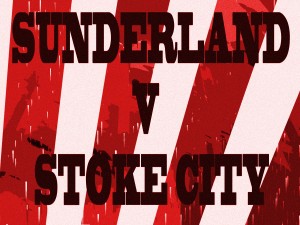 Sorensen, Kenwyne and Whitehead remain but the Sunderland old boys factor seems to be in decline. What’s your judgement on their contributions (including (Collins, Delap and others I may have overlooked)?

Sorenson has been out of the team for a while but in the early part of our premiership stay was incredible and is still a crowd favourite.

Kenwyne is a player who divides opinion as you will know, and is someone who has spells of form where you think wow what a talent and other times you think is this guy bothered. He nearly moved on in January and has recently been dropped for Crouch.

Deano is a player whose commitment can never be doubted and has scored some vital goals but his main job for us has been in the holding midfielder role, out of contract in the summer and leaving it appears. Another one who divides opinion but I’ve always liked him.

Rory is one of the players most associated with our Premiership tenure but to be fair he hasn’t featured now for a while and is currently on loan at Barnsley and out of contract in the summer I believe. Rory has done so much for the club as a player, and the area in respect of charity work it deserves an article on its own, he is a great player who had so much more than a long throw.

What have been your highs and lows of watching Stoke?

So many of both, but one has to be winning 5-0 in the FA Cup semi-final against Bolton a couple of years ago and the subsequent final even though we lost. FA Cup semis were supposed to be nervous but that one turned out to be one of the most enjoyable occasions watching Stoke in recent memory. The biggest low I can recall is many years ago at Wigan’s old Springfield Park ground in the late 80s-early 90s under Alan Ball. We lost 4-0 and at that time were about 14th in what is now League One. One of our players got sent off I believe deliberately just to get off the field and the manager was abused and spat on at the end and resigned straight away. Fortunately that lead to Lou Macari being appointed and the renaissance began.

Who are the greatest players you’ve seen or wish you’d seen (Sir Stanley, Gordon Banks spring to mind) in Stoke colours and who should have been allowed nowhere near them?

In my lifetime obviously Alan Hudson one of our all time greats, but for me personally for one or two seasons in the early 80s Mark Chamberlain. He was the best player I’ve personally seen playing for us. He was unplayable for a season and a half a bit like Gareth Bale now and he tore defences apart with his pace and skill. Regarding players who we should never have signed there are too many to mention and I’m sure you could say the same at Sunderland!

Any thoughts on Sunderland – the club, the fans, the region?

Very similar to Stoke in many respects, a good local club with local fans who love their team and expect full commitment from their players and nothing less. We have so many similar traits in relation to the area ie heavy industry which is long gone and an unfashionable tag which is wholly unfair. The last time I went to a game at Sunderland we drew 1-1 many years ago under Tony Pulis I remember Svard scoring for Stoke but that’s it really but we were treated brilliantly by everyone up there.

Man Utd are champions. What will be the top 2-4 in order and, hand on heart, who is going down?

Has cheating become so commonplace that we may as well accept it as part of the modern game? If not, which form most annoys you and how can we stamp it out?

It’s scum and again is one thing our two sets of supporters have never tolerated and are united about. Diving, waving imaginary cards, etc its all the same, and a retrospective panel should be set up to deal with and 3 game bans handed out to stop it.

What single step should Stoke City or the football authorities take to improve the lot of the ordinary supporter?

Our club have a supporters’ council which is currently involved in our 150th anniversary celebrations which unfortunately so far have been very low key. There will be a celebration at the Spurs home game next week but I and many others want a game against high profile European opposition to mark it but the club don’t seem to be interested in it. Ordinary supporters just aren’t listened to full stop.

The club v country debate: who wins for you and why?

I’ve lost a significant amount of interest in the national team for whatever reason so it’s Stoke as a number one priority for me. I used to religiously watch England games but it doesn’t bother me now if I miss it particularly friendlies. Maybe the reason is I don’t think the players are committed to it like they used to be.

Will you be at our game or watching on the TV? What will be the score?

* Russell Dutton on himself: Married to Lisa with one child Keira, I run my own law firm Duttonlaw in Staffordshire and have been following Stoke since 1977 which started with a defeat at home to Blackpool 2-1 and aged 7, I cried all the way home.

Since then we’ve had promotions, relegations, takeovers, a ground move and numerous other issues but at the end of the day my support for my club has never wavered and my family have been proud season ticket holders for many years prior to promotion.

It’s certainly been a rocky road of highs and lows since then and in the recent past its been more highs than lows but I know one thing certain football never fails to excite, demoralise and frustrate sometimes in one game! Best wishes to everyone and I hope we both stay up.