We went early with Guess the Score and have already had a good few entries. Check the replies at https://safc.blog/2014/02/sunderland-vs-manchester-city-prize-guess-the-score-its-their-cup-final/ and see which scorelines remain available. I’d prefer you to leave your predictions there but will regard any here as eligible provided they are the first to nominate a particular result. Read on for a lovely story from Hetton and then the details of the competition …

From Nic Wiseman , co-creator of It’s The Hope I Can’t Stand …

The following notice appeared in this week’s newsletter of Hetton Lyons Primary School:

To recognise Sunderland’s achievement in reaching the Carling Cup Final (sic) on Sunday we will be allowing all children to come to school dressed in red and white on Friday. The children who have Sunderland kits may wear them for school. We will have a black and white day when Newcastle have something to celebrate. 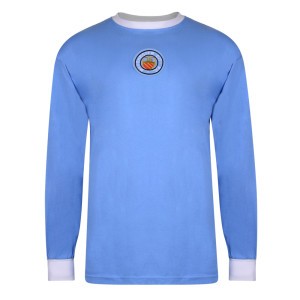 Finally, here’s an extract from our cup final “Who are You?” which can be found in full at: https://safc.blog/2014/02/manchester-city-who-are-you-1973-memories-make-hairs-stand-on-end/

Next Post
From our archives, four years ago today: Wembley Countdown, Colin remembers