TalkSPORT has been kind to Salut! Sunderland. We had a good ‘Who are You?’ with Micky Quinn before a SAFC vs Liverpool game in 2011 – https://safc.blog/2011/03/who-are-you-mick-quinns-divided-liverpool-and-newcastle-loyalties/ – and an outstanding one with Melissa Rudd, as assistant producer, before her club, our other recent opponents Norwich City, visited the SoL in December (https://safc.blog/2013/12/safc-v-norwich-who-are-you-the-worst-keeper-ive-ever-seen/. Now The Moose – Ian Abrahams* – looks at Monday’s clash between Sunderland and his beloved Hammers, dismisses as nonsense the charge that his radio station is Londoncentric, tickles our tummies by saying we’ll stay up and fondly remembers Pop Robson’s playing days …

Salut! Sunderland: Big Sam set 38 points as the target which may actually be higher than needed and eminently achievable anyway (especially after three more points for the Hammers in midweek). Is avoiding relegation a satisfactory outcome for the season?

I think unless you’re one of the top seven (Man Utd, Man C, Chelsea, Arsenal, Spurs, Liverpool & Everton) then avoiding relegation always has to be the first goal at the start of any season.

What explains that truly awful patch when you were shipping so many goals or, indeed, the later recovery in league games?

I hate using injuries as an excuse but we were missing key players and confidence was a rock bottom, the return of Andy Carroll for the Cardiff game provided the springboard for that great run we had in Jan and Feb .

Who have been West Ham’s rocks this season and where are the chief weaknesses?

As with every season Mark Noble has been a rock, plus the young keeper Adrián (tactical or diplomatic omission: Ian identified no weaknesses -ed).

And is Big Sam the best man to take you forward – and what should “forward” mean?

Big Sam needs to be backed in the summer transfer market and then West Ham can move forward, which I guess is to start finishing 7-10th in the league rather than 10th-14th.

Post-Olympic stadium: cannot wait to be there or a dangerous move?

Many other clubs have left their iconic homes including Sunderland leaving Roker Park for the Stadium of Light. If West Ham are to grow and move forward, it is necessary and I suppose the proof of the pudding will be in the eating as they say. 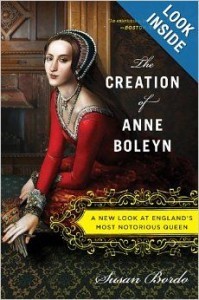 Unless already dealt with above, what will leaving the Boleyn mean to you – and explain to uneducated northern types why it’s always the Boleyn, not Upton Park?

Before it was redeveloped, Upton Park was like no other ground with the stands on top of the pitch, night games were incredible. The ground is named after Anne Boleyn who it’s believed owned a house on Green Street, where the ground is and the ground is said to be haunted by one of her maids who died in child birth, also explains the badge with the castles.

Any great, rotten or funny memories of past encounters between our teams?

Not really. I only really associate the fixture with one of my favourite West Ham players Pop Robson, who played for both in the 1970s.

And your thoughts on Sunderland, the club, the fans, the region?

I know Gus Poyet and have always got on with him well. I was at his first ever press conference when he arrived from Chelsea. I have only ever been to Sunderland once and being honest the one thing I would say is it’s High Street is nicer as a place than Middlesborough lol.

The national media, print and broadcast, is often accused (in the North) of being Londoncentric. Fair point or nonsense?

Complete nonsense there is more coverage of the Manchester clubs and Liverpool, a North West bias maybe.

What have been your highs and lows as a Hammers fan?

High in my lifetime 1980 FA Cup win and yes aged 11 I was lucky enough to be at Wembley. Low the death of Bobby Moore. I am lucky to have met Martin Peters and Geoff Hurst many times, but although I worked on the same radio station in London as Bobby, I never actually got to meet him.

And the best players you’ve seen – or wish you’d seen – in Hammers colours? Can you think of any who should have been allowed nowhere near the colours?

Best players I have seen – Trevor Brooking, Billy Bonds, Alan Devonshire, in fact any on that 1980-81 team. Worst too many to mention but Savio and Marco Boogers are right up there. [As for the worst …] again way too many to mention.

Name this season’s top four in order. And who – let me sit first – is going down?

England have little chance of winning but still excited … I remember the first I watched in 1978 and am always excited by World Cups.

TalkSPORT: what is it like working with former players you probably admired – and addressing an entirely football-friendly audience?

Weird but you just see the ex-players as people not ex-players/legends. I work a lot with Ray Parlour who is just the best company, but I often forget how much he won and that he was a part of the Arsenal Invincibles.

What most inspires you about modern football, and what appals?

I’m inspired by players who try. They may not be the best players but always give 100 per cent. I hate diving and pulling in the box at corners.

I will be watching from home on TV and I’m predicting a 2-1 West Ham win – Andy Carroll to get the winner.

* The Moose – Ian Abrahams of TalkSPORT, to which our usual thanks – – on himself: I am a sports reporter/broadcast journalist. I started in 1992 and have covered or been working at every sporting major sporting event, including World Cups in Germany and South Africa, where I interviewed Pele and Euro 96, 2008 and 2012. My uncle first took me to West Ham when I was seven in 1976, and I guess as with Sunderland fans, it’s about supporting the club and tradition rather jumping on the bandwagon of success. Of course now I cover West Ham I am very lucky to count ex-players as friends and to get to know the current players too.

** The Creation of Anne Boleyn: A New Look at England’s Most Notorious Queen by Susan Bordo can be purchased at the usual knockdown price while you’re visiting the Salut! Sunderland Amazon link in search of books on Charlie Hurley and Niall Quinn.

1 thought on “SAFC v West Ham ‘Who are You?’: TalkSPORT’s The Moose hunted down”