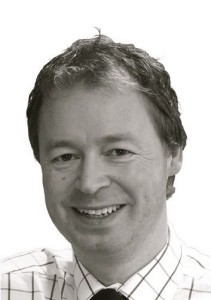 Pete Sixsmith offers a generous but thoroughly deserved appraisal of Graeme Anderson, who has performed with great style and accomplishment the delicate tightwire act of reporting on SAFC for the local paper without falling off either side (self-destruction or obsequious compliance) for a long stint that is now ending as he enters the world of freelancing. See also the comments of Ian Todd*, co-founder of the SAFCSA London and SE branch, who alerted M Salut to Graeme’s departure …

I once worked for a (not very good) head teacher who said, on numerous occasions: “Change is important; without it we ossify.”

He did have a point, although the changes he introduced were usually disastrous and took the school to the edge of oblivion.

What he failed to realise was that folk don’t like change as it challenges them and also because we have little or no control over it. It makes us look back with misty-eyed nostalgia to days when we believed everything was better than it is now and that now is nowhere near as good as it was then.

Of course, that argument is nonsense. Things are much better now, but we sometimes want a more gentle and personal approach to life, and for many of us life means football and Sunderland AFC in particular.

We lost one of the great pillars on which our support rests when the Football Echo ceased to be a physical entity in January of this year. No more newsprint on fingers, no more scouring the Football League results on a Saturday night, no more trying to persuade Lawrence, Bishop Auckland’s premier newspaper seller, to flog you one. The Pink went digital and a piece of our lives died.

Now, the Echo’s chief football writer, Graeme Anderson, is leaving to pursue a career as a freelance. He has been the man at Roker and the Stadium for 25 years and has witnessed an awful lot; some good, some bad, some exhilarating, some depressing. But all of it has been reported in a calm and balanced way by someone who is a writer first and a fan second.

In our 50 years of following Sunderland, Graeme is only the Echo’s third principal writer on SAFC. In the 60s and 70s it was Bill Butterfield aka Argus, a man prone to an ice-cold assessment of the club. In the dark days of the latter parts of those decades, his key phrase “and Kerr could not be faulted on the score of effort” summed up the dismal state of our club.

When Argus retired, Geoff Storey took over and was a much warmer and more rounded character, who cared for and loved the club, but who was determined to report on it objectively. He operated in the days before media managers and players being put up for interview and gave us a clearer picture of what was going on.

Graeme replaced him and walked into an era when stories were placed by clubs and if journalists didn’t like it, they could lump it. For a paper like the Echo, it would be terminal to upset the powers that be at SAFC and it would be all too easy to be nothing more than a mouthpiece for whatever the club wanted.

Graeme avoided this and always gave his readers a reasoned and objective view, supportive when required, critical when needed. He will be, or ought to be, missed by all Sunderland fans; Chris Young, good as he is (very good in my view -Ed) has some mighty big shoes to fill at wherever the Echo is produced nowadays.

I shall miss Graeme’s sharp and pithy observations in the Football Echo and, on behalf of all at Salut! Sunderland, from retired pros (steady with the “retired” – Ed) to enthusiastic amateurs, wish him all the best in the future. He has written a series of memories (start at http://www.sunderlandecho.com/sport/sunderland-afc/end-of-an-era-thanks-for-the-memories-1-6752803) which are on the Echo website and offer excellent reads. I especially enjoyed the one about Roy Keane and his stare.

Sunderland’s football reporter used to go under the nom-de-plume Argus and my memories of the Sunderland and Football Echos go back far enough to have known personally Bill Butterfield (who retired from the paper after 50 years service in 1979) and Geoff Storey who took over the reigns.

Latterly those duties have been in the hands of Graeme Anderson (without the pseudonym) who I never met but whose words I read as assiduously as those of his forbears. Our relationship has been no more than an e-mail one but Graeme was always eager to hear news of London branch matters and give them due publicity when merited. I can claim to have met his successor Chris Young (on the touchline at the only Academy match I ever attended as it happens) and will be just as eager to read his views on club matters but I shall also miss the duopoly of their coverage and wish Graeme success in his freelance career change.

Next Post
Postcard from Portugal: Richy’s quick introduction ahead of Sunderland’s opener