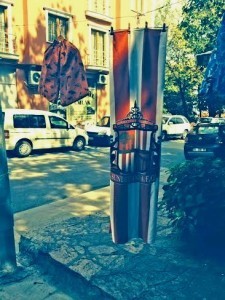 All the way from the Black Sea comes this sign of the globalisation of Sunderland support.

The picture comes from a Spurs supporter, George Dearsley, an acquaintance who cut his journalistic teeth on the Northern Echo.

“Walking today through the little Turkish fishing village (Sile, near Istanbul, pronounced she-lay) where we live much of the year … imagine my surprise when I spotted this towel,” he writes. “Now you often see Man Utd or Chelsea towels on the market on a Friday but this was a first. Is there a closet Mackem fan club in the village?”

Word, like that towel, travels fast and George added this PS: “How lucky were the Black cats last Saturday?” Oh, George, almost as lucky as Spurs when they brought their own ref, Kevin Friend, along to a game at White Hart Lane to ensure three points in 2009. 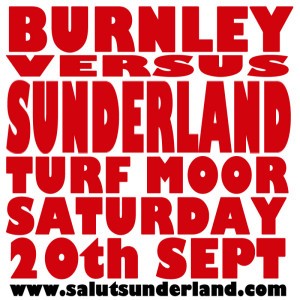 And now on to Burnley versus Sunderland.

They need a win after two draws and two defeats, we need one with just an additional point separating us. Will we finally get three points in one go?

Have a go at Guessing the Score.

Monsieur Salut’s decision will, as usual, be final but the rules are simple enough. Be first to get it right, before kickoff, and whoever you support you will win a dressing room mug from Personalised Football Gifts with your name on the No 12 shirt. All subject to modification for a Burnley-supporting winner.

Ferocious postal charges mean you must have the mug delivered to a UK address.

Try your luck and, if you predict more goals for Sunderland than Burnley, be right.

* Bill Cowell OBE is a Sunderland supporter who waited 77 years for a mug from Salut! Sunderland. He’s the winner of the first edition of Guess the Score sponsored by Personalised Football Gifts. Read his fascinating story of a lifelong passion at https://safc.blog/2014/09/burnley-vs-sunderland-guess-the-score-and-meet-the-spurs-game-winner/