Mark Solomons*, a recovering tabloid journalist and lifelong Spurs supporter, reckons his lot will romp to a 3-1 victory on Saturday though he’d settle for the usual own goal. In a lively exchange, with touches of self-deprecation, humour and classic Norf London superiority, he damns Danny Rose with faint praise, affects to believe former Spurs hero Gareth Bale doesn’t dive, heaps acclaim on own former goalkeeping star Chris Turner and, as a non-practising Jew, defends the “anti-anti-Semitic” Yid chants …

Salut! Sunderland: Can Mauricio Pochettino grab a top four place this season or does the crushing home defeat to Liverpool expose too many remaining weaknesses?

Mark: Yes he can. But if we assume City and Chelsea are definites then it’s between us, Woolwich, Liverpool and possibly Everton for the other two spots. We still have weaknesses but then so do the other teams. Arsenal lost heavily more than once last season and made top four. And as for crushing – we lost 3-0 this season but 5-0 in the same match last year so that’s progress!

My Spurs-writing colleague at ESPN says the running joke is that Spurs are a work in progress, but he seemed content with such acquisitions as Dier, Fazio and Stambouli and realistic about not being able to compete for the likes of Falcao or Welbeck. Are you on the right track, is Pochettino up to the job?

There’s a lot of running jokes at Spurs. Every season is a season of transition because we keep sacking managers after they’ve bought a shedload of players who the new man doesn’t want. It’s a cycle. We competed for Welbeck but lost. As for Dier, Fazio and Stambouli – they could either be the new Ledley, Roberts and Bale or the new Nethercott, Bunjevcevic and Dave McEwan. Time will tell.

And, since a club with gates so low seems short of CL pedigree, where does the great stadium saga stand just now – or are you happy at little old WHL?

There’s only really five clubs in the Prem with any CL pedigree these days and that includes newbies City and newly returned Liverpool. We’ve been in once and would like to be in it again. I’d be happy with a new modern stadium if it ever gets built. As long as it had more atmosphere than the Empty Crates down the road and we can fill it properly rather than rattling round a half empty athletics stadium like the Spanners will be.

Happy with Danny Rose? We still think of him a bit ours

Happy to have the lad as part of the squad. After that goal against the Scum he’s still got quite a lot of goodwill in the tank. But let’s face it, he’s just not quite good enough really.

Have a go at Guessing the Score: Spurs fans welcome to enter: https://safc.blog/2014/09/safc-v-tottenham-hotspur-guess-the-score-a-partnership-is-born/

What do you make of Poyet? Did you like him when he was with you as a player?

Loved him as a player and could turn out to be a decent manager. First signs are very good. Completely bonkers of course with the kind of stare Jack Nicholson had in The Shining. But funny and he seems genuine.

And your thoughts on Sunderland – the club, the fans, the region?

It’s a cliche to talk about supporters in the North East as being the best in the country and all that – and if you ever go to Middlesbrough it’s clearly not true everywhere in the region. But there is something about towns or cities which only have one club. The support is more intense, and you can feel the affinity the club has with the town. That’s hard to replicate in London or in Manchester for instance. What are the fans like? Well, I know two Sunderland fans who are mates and they both make me laugh so I’ll assume that applies to all of you.

You’re only a little ahead of us in the history of all encounters, but way ahead on Premier results. And yet we’ve three times as many top-flight titles, albeit half of them in the century before last. Is the lack of silverware a big issue?

Yes, it is. As least for my generation. I may have been born the year after we won the league but I’ve been to so many great days and nights for cup finals over the years that I want more. There is now a generation of Spurs fans (and I realise it’s the same for you) who haven’t had that glorious feeling of winning an FA Cup Final or a European one (even UEFA/Europa). It’s a wonderful experience.

Plenty of links going back: beyond Rose, there’s Bent, Steed, Waddle (v briefly for us despite his support for the club), Hutton, Chimbonda, Reid, Stewart. Do memories of any stick out for you?

Not really. My best memory of a match against Sunderland was down at the Lane, I think it was a League Cup game in midweek during the 80s [December 1984 – Ed]. Chris Turner was in goal and he played the best game I’ve ever seen from a keeper at the Lane. He was remarkable. I don’t remember the score but I think he stopped us winning. (Spurs 1 SAFC 2 – agg 1-2 Dep Ed)

Best and worst moments as a Spurs fan?

Best: predictably the cup finals, the Gazza goal in the semi against Arsenal but individual gems like Klinsmann’s first home goal against Everton right below where I sit, Hoddle’s goal away at Watford in front of us, Graham Roberts kicking Charlie Nicholas into the Junior Gunners section at Highbury on New Year’s Day, and – worst – the halftime “entertainment” at WHL where that smug git interviews the bloke who drove the bus on our 1961 victory parade or some arthritic ballboy from the 1921 cup final or something similar. It’s a weekly groan from the terraces (though I’m probably being flippant when you compare it to ticket prices and lack of standing and footballers’ wages and all the other “big” issues!)

Who has given you greatest pleasure in Spurs colours and who should have been allowed nowhere near them?

As a kid I collected newspaper articles and football magazine pictures of Jimmy Greaves and Pat Jennings. They were my first heroes. But Glenda remains the finest footballer I have ever seen in a Spurs shirt. The worst? There’s hundreds to choose from – Paolo Tramazzani, Timothee Atouba, Pat Corbett, Dave McEwan, take your pick.

Your honest opinion of Arsenal?

Most of my closest friends from childhood are Gooners. I tolerate them. It’s the post-Nick Hornby gloryhunting generation who get on my tits. I believe the practice is called “doing a Piers”. They don’t even have the same hatred of Spurs as they used to. Oh yes they mock us, but you can see they’re dead behind the eyes.

And on the Yid issue?

I’m ethnically Jewish, spiritually atheist. I’m a Yid and proud of it. So was my dad and his dad before him. They supported Spurs because they were Jewish, lived in the East End where Jews weren’t welcome at West Ham and the tram went direct to WHL. And I’m proud of all the non-Jewish Spurs fans who identify with our Jewishness by chanting Yid. It’s anti-anti-Semitic and I love it. Now, if I can just get them to like Billy Joel and Woody Allen films (I called Danny Rose “Broadway” and no one in the seats near me has any idea what I’m talking about. Disgraceful.)

No Bale, so whose dodgy tumbles should we look out for now? Also, should we all just give up on diving and other forms of cheating and write them into coaching manuals?

If I ran as fast as Bale, it wouldn’t take much to knock me over, so leave him alone. Lamela took the odd fall when he first arrived but seems better now. But if anyone’s going to take a tumble, it will be Dier. Tumble Dier – geddit?

What will be this season’s top six in order and who is going down?

Where will our clubs finish if not somewhere in the last answer?

Brazil 2014: just a fading memory or something to remember for a long time?

What single step would improve the matchday experience of fans?

Winning. Failing that, give Paul Coyte a 10-second start and see if he can outrun a pack of hungry rottweilers. Now THAT’S half time entertainment.

No relying on an own-goal winner this time?

If need be, I’ll take that. 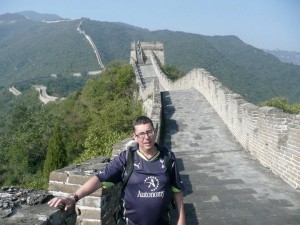 * Mark Solomons on himself:
I’m a cynical 51-year-old journalist who used to work for The Sun and now runs a press agency come media consultancy and survey company. I’ve got three kids, a mortgage and part-own a pub in Hampshire which my brother runs. My first Spurs game was against Stoke around 1972 I think. Both my dad and grandad supported them. After I had to buy a cup final ticket from a tout in 1982 I got a season ticket so that would never happen again. I’ve had a season ticket ever since.

2 thoughts on “Tottenham ‘Who are You?’: on Glenda, Bale, Danny Rose and Chris Turner”

Next Post
SAFC v Tottenham Hotspur Guess the Score: a partnership is born