Malcolm Dawson writes……..Peter Sixsmith is a frequent visitor to the National Stadium at Wembley. Usually it’s to watch a Rugby League game or a Northern League side in the FA Vase final. Once every twenty years or so he even gets to see Sunderland there. This season he dreams of another trip to see his home town side of Shildon achieve FA Cup glory and so Saturday saw him journey to the former Staffordshire coalfield, home of Norton United where the Railwaymen sought the victory that would see them go into the proverbial hat with the big boys of the Football League.

Look out for them in the first round proper draw (number 52) as the one all result sees them as the lowest ranked club still in the competition. Stand by for Pete’s report on his day away from the Stadium of Light. In his absence you’ll have to make do with my version of events there. 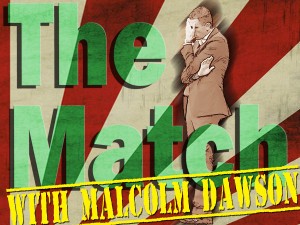 Years ago I remember reading an article in some long gone football magazine in which Bryan “Pop” Robson explained how he took ballet lessons to improve his footwork and ball control skills. Based on the evidence of yesterday it’s time that Wes Brown and Vito Mannone donned their tutus and practised their entrechats and pliés in front of a long mirror.

I didn’t go to Southampton last weekend. Instead I was stuck in a traffic jam trying to get from the A1 to the International Stadium on my way to see Gateshead lose to Barnet. By the time I’d got parked up, Radio Newcastle had told me all about Vergini’s wonderstrike and Barnet’s two early goals. Those of you who thought that sitting at St Mary’s was a miserable experience at least didn’t have to put up with the crowing of obnoxious Magpies every time a goal went in on the South coast, whilst watching a disappointing Gateshead side succumb to a two goal defeat, both of which you had already missed.

So I maybe didn’t get as disheartened as many others by last week’s mauling. I told anyone who would listen that every team has a blip from time to time, we were still unbeaten at home, generally looked better than I have seen us for a while and could bounce back against an Arsenal side who are not the force they once were.

How things change in seven days! All those doubts and fears that I had consigned to the inner recesses of my mind have now burst through to occupy my waking thoughts. A threadbare squad. A lack of defensive cover. A shortage of proven goalscorers. An inability to create meaningful chances. A strategy of sitting too deep and allowing teams to attack us. A fragility that leaves us open to a quick counter attack. Players who are prone to individual errors.

And today the Independent carries a report that all is not well at SAFC. It claims there is friction between Poyet on the one hand and Ellis Short/Margaret Byrne on the other. Poyet it is claimed is not happy with his squad. Is not happy with the club’s purchasing strategy. Feels the “continental” set up with a Director of Football ties his hands when it comes to competing on the pitch. The article suggests that Byrne has problems with the manager and that Short himself feels Gus’s thinly veiled criticism of the club can’t go on much longer.

I’m a fan. I want to see my team winning and my sympathies lie with Gus. But in the real world of football these days financial stability is not something to be taken lightly. Ask the followers of Portsmouth, Leeds United etc. about that. Two individual errors cost us yesterday. Does the blame for that lie on or off the pitch?

The Sunderland fans were determined to back their team and there was encouraging applause for certain individuals as the starting XI was read out. Two changes saw Rodwell and Johnson in with Gomez and Wickham dropping to the bench. This allowed Buckley to start on the left of a five man midfield. Despite the fact we hardly touched the ball for the first fifteen minutes I was relatively happy with what I saw. Although we were a little too deep for my liking the shape of the team looked good, with the back four solid and the midfield in front of them leaving Arsenal with plenty of possession but little in the way of a goal threat. Welbeck’s shot from 20 yards was always going over and Vito had it covered anyway.

That was on the quarter hour mark and having weathered the opening 15 minutes we started to get into the game. We were much more positive and playing higher up the pitch, though like the Gunners never really looked like getting the ball in the net. Johnson was showing some quality ball skills, Larsson did what Larsson does, Cattermole was industrious, breaking down play and distributing the ball well and van Aanholt was marauding down the left.

Although at one point Mannone fumbled an Oxlade Chamberlain cross that he should have dealt with easily, I was satisfied with the first half hour’s showing. And then came Wes Brown who showed us why, after his appearance on “Who Does the Dishes” he is unlikely to be asked to grace the screens of “Strictly” viewers.

With the team pressing forward, Wes on the half way line was last man in front of Mannone. Under no pressure and with PVA in plenty of space to his left, instead of a simple sideways pass to the Dutchman he elected to try and turn to send the ball 35 yards or more to the Italian keeper. I have seen better co-ordination from a four year old prancing about to some tinkling piano music on BBC School’s “Time to Move” and I have seen more power on a back pass from a Subbuteo player, than our former England international showed yesterday. A gaffe to eclipse those of the previous week.

Mind you I saw the same player stand on the ball and concede a goal to Unibond North side Darlington 1883 in the pre season friendly so it was hardly a unique experience. But once Alexis Sanchez had seized on the error and chipped the advancing Vito to score Arsenal’s 1499th Premier League goal the writing was on the wall.

On the positive side, our second half performance was encouraging in parts. Despite losing the hard working Fletcher early on we continued to press forward without ever really coming close to finding an equaliser. Rodwell had a shot from a tight angle and a header that was easily saved. Larsson had a long range effort which threatened the goal but never looked like beating the keeper.

For their part Arsenal were profligate when they had chances. Cazola in particular squandered a couple of good opportunities to put the game out of reach. But the turning point for me came when Szczesny committed his own blunder and we failed to take advantage. The big Pole came out to the angle of his box and when his weak header only found Patrick van Aanholt an open goal cried out for a simple lob into the net. But PVA, who otherwise had a pretty good game, lacked the necessary composure and his left foot effort went six or seven yards wide. One all at that point might have seen a change of fortune. Then again it might not have.

No such luck for our hapless keeper. When a back pass from Buckley put him under a bit of pressure he showed Wes Brown that he wasn’t the only one whose footwork was more like that of a pantomime horse than that of Wayne Sleep or Darcey Bussell. It should have been dealt with but somehow Vito managed to kick the ball with what was meant to be his standing foot and once again Alexis Sanchez patted the four leaf clover in his pocket, kissed the rabbit’s foot around his neck and was glad he picked up the penny he saw as he stepped off the team bus.

And so another disappointing day in the life of a Sunderland supporter. It’s not like we are not used to them. Poyet will no doubt be thinking that he needs a bigger and better squad. Margaret Byrne and Ellis Short will no doubt be thinking that Poyet should be doing better with the resources at his disposal. My sympathies lie with both. We do need more quality but just how many goals have we conceded because the Poyet approach has led to individual errors whilst attempting to maintain possession in a dangerous area? Sometimes a hoof upfield is an uglier but more effective option.

Pete’s texts kept me updated on the Shildon situation. He would have been more satisfied with his choice of game than last week and a lot less frustrated than I felt at 5 o’clock yesterday.

Next Post
Pure Poyetry after Arsenal: Sunderland so difficult to beat they’ll do it for you!