Malcolm Dawson writes….although primarily a site dedicated to SAFC and its supporters, Salut! Sunderland is also not averse to publishing articles on general footballing issues. 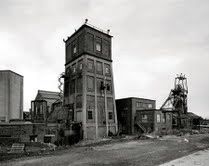 Birflatt Boy is never one to shy away from difficult issues. The world is changing and some things which were once deemed acceptable are now considered taboo. Modern society is less tolerant than it was on some issues, yet far more accepting of others. Certainly in my 60 years on this planet I have seen attitudes change, generally for the better in my view, as society seeks to protect individuals from the disrespectful, irresponsible or simply harmful and criminal behaviour of others. Birflatt Boy considers the current furore surrounding Ched Evans as he attempts to re-establish himself in professional football …

WHERE DOES THE MORAL HIGH GROUND END?

Ched Evans (the former Man City and Sheffield United striker), was recently released from prison after serving half of his prison sentence for the rape of a 19-year-old woman in October 2011.

His former employers at Sheffield United, were joined by other clubs including Hartlepool (and, so far though still undecided, Oldham Athletic) who have resisted the temptation to sign him after protests from supporters and sponsors. Adding further fuel to what is already a considerable fire, a vociferous supporter of Evans’s victim, who blogs under the name Jean Hatchet and has collected scores of thousands of signatures in a campaign to prevent him being signed by another club, has been interviewed by the BBC and claimed Evans “doesn’t know what rape is”.

On his release Evans was quoted as saying that he “had done nothing wrong”, but said that he did regret cheating on his girlfriend.

It seems the lack of remorse for the crime of which he has been convicted is what angers people the most. The petition made to Oldham is stark in its objectives: “We believe that he has the right to work. We believe that it does not have to be in a role where he influences views about sexual violence, and his presence on the pitch will do this.”

The petitioners don’t make it clear in what way playing football will influence the views of others with respect to sexual violence, if at all, and I wonder what the reaction would have been by the petitioners if Evans had been an engineer, a plumber of a postman. It seems that their objective is simply to prevent Evans from playing football. That is what he does, because that is what he’s good at.

Most reasonable people would understand the sense of discomfort at the suggestion that their club might be about to sign a registered and convicted sex offender, but I can’t recall the same antipathy expressed to Oldham when they previously signed Lee Hughes on his release from prison, after serving half of his six-year sentence for causing the death of a father-of-four by dangerous driving.

Since his release, he has also been fined for the common assault of a young woman, though a sexual assault charge was dropped.
–

Marlon King, was jailed for 18 months in 2009 for a sexual assault on a student in a London nightclub. He groped the woman’s bottom and then punched her in the face when she rejected him. King was subsequently convicted of dangerous driving, in March last year, after his Porsche was involved in three car pile up which left one man seriously injured. He was jailed again.

Interestingly, King played for Sheffield United, one of the clubs who had been considering signing Evans, since his release after serving the assault sentence.

Yet Neither King nor Hughes’s crimes and punishment seem to have resulted in the sort of hysteria which is now engulfing Evans. Ched Evans has not apologised to his victim, although those who petition against him working for a living seem to think he should. Evans claims he is innocent, despite his conviction. He has sought leave to appeal but this was refused, a decision then upheld by the Court of Appeal, though Criminal Cases Review Commission launched a review of his conviction after his release.

There are several moral quandaries here. Why should someone who has served his time be punished further by being prevented from earning his living in his chosen profession?

Some professional footballers are loutish, arrogant, and their behaviour can be offensive and repugnant, even criminal, as we have seen.

However who is the greatest criminal? The man who causes death by dangerous driving, or he who is guilty of sexual assault or rape? What happened to the notion that a person serves their time and can then get on with their lives? Ched Evans has paid his debt to society having served hard time. Apparently during his incarceration he was working as a painter and decorator within the prison. Do his petitioners think he has a right to work doing that? Are those who protest at the continuation of his career as a footballer going to picket the householder where he turns up to paint their scullery?

All reasonable people are offended by sex crimes regardless of who the perpetrator may be, but it seems like the anti-Evans campaign is offended by his steadfast refusal to apologise or acknowledge the offence, rather than the offence itself. He has a right to pick up his career where he left off. I wonder where the protesters were when Lee Hughes arrived at Oldham and Marlon King at Sheffield United?

20 thoughts on “Birflatt Boy: having his say on Ched Evans, crime and punishment”