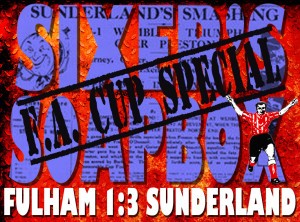 1 thought on “Fulham v SAFC – The Chapman Report: no disaster in Titanic fixture”

Next Post
Rob’s Fulham ratings: Stand up and be counted