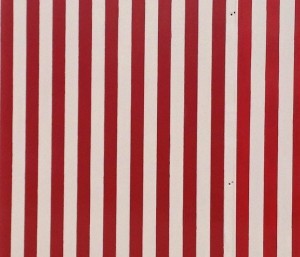 How can you buy flowers for someone whose name you don’t even know?

This is how The Northern Echo reports the story of Dick Advocaat’s about-turn on his decision – attributed to wifely demands – to leave Sunderland after his Red Adair rescue gig, and the response to that decision of quite a few fans …

Grateful Sunderland fans have raised more than £2,000 to buy flowers for their manager’s wife after he returned to the club with her permission. Dick Advocaat had said that he’d leave at the end of last season because his wife wanted him to retire …. Sunderland fan Tom Sproates set up a GoFundMe page for online donations for his wife, which topped £1,300 seven hours after being started.

Bravo Tom, who really must consider a new career with InterFlora, even if he feels £150 of the proceeds of the fund should cover the bouquet, the rest going to the SAFC Foundation and/or a charity of Mrs A’s choice.

But why, despite several minutes checking the internet in Dutch as well as English, can I still find no trace of Mrs Advocaat’s name? My Googling shortcomings, probably. Others will be more adept at searching online and quickly put me out of this minor misery. But every report I have seen talks of Dick’s wife or krouw, never by name.

Small beer, you’ll rightly tell me. So here, to keep the more important discussion alive, are extracts from how I reported the new one-year contract for ESPN, a piece written before Tom got involved in floral tributes …

Naturally, he tells the official Sunderland website his about-turn followed discussions with club owner Ellis Short and sporting director Lee Congerton. This may have been the easy part. He also refers to talks with his family; to have been a fly on that particular wall might have been fascinating.

For supporters unimpressed by most of the reputed lineup of candidate for the job of head coach, the deal is undoubtedly good news.

It would be even better if there could be assurances concerning his role in preparing for the seasons after the end of the next one. The minor dissent I have seen among supporters is from those who fear the appointment means, as one put it, “another summer of loan signings and hawking around players from relegated clubs. How will we be able to sign players with the knowledge that the coach who wants them won’t be around in a year’s time?”

It is a fair question, best answered by the kind of assurance on succession that I mentioned. Advocaat must be encouraged not only to push Sunderland up the table from 16th, which would have seemed an abysmal finish had it not also brought barely expected survival, but to warm the seat for someone else who thinks like him.

… as Sunderland are painfully aware, instant saviours do not always prosper in the longer haul of building on exceptional short-term achievements.

[But] everything about Advocaat suggests he can create the stability, even in this relatively brief extension of his time on Wearside, to avoid another frantic scramble next spring. If he can also keep an eye on how a club that routinely sells more tickets than Premier League champions Chelsea can then be turned into regular top-half contenders, he will win lasting appreciation and gratitude.

Although those words were rattled off soon after the announcement, I think they still encapsulate what we should be looking for from the deal. I have a suspicion the pre-season transfer activity will be more interesting than usual …

Next Post
Now a reality: Sunderland the play, Saint-Etienne the film