Back when he was a rookie teacher learning how to negotiate safe passage through what was those days called the blackboard jungle, Pete Sixsmith watched our FA Cup Final heroes of 1973 doing battle with Vasas Budapest and Sporting Lisbon in the European Cup Winners’ Cup, winning both home legs and then again in Hungary before going out on aggregate in the second round in Portugal. The Premier International Cup is not the Champions League or even the Europa League, but the Stadium of Light offered a grander stage than the Under 21s’ Hetton stamping ground and Sixer savoured Sunderland’s return to competitive continental football …

Competitive European football – and Sam Allardyce – returned to Sunderland last night after a gap of 42 years for the former and as a player, 34 years for the latter.

The new manager sat in an executive box to watch the Under 21s take on Borussia Monchengladbach in the Premier International Cup and 836 hardy souls, which included most of the Hetton Irregulars, braved the first cold night of autumn/winter to witness something not seen since Sporting Lisbon played at Roker Park in the autumn of 1973.

That game turned on events in the last minute, when a prolific Argentinian called Hector Yazalde scored for Sporting to give them a vital away goal. This one also had a last minute sting in the tail with a missed penalty – of which more later.

Duncan Watmore and Charias Mavrias (a player I still think has something to offer) were away on international duty but Adam Matthews made a tentative return from injury while George Honeyman was on the bench as he returned from a lengthy absence.

It was an opportunity for the new manager to see some of the young players who have done well over the last year. For the likes of Mandron and Agnew, this may well be their last opportunity to impress a new manager, something at which they have had plenty of practice over the last three years.

It was an interesting rather than exciting game and it showed the differences between a “German style” and an “English” one. The Monchengladbach players were extremely well drilled and closed Sunderland’s down whenever they had the ball. When they pushed forward, they knew where they should be and moved around well without ever threatening.

They should have been in the lead as early as the 12th minute when goalkeeper Stryjek barged into a BM attacker. The two former referees sitting nearby nodded their heads as referee Glen Hart pointed to the spot and giggled with me as Bilal Sezer tapped it wide of the post.

Sunderland then got into the game with Agnew working hard in midfield and Mandron leading the line well. Lyndon Gooch tried a bit too hard and was not as effective as he usually is and the coaching staff probably told him to calm down in the second half as he was far more involved. 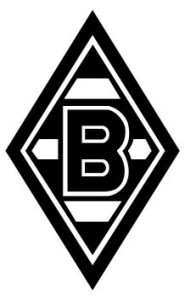 It was a run by Gooch that set up Mandron for the opener in the 54th minute as he wriggled into the box and put in a low cross to the near post that Mandron did well to turn in. And so Mandron follows in the footsteps of Billy Hughes and Dennis Tueart as having scored a European goal on his home ground.

The general consensus was that we sat back a little too much after the goal and allowed a neat and tidy BM side back into it. They levelled with 10 minutes left when Marlon Ritter, who had been their outstanding player, rattled home a free kick from the edge of the box, given against Mandron for handling the ball in the wall from a previous free kick.

And then last minute drama. Skipper Liam Agnew was knocked over in the box, the official’s finger pointed to the spot and, in the absence of regular taker Watmore, up stepped Mandron. He hit it well but not quite hard or wide enough and Martin Kompalla was able to make a good save.

A pleasant night in good company, the only shadow being the old fool sat two rows in front who seemed to think that BM’s unwillingness to plunge into tackles was the reason for their grandfathers and great grandfathers losing a war that was fought 70 years ago. Stan Boardman is alive and well and wearing a Sunderland cap.

Athletic Bilbao visit on Wednesday November 11 and we need a point to go through to the next phase. European glory nights at the SoL beckon……..