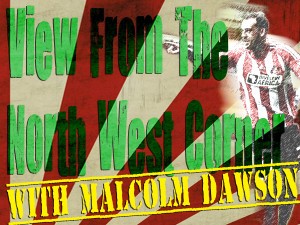 Deputy Editor Malcolm Dawson isn’t party to what goes on behind closed doors at the Stadium of Light. Like most supporters he relies on gossip and what is reported in the media. But that doesn’t stop him reflecting on events at the club and drawing his own conclusions.

We end the season on a high (17th position) and look forward to bigger and better things to come. Optimism rules in May but it doesn’t take long before it is swept away by the goings on at a club that always seems to find a way to turn even the most positive fan into a bit of a worrywart. At least it does me.

A couple of months ago I renewed my season card certain that 2016/17 would see us shoot up the table, positive that we would be threatening the top half no less, assured that under Big Sam’s stewardship we would at last see some stability and were a club moving forward. The rapport that had developed between the manager, players and the fans, the fight that that squad showed in the last five months of the season convinced me that the emotional bond and the passion, on and off the pitch would ignite the club under a manager who knew what he wanted. There was only one way to go.

It doesn’t take long for that mindset to evaporate. As things stand presently I am looking at a club racked with uncertainty and heading for another season of disappointment. That little Jiminy Cricket voice is no longer making itself heard and the negative thoughts I have about Ellis Short’s stewardship are returning as I detect an influence that will see us starting another season looking for a new manager with a squad no longer fired up by Big Sam’s (and our) vision of the future.

I may be being unfair to a man who has to look after his personal interests as well as those of Sunderland AFC and I certainly don’t want to see us do a Blackpool, Portsmouth, Leeds or Coventry City but I detect the influence of an owner determined to show just who really runs the show – a stance that could see us go from a position of strength to relegation fodder again. I thought a few weeks ago that he had learned through past mistakes but the overwhelming feeling I have now is that he hasn’t.

We could have predicted that England wouldn’t do well in the Euros. We could have predicted that Hodgson would be out of a job by the start of the month. I’m not sure that we could have predicted just how many people would lobby for Sam Allardyce to become his replacement. It seemed Sam’s time had come and gone when the FA didn’t have the facilities to watch his Power Point presentation but now it appears that not only is he becoming the bookies’ favourite but also that the club he currently manages is doing its best to alienate him. Only a week ago I was hopeful that even if he was offered the England job he would turn it down. I saw a man on a mission who envisaged great things on Wearside. Now I detect a man frustrated by a club which seems not to be 100% behind him.

I don’t know what goes on behind the scenes and like most people my gut reaction comes from what I see myself and what is reported in the media but Big Sam’s return from Austria has me worried. The failure to sign Davide Santon at the last minute has me worried. The apparent lack of progress with both Yann M’Vila and DeAndre Yedlin has me worried.

When Allardyce was appointed he brought one man with him – Mark Taylor. Taylor was (we are led to believe) the man who brought about the Kirchhoff, Kone and Khazri deals. A man who was to be dismissed by the club just weeks later. But now with a new chief executive at the helm (and to be fair less than two weeks into his new post) it would not be unreasonable to suggest that Big Sam must be fuming with the lack of activity in the transfer market. A few years back when Quinny was chairman and doing the rounds of Supporters’ Clubs he talked about the games that agents and clubs played in an attempt to best serve their own interests when trying to sign and sell players, but our current manager must be frustrated by the club’s apparent inability to strengthen his squad with sufficient time to get them all working his way. The first pre-season friendly is just a week and a day off.

So how significant is his return from Austria and why is he back? Could it be that as I type, he is at the club thrashing out a new contract and holding high level discussions with top transfer targets or is he taking the opportunity whilst in the country, to check the powers that be at the Football Association have got a laptop and an overhead projector?

If it’s the former then I think we can still look forward to the new season with anticipation. If it’s the latter then I fear the worst.

Next Post
The Euros, gone but not forgotten (though I’m trying)