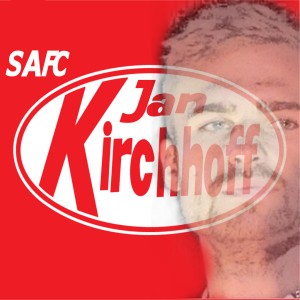 It reminds us of what we know about the official club site, good and bad.

Safc.com talks to Jan Kirchhoff, a revelation in almost every game after the unfortunate debut at Spurs and the player most of us want to hear is committed to Sunderland.

It’s all very interesting and site’s privileged access to players always makes the effort to check out the content worthwhile. But we don’t go there in the hope of finding much that is groundbreaking. Bless its cotton socks, safc.com will not or is not allowed to ask the obvious question.

Kirchhoff is signed up until the end of next June. At 25, and given how well he did for us, he is entitled to weigh up options. Our duty – that is to say Sunderland AFC’s duty – is to make him an offer he’d be happy to accept.

Apart from the rare glimpses we saw long ago – in Eric Roy’s brief stay and from Claudio Reyna and Stefan Schwarz – I cannot think of a midfielder as cultured as Kirchhoff in our colours. Big Sam, if not lured away by a poisoned England chalice, needs to build around such players.

So bland as it it is – and I understand the constraints – here are the highlights
of the safc.com interview …

…. on Thursday Kirchhoff will travel to Austria alongside his team-mates for a ten-day training camp, with Sam Allardyce putting his squad through an intense regime ahead of the new campaign …

‘It is nice to be back. It was a long summer and we enjoyed the break, but it’s time to prepare for the new season. The game against Everton seems like a long time ago but on the other hand it feels like yesterday; it was a really intense time, especially the last two weeks with three games per week, and there were ups and downs but I remember a great feeling with the fans.

‘My personal ambition for the season is just to have a good pre-season at the moment, taking it day by day and game by game because now it is all about preparing as individuals and as a team. We need to find our rhythm again because we showed in the last 10 games that we’re good enough to play in this league and good enough to have a better season than we did last year.’

So, nothing to imply a want-away frame of mind but, then, there wouldn’t be even if Kirchhoff and his agent were spending hours poring over offers from elsewhere. It’s good to have shown the doors to Steven Fletcher, Danny Graham and Santiago Vergini – thanks for your efforts in our colours, Lads – but now we must hope our dealings with Kirchhoff prevail over any temptation put in his way.

4 thoughts on “Jan Kirchhoff: an interview missing the one thing we want to hear”

Next Post
Salut! Sunderland and Brexit: the virtue of tolerance