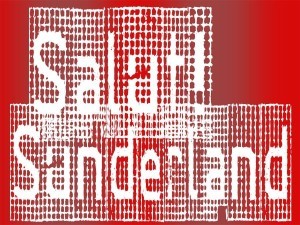 So it is with Brexit.

We cannot stick our heads in the Seaburn sands and pretend it doesn’t affect Sunderland. The city has been written about the world over, because it is so good at counting votes very quickly and how Sunderland voted happened to be so significant.

So everyone attending the Stadium of Light come August will have not only the mix of views that divided the nation, but also a local perspective. Some Salut! Sunderland people will believe a welcome revolution has taken place; others cannot comprehend how an area so dependent on EU aid and Nissan jobs can have voted the way it did. I’ve had my say, in other forums, and I’m sure others have, too, whether or not we agree.

Here, we just need to establish common sense ground rules. No one is forbidden to mention the vote in articles or comments. Robust differences of opinion will meet no censor’s active disapproval. But everyone will be expected to observe the same principles we apply to purely footballing debates: no personal abuse, nothing legally dodgy, no profanity.

And if Brexit is never mentioned by anyone again after these cautionary words, so be it.

9 thoughts on “Salut! Sunderland and Brexit: the virtue of tolerance”

Next Post
The people have spoken: Hull, Burnley and Bournemouth to leave the union