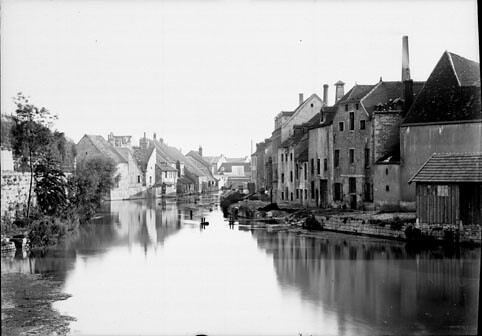 Evian-les-Bains is one of the most delightful towns I have visited. Reminiscent of Harrogate and Buxton, it is a spa town par excellence, sitting on the banks of Lac Leman and having glorious walks along the promenade and splendid buildings from the Belle Epoque Era.

Mind you, it is 36 years since I was there on a school trip to the Alps, but I don’t think it will have changed very much. I would have loved to have revisited for this pre-season, but the possibility of the prompt removal of my gall bladder (which failed to materialise) made me turn down the chance of a trip to the home of mineral water.

Add to that a diagnosis of Plantar Fascilitis (a foot problem which sounds like one of Mussolini’s gardeners) and I am probably better off at home rather than skipping up and down assorted Alps like a demented ibex.

I was able to watch the Dijon game on the SAFCSEE link and was quite impressed. First of all, the backdrop was stunning, with Lac Leman in the background and various yachts passing by. Not as impressive as the moon going down over the Rock of Gibraltar that we viewed from Algeciras in 2003, but pretty good all the same.

Secondly, the quality of the pitch at this training complex compared with the paddy field that the two Manchester clubs were expected to play on in Beijing, once again demonstrated the folly of clubs chasing half way around the world to satisfy the commercial departments, kit makers and shirt sponsors. Europe, as 48 per cent of us know, is most definitely the place to be.

Thirdly, it was a good work out. Dijon looked a decent side and played some typically French football in that they looked comfortable on the ball and the players had the athleticism that we have come to expect from a nation that has given us Paul Pogba, Michel Platini and er…. Lilian Laslandes.

The link was a bit jumpy but it served me well enough and I quite warmed to the Crabtree/Ball double act as they sat in front of a screen in Sunderland and passed comment on the game and life in general.

Ball told a cracking story about a long ago pre-season in Norway, where they had to share beds. He cosied up with Derek Ferguson but there was a pillow between them so that’s okay then.

With thanks to TheMadMistake, a Sunderland fan on YouTube

Our performance was steady without being brilliant. Asoro looked good up front, took his goal well (I missed it as I was doing my foot exercises at the time) and he latched on to a great ball by Rodwell to set up Khazri for the second. I look forward to seeing more of him in the Under 21s/23s next season.

Kirchhoff came through his first game comfortably and made positive noises about a contract extension while Borini worked incredibly hard and made sure that it was he who rattled in the winning penalty after Watmore’s shot had hit the outstretched hand of a Dijon defender.

It also showed us the paucity of senior players in the squad and how Moyes needs to beef it up PDQ.

The youngsters who came on did well but none of the Robsons and various others are yet ready for Premier League football. The injury to Van Aanholt is a worry with two weeks to go before we meet Guardiola and his multi millionaires – Tom Robson up against Villa might be tricky.

The final game against Montpellier should be a stiffer test for us and will give us an idea of the starting line up at Eastlands with M’Vila expected to slot in once he has extricated himself from the last six months of his Ruben Kazan deal.

To those in Evian, enjoy it. I remember walking in the shopping area and seeing a rack full of Bolton Wanderers shirts outside a sports shop. Did Frank Worthington have a love child in Evian? Was there a secret cell of Sam Allardyce admirers beside Lac Leman? Did the sports shop buy a job lot from Admiral?

8 thoughts on “Sixer Says: grains of hope in 3-2 defeat of Dijon”

Next Post
A cut above: Borini, Fellaini and Salut! Sunderland’s tonsorial team selection