Following on from M Salut’s look at how Seasonal Adjustment Disorder (SAD) is affecting the Stadium of Light faithful, Malcolm Dawson sums up his own thoughts on why he is feeling SAD (season approaching disaster). Don’t expect anything fresh or remarkably insightful as we’ve been here more than once. As Sweet Sensation once said, not long after Sunderland had been succeeded by Liverpool as the F.A. Cup holders, it’s just one more thing to put down to experience. 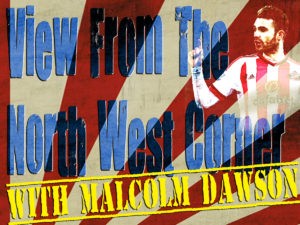 The BBC has a feel-good reality show called “DIY SOS”. In the early days TV presenter Nick Knowles, a team of builders and a designer would go along and take three days to fix up a room where botched efforts at home improvements had gone wrong. This might have been a kitchen, a bathroom or a lounge which was virtually unusable, but in a house where the rest was perfectly habitable. Then it morphed into “DIY SOS – The Big Build” and now targets families whose home is failing to meet the specific needs of one of the occupants and creating extra stress for the carers. These days the original team are supplemented by an army of local tradespeople who rip out the entire interior, build an extension and effectively create a brand new house in the shell of the old one, in nine days.

As a metaphor for the state of SAFC this might not be the best, but as I struggle to come to terms with the state of things on Wearside it’s the best I can offer. You see for the past few seasons when relegation was avoided it was obvious the club was in need of a big build – a big build that wasn’t forthcoming. But last season was different. It seemed as the season drew to a close, that the structure was solid and with only a few tweaks and one or two additions here and there, we would be in good shape. Then as the summer drew to a close it became apparent that the house was collapsing and it was back to the big build.

In a comment on Sixer’s Soapbox, Ifos mentioned the flat atmosphere prior to the West Brom game with supporters already resigned to another year of struggle. That’s certainly how I feel but what makes this year different to the past few is the disappointment of falling from a perceived position of relative strength to the familiarity of the perennial struggle.

We had a decent team in May. One which was stronger than the sum of its parts, and bore fruit only as the last campaign drew to a close. Let’s not forget Sam Allardyce’s first few months in charge brought little in the way of success but things were to change once the January signings bedded in. The balance of the team was better and suddenly players who had seemed a liability in late 2015 blossomed and became important cogs in a successful machine. Suddenly Kaboul, Yedlin, van Aanholt became integral members of the starting eleven with team mates implementing a system which covered their weaknesses. And Defoe found form. Team spirit was excellent. The players knew their roles, supported and fought for each other. Even fringe players like Toivonen, N’Doye, Lens and Rodwell gave their all when called upon and showed their enthusiasm for the club when sat on the bench.

It was obvious the summer would be crucial but the plan was simple. The brickwork was sound and all we needed was a bit of tarting up. Buy M’Vila, buy Yedlin, get in a decent forward, provide cover in the key positions of full back and centre back and get the likes of Matthews, Bridcutt, Buckley etc. off the payroll. A sensible pre-season training camp, and a series of increasingly testing friendlies and we’d be fit to go.

It would be easy to say that June 27th and England’s defeat to Iceland was the first crack in the building. Martin Bain wasn’t in post and the transfer window hadn’t opened but at that stage Allardyce was still in charge and not linked with the England job.

I sensed that Allardyce was getting frustrated with the lack of transfer activity even before the F.A. came a calling (how well that worked out!) but as he left after the Hartlepool game the squad seemed better prepared than for many a long year. When Moyes came in to replace him we still had a firm foundation and a structurally sound framework. Now it looks as if we are about to be condemned.

The reasons are pretty obvious and it’s not easy to come up with anything new. Perhaps that’s why comments in response to articles on the site have not been so forthcoming of late. We are beginning to sound like a corrupted MP4 file, the more modern equivalent of a scratched record or damaged CD.

Injuries have been devastating. Early on the loss of Cattermole, Larsson, Kirchhoff and Jones ripped the heart out of a team where M’Vila and Yedlin had not been resigned or replaced, before the season got underway. Then Borini, Manonne and Kirchhoff again saw players integral to Sam’s great escape team unavailable.

Transfer business was disappointing with mainly other teams’ cast offs our apparent targets. Two young players who weren’t going to feature for Man Utd were signed together with Januzaj on loan after he also had failed to make significant impact at Old Trafford. Djilobodji and Denayer couldn’t even make the bench at their respective clubs and came to us after loan spells at Werder Bremen and Celtic. Pienaar and Anichebe, free agents who had been released by former clubs hardly smacked of ambition and Mika’s late arrival was a necessity. Manquillo who although not setting the Stadium of Light on fire is at least as good as Yedlin and Ndong who looks as though he will be OK in the M’Vila role, are simply direct replacements rather than players who add depth to the squad. In the end the club managed to reduce the wage bill by offloading or releasing players who were never going to feature, but the loss of Kaboul was as sudden as it was disappointing and personally, I think the decision to let Lens go out on loan may be one that the club will regret.

The Kone situation didn’t help but having secured a massive long term deal he doesn’t look like the immense presence he was last season. We need him firing on all cylinders and give the supporters (who could have turned against him but haven’t) something to cheer about again.

Moyes has problems not all of his own making. Can he do what Sam did and turn things around as he spends more time in the job? Let’s hope so. At the moment it looks like he has an unbalanced squad, lacking in sufficient quality to cope with an atrocious run of injuries, to choose from. Can he find a winning formula with the players he has at his disposal? Will he strike lucky and find that winning formula through chance? In his one start Khazri looked more threatening to my eyes than Januzaj. Maybe there is a clause in the loan deal that requires the Albanian Belgian to start a certain percentage of games, but like Kone we could do with a on form Khazri. Has Moyes stumbled on something with Denayer at the back freeing up van Aanholt to become a more attacking threat? Can Love and McNair offer something in midfield that as yet they haven’t as defenders? Allardyce found a way to get his squad performing. Moyes needs to do the same.

Things may also be compounded by the Ricky Alvarez situation. Should the club be forced to pay £10 million for a player we didn’t want it will obviously impact on the funds that are made available to Moyes in January and it is unclear who will have to meet his wages for the past 14 months or so. What a mess!

I don’t think the manager’s negative comments and hang dog body language helps things but Moyes is in a lose/lose situation there. We all see through managers who try to put a positive spin on disappointing performances. We supporters aren’t daft. We can see he has problems and it’s his job to try and sort things out. We need to be patient and give him the opportunity to get us back on course but I suspect we will carry on being SAD as the clocks go back and the days grow shorter.

Roll on the winter solstice and the January window.