Malcolm Dawson writes…….Pete Sixsmith took another one of his short breaks to visit a new non-league ground, sample a few pints of real ale and wax lyrical over a Sunderland player who most people expect not to be gracing the Championship in the upcoming season. Personally I hope that Simon Grayson can persuade all his squad that giving their all for the red and white cause is one worth sharing, but I suppose that financial restraints, player ambition and personal considerations will see more players leaving (and more arrivals) before the end of the transfer window which makes gauging the strength of the team and its prospects difficult to assess pre-season. But Pete will give it a go.

Just under two years ago, we caught our first glimpse of Jeremain Lens in a pre-season game at Doncaster’s Keepmoat Stadium. He was the flagship signing that summer, a player who Dick Advocaat knew well and who was presumably pleased to be away from the intense winter cold and stultifying summer heat of Kiev, where he had played for Dynamo in the Ukrainian League.

He looked a wee bit bewildered on that night in South Yorkshire and his bewilderment grew as he realised that his mentor Advocaat was on a collision course with the club. He scored one sublime goal against West Ham, got himself sent off in the same game and very quickly fell out of favour with new manager Sam Allardyce.

He turned out at Arsenal for our sole FA Cup tie that season, scored a good goal to equalise and then shot off to Fenerbache on a rest of the season loan, joining Advocaat as the Istanbul team looked to challenge Galatasary and Besiktas for the title.

Back he came to the Wearside Riviera to team up with David Moyes and back he went to the banks of the Bosphorous PDQ as the military style adopted by Moyes did not seem to appeal to the more free and easy Dutchman. He did well enough, scoring 4 goals in 25 games but once more returned to Wearside and looked as if he would be one of the first to leave as we prepared for life in the second tier. A man who once said that he did not come to England to “sit on the bench” would hardly be likely to want to play in the Championship.

And that’s a pity as he is a very capable and talented player. He won the game for us at Valley Parade in the first eight minutes, first of all by playing a perfect pass for Josh Maja to tuck away and then by latching onto a great through ball by Donald Love to beat full back Adam Chicksen with consummate ease before tying centre half Nathaniel Knight-Percival in knots. His subsequent chip over keeper Rouven Sattelmaier was (to use the word again) sublime.

He tormented Chicksen continually, occasionally wandering over to the other side, where he found Tony McMahon more competitive, but he still won a number of free kicks and it was from his corner that Didier Ndong’s shot was turned in by Billy Jones to take the game away from City. He was the star of the half and was ably supported by Josh Maja who is learning fast and Tyias Browning who looks the business at centre half. Wahbi Khazri was another thorn in the Bantam’s side and Vaughan led the line well, creating space for the midfield players to push through the gaps. He looks a useful acquisition but needs a few goals under his belt.

The second half was a bit of a non-event with some of our weaknesses being exposed. Cattermole showed that he can ping a ball 50 yards across the pitch to an unmarked full back but struggles to make a relatively straightforward ten yarder. Billy Jones got an early nomination for Carthorse of the Year as he was easily beaten by Alex Gilliead and was rightly booked for tapping his ankle as he got away from him. Lens took a knock on the thigh when he went down in the box and City gained a foothold when Sunderland referee Geoff Eltringham (all three officials were from Wearside) gave a soft penalty after Ndong caught McCartan.

Up until then, Dutch keeper Robbin Ruiter had had little to do but as the changes were made, he came into his own, producing a couple of good saves and one stunner as he saved at the near post from a good shot by sub Paul Taylor. He had no chance as “Trialist” (former Rangers player Jordan Gibson) did his chances of a contract no harm with a smart goal in the 90th minute, but Ruiter looked calm and authoritative throughout. He is a free agent having left FC Utrecht and the general consensus amongst the 999 supporters who had made the short trip was “Sign him on, Simon”.

More plusses than minuses after this one and we go to Scunthorpe on Wednesday looking for a better ninety minutes as we prepare for the Rams on Friday 4th August. What kind of team we will have then is a matter of conjecture.

I had an enjoyable Friday and Saturday, ticking off a new ground, supping some fine beer and wandering round a wonderful example of a Victorian Park. Basford United on the western side of Nottingham was the new ground as Shildon played there on the Friday night. They drew 2-2 with a team who were on the edge of the Northern Premier League Division One (South) play-offs last season and could have won it with a bit more composure in front of goal. 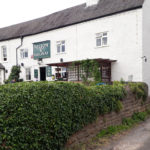 The ale was supped in The Cricketers Rest and The Nelson and Railway in Kimberley where I stayed. All were fine pale ales from Castle Rock and the Nottingham Brewery Company and so different from the basic bitters that Home Ales and Shipstones churned out in the past. Thank goodness for good, new breweries. Castle Rock is a particular favourite of mine.

A saunter up the motorway to Bradford and a couple of hours spent in Lister Park, donated by and named after Samuel Cunliffe Lister (later Lord Masham), the man who built the splendid Manningham Mill that dominates the skyline of Bradford. In fact, he built it twice as it burned down in 1871. It employed 11,000 people at its peak, producing high quality silk. The eponymous park has trees, walks, a boating lake and café (good coffee, decent roasted vegetable Panini), botanical garden and a very impressive art gallery, Cartwright Hall, which was also built by Lister on the site of his old house. 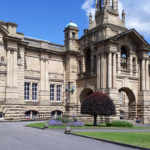 There you can wander around a permanent display of David Hockney’s life and works. He is a Bradford man through and through and still has a very clear West Yorkshire accent. Whether he was a City man or a Park Avenue habitué is not documented but he might have dashed off the odd portrait of Kevin Hector or Cec Podd in between painting Mr and Mrs Clark and Percy and people splashing into swimming pools. Or maybe he was a closet Bradford Northern fan and he stood on the ash banks of Odsal cheering on Trevor Foster, Bill Seddon and Drew Broatch. Or maybe not……..

What is more aesthetically pleasing – a Hockney painting of trees in East Yorkshire or a chip over the keeper by Jeremain Lens? At the moment, I’ll go for the Dutchman beating Championship keepers 30 times next season – but I’m not banking on it.