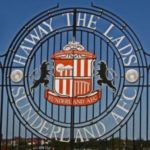 Well that was a waste of everyone’s time.

As Sunderland dawdled towards an appointment, our poll attracted just under 100 votes.

Aitor Karanka topped the poll with 28 per cent, Michael O’Neill came next on 21 and Paul Heckingbottom was backed by 14.

Chris Coleman, who appears on the brink of being made manager, received just one vote in the “other” catergory and I bet that was added only when his name suddenly appeared in the frame. The poll is now closed but you can still click to see the full results.

If it is to be Coleman, let us welcome him as comfortably the best we could hope for in our current mess and wish him the luck he will need. An announcement is expected tomorrow (Sunday), according to the BBC’s Nick Barnes and provided he is not put off by the shambles witnessed by fans in the 2-2 draw at home to Millwall.

Should he reinstate the post-match manager’s e-mail abandoned under Simon Grayson, Bill Taylor out in Toronto suggests Colemanballs as the obvious title of Salut! Sunderland‘s resulting series, Coleman Delivers if he shows immediate signs of success.

We shall see. Check the Sunderland Echo site and – eventually – club site for updates.

Next Post
The first time ever I saw your team: Millwall