John McCormick writes Burton is one of those places you’re not likely to visit by accident if you live in Liverpool. It’s in between everywhere – to the east and north of the M6 and A5, to the south of the road between Stoke, Derby and Nottingham. It is, just about, on the way from here to Leicester but that’s no good if you’re a Sunderland fan travelling down the M1, which tells you how long it is since I’ve been to Filbert Street.

All this is a great pity, as I’ve always wanted to call in and have a pint at the spiritual home of brewing and I’ve never managed it. Pete Sixsmith has of course, and here he is to tell you all about it.

This is the one that many of us have been waiting for. It’s a ground that we have never played on before against a team that we have not played before (although we did play Burton United in a friendly before the 1914-18 war) and there is legitimate standing rather than having to buy a seat that you don’t really want. The last time I legitimately stood to watch Sunderland in a competitive game was at Brentford in 2006. 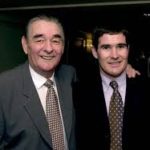 Football in Burton is a tad complicated. Trawl through Albion’s history and you see that they are like a thoroughbred racehorse in that they came out of a union between Burton Swifts and Burton Town which formed Burton United who folded and then Burton Albion were formed in 1950 and have been in the Staffordshire town (although Derbyshire used to play first class cricket there) ever since.

I have seen Albion play on two of the grounds that they and their predecessors have played on. The ground that served as a Football League ground over 100 years ago is still used by Burton RFC and the stand that would have housed Edwardian brewery workers, railwaymen and the burgeoning middle classes, is still there. I am hoping to get across to Peel Croft to have a look at a true sporting relic (no, I don’t mean Jack Rodwell).

I visited Eton Park in January 2000 when they had the misfortune to host Bishop Auckland in an FA Trophy game. At that time, Bishop had a group of alleged “supporters” who called themselves The Bishop Auckland Soccer Hooligans or BASH and their tag was sprayed on copious walls throughout the town. Noticeable by their absence at mundane league games, they managed to hire a coach to take 30+ of Auckland’s finest out of their comfort zone to Burton. To say that they disgraced the name of their town would be kind. They were drunk when they arrived and were asked to leave several pubs before they swarmed into a furniture store and overturned some of the stock.

Once in the ground, they abused all and sundry, invaded the pitch when Burton scored their first goal and were eventually supervised by a number of Staffordshire’s finest who could have been better employed nicking burglars, errant motorists and the odd serial killer. 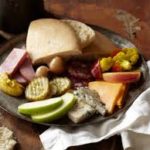 The game ended up 2-0 to the Brewers, the day retrieved by a ploughman’s in one of the town pubs that has gone down into the annals of history. I had it with Harvey Harris and our eyes mist over when it is mentioned. Yum.

Eton Park had been built in 1958 and was perfectly acceptable for a club ticking over in the Southern League or later, in the Northern Premier. However, when businessman Ben Robinson took control of the club, they embarked on an ambitious programme and have probably come further than any other club in the 92, with the possible exception of AFC Wimbledon. He appointed Nigel Clough as manager (if memory serves, his first game was at Morpeth Town in the FA Cup or Trophy) and Nigel’s dad was a regular visitor. Eton Park did not fit into Mr Robinson’s dream for Albion and the Brewers purchased a site very close to it and built a shiny new stadium which opened in 2005.

Eton Park went for housing and Pirelli, who have a factory in the town [surely Pete cannot be right to add that excess sludge from the plant goes towards making Coors beers; isn’t at least Cobra acceptable? – Ed] took on the naming rights. It’s a fine stadium with a capacity that was rarely tested as they rose through the Northern Premier to the Conference and then into the Football League in 2009.

I have been there twice. My inaugural visit was in April 2006 when they played Southport in an end of season game in the Conference. The Brewers were comfortable in midfield, the Sandgrounders were struggling to avoid the drop into the newly formed Conference North. I wanted to be as far away from the North East as possible as we had been beaten 4-1 by the Mags the day before. This was the 15 point season, Mick McCarthy had gone and Kevin Ball was in charge of what was probably the most limited squad we have ever had. There was no money, crowds were down and the whole mood was one of misery. Déjà vu, comrades?

We had lined up;

In the interests of fairness, I suppose I should name their team;

Hoyte put us ahead in the first half and we held the lead until the hour mark. Then, the whole edifice came tumbling down as Chopra equalised, Shearer (boo, hiss) made it two from the spot and NZogbia wrapped it up by the 66th minute. To add insult to injury, Luque made it 4 in the closing stages. He had come on for Shearer (boo, hiss) who was the victim of a nasty challenge by Julio which prompted Big Al to retire from football altogether and become a pundit on Match of the Day. A nation holds you responsible Julio!!!

The papers were full of it, so I jumped in the car and set off for Burton and the Pirelli where I witnessed a game that in its own way, was just as bad as the derby game. It ended 0-0 with Southport getting men behind the ball at every opportunity and Burton playing the season out with little enthusiasm. Nigel’s old man had left us by then but I don’t think he would have been impressed with either team

Burton ended up ninth and Southport avoided the drop so I suppose the ends justified the means. But it was a stinker. I have been once since where I saw a very good Bury side win 3-0 on their way to a promotion.

Same result will do for us on Saturday…….

2 thoughts on “The first time ever I saw your ground: Burton Albion and the Pirelli Stadium”

Next Post
Burton Albion Who are You?: Brewers’ ‘Pieman’ says we can both beat relegation