Sunderland finished a dismal 2017 with an away win. Pete Sixsmith was there to see it and he finishes the year with yet another fine report.

Well, not quite, because later today there’ll be another of his “first time I ever..” series.  It should appear just about when you’re returning from the pub and you’ll have time to read it while warming up the valves before tuning into Andy Stewart and the White Heather Club.

And so we say goodbye to 2017, after a win in the city of Arthur Seaton, Robin Hood and Kenneth Clarke, a year which also saw us win in South Norwood, Hull, Norwich and Burton and just the once on the banks of the River Wear.

Now, under the control of a Welshman for the first time since Alan Durban in the early 80’s, we look for the beginnings of the mythical “green shoots of recovery” which can only be aided by the discovery of the equally mythical “magic money tree” so beloved by our Prime Minister and currently in the possession of Arlene Foster and her chums in the DUP.

If the players made it abundantly clear to those in attendance at Bramall Lane that the MMT needed to be as large as the major oak that Robin Hood and his Merry Men sheltered under in Sherwood Forest, this performance at the City Ground showed that a semblance of professional pride had been re-established in the dressing room.

Chris Coleman said that the players had let down the support, the coaching staff, the manager, the lady who brings round the sticky buns (thankfully reinstated after the Di Canio Sticky Bun Fiasco) and most of all, themselves.

Apparantly, “harsh words had been spoken in the dressing room” and that senior and junior players had taken part in what is known as “a full and frank exchange of views.” That is usually a euphemism for a shouting match and, if used wisely by a sensible manager, it can be a useful tool in raising performance levels.

It had an impact here.

We were helped by the fact that Forest are not a great deal better than we are. Like us, they scamper around a lot, move the ball sideways and try to get it forward to a lone striker. Unlike Sheffield United on Tuesday, they did not have a midfielder sitting in front of three others of that ilk and it gave us the space that we needed to control the game.

Having said that, Darryl Murphy always looked dangerous and passed up four very good scoring opportunities. Ruiter, who now looks a competent and confident goalkeeper, saved one after Wilson’s error (the only one he made) had allowed his fellow Irishman in on goal and then he put a clever shot and a diving header round the post. He should have scored with a straightforward header in the 34th minute but put it over the bar. 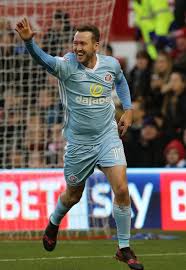 That seemed to shake us up and six minutes later we scored what proved to be the winning goal. And it was a good one, not just the finish by McGeady but the whole build up.

Josh Maja won the ball in a challenge and rolled an accurate pass down the left to Adam Matthews who had found himself some space on the flank. He put over a splendid cross which beat the keeper and the defence but not McGeady, who outjumped the defender to plant a solid header in the net in our first (and probably only) threatening attack.

From then on it was the proverbial “backs to the wall” job, but the whole team coped with it admirably with Browning having a fine game, swollen foot or not. Aided and abetted by O’Shea and Wilson, the three central defenders effectively snuffed out the Forest attack until the end when they girded up their loins and had a real go at us. There were huge sighs and screams of relief when Eric Lichaj’s shot hit the post in the 94th minute. Phew!!!

It was a good team performance which shows that the players do care and that they can fight for the shirt. Both full backs looked solid, with Love looking stronger as the game went on. Gibson controlled the centre of midfield while Honeyman, who had looked tired at United, covered every inch of the City Ground, winning the ball and using it well.

Both wingers worked hard and both looked tired when they went off and Maja played the part of the sole forward effectively as did Vaughan when he came on. I doubt we shall see Grabban again, so these two are going to have to carry an extra burden as the season progresses. 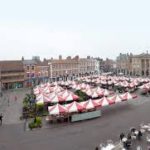 As Wallace and Gromit, Christmas regulars on TV, would say, “It was a grand day out.” The bus stopped in Newark on Trent, a grand market town about 45 minutes away from Nottingham. It possesses a fine market place, a number of independent shops and The National Civil War Museum in which I whiled away an enjoyable ninety minutes.

I also enjoyed The Fox and Crown, a Castle Rock owned pub 50 yards from the aforementioned Museum, where I quaffed a glass of Preservation, a bitter brewed in the East Midlands tradition and reminiscent of the Shipstones that I drank 50 years ago on my first visit to Forest. Castle Rock are a good example of the new, medium sized breweries that have developed and I urge you to seek out their pubs and sample their ales.

The support was strong and I saw much less of the poor behaviour that was noted at Sheffield. Here it was encouragement rather than criticism and we are going to need much more of that as the season unwinds, starting on Monday when Barnsley are the visitors.

I am sure that Coleman would love to rotate his squad for Monday but that appears to be out of the question. The older players like O’Shea, Wilson and Gibson will have hopefully, retained some of their energy for what could be the defining game of the season; win this one and we start to get the likes Reading, QPR and, indeed, Forest in our sights. Lose and we slip back into the slough of despond that we have inhabited for most of 2017.

Finally (“Hooray” they all shout) a word about referee Darren Bond who was excellent throughout and the City Ground stewarding which was courteous and friendly. Premier League refs and stewards could learn a lot from these. 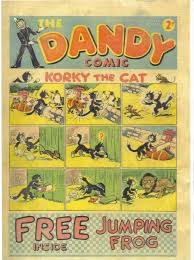 And, as Korky The Cat used to say on the front page of The Dandy, “A Happy New Year To All Of Our Readers.” As he didn’t say, may we rise up the Championship and look forward to a resumption of Wear-Tyne derbies next season.

If there is any copyright claim, not answered by ‘fair use’ exemptions, on the images used to illustrate this report, please make us aware and we will add credits or remove as requested …

Next Post
The SAFC vs Barnsley Who are You? and prize Guess the Score combined