John McCormick writes: Pete Sixsmith takes me into new territory with this trip down memory lane. I don’t think I’ve ever seen Barnsley play, neither at home nor away. There’s no reason for that, apart from the fact that I was seven or eight the first time they came to Roker, and had been living away from the area for a good few years the next time they turned up. And now, here they are again and I’m still not there …

Having rattled on about the mid 60’s for the last four of these doleful reminiscences, we fast forward 20 years to the mid 80’s as Barnsley came calling at Roker Park in a Second Division (Championship) game, appearing at Roker for the first time since 1958.

On both occasions, we had just been relegated from the top flight and supporters had to get used to unfamiliar clubs pitching up on Wearside. In 58-59 we also welcomed Rotherham United, Charlton Athletic and Scunthorpe United and there is every chance that those three will be at the SoL next season if the game at Bramall Lane is anything to go by.

For 1985-86 we said “Hi” to Shrewsbury Town, Oldham Athletic and Grimsby Town and it is likely that at least one of those could be having a piece written about them next year – and it’s less likely to be Shrewsbury than the other two.

We had had a miserable season and the hopes of bouncing back to the top division had disappeared by the end of August as we lost our first five games to before finally claiming a victory in the eighth at Gay Meadow.

The manager, one Lawrie McMenemy, had signed some experienced players in George Burley, Alan Kennedy, Eric Gates and Dave Swindlehurst, although he neglected to sign a keeper and used an itinerant Irishman called Seamus McDonagh instead. So poor was Seamus that after one defeat, the face of Barbican Alcohol Free Lager claimed that the goals at Grimsby’s Blundell Park were “too high” and that was why Seamus let in two of the three goals we conceded that night. We should have rumbled The Great Faker then.

We limped along, winning the odd game here and there although we managed to lose at Middlesbrough who were relegated that year along with Fulham and Carlisle United. We beat those two twice so that probably kept us up.

Barnsley had been promoted five years earlier and were settling into an almost permanent place in the middle echelons of the Second Division. They were managed by Allan Clarke, who spent most of this game looking for Richie Pitt so he could run away from him, and they were in their usual mid table position. 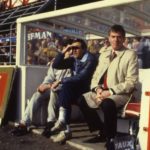 For McMenemy’s first game as manager, a respectable 21,202 had turned out to see if the Southampton magic could rub off on a demoralised team and club. It didn’t as Blackburn won 2-0 and crowds dropped off pretty quickly. The only other 20,000+ crowds that season were against Middlesbrough and for the final game against Stoke City, where a 2-0 win guaranteed a place in the second tier for the next campaign and the players did the most sheepish “lap of honour” I have ever seen.

There were reasons for the poor crowds. First of all, the football was awful with some of the McMenemy imports showing even less enthusiasm for the game than Andrea Dossena. Secondly, the capacity of Roker had been reduced due to Safety Regulations and fences had been put up to stop pitch invasions.

Add to that the fact that the game itself was a minority interest. Even the really big clubs struggled to attract anything over 30,000. Manchester City’s average was 24,229, Arsenal’s 23,213 which was 3,000 more than Spurs. Newcastle averaged 23,184 (and they all complained about the owners) while the two Birmingham clubs pulled in 25,000 between them. The Montys and Ruperts of this world were not devotees of The Beautiful Game in 1985.

Add to that the decimation of the working classes as Thatcher closed down steel works, shipyards and coal mines and the fact that the Miners Strike had ended the previous month and there was little enough money in the pockets of many of those who followed football in this benighted decade.

The game at Roker was a scrappy one which we won 2-0 thanks to an own goal from Paul Futcher in the first half and a clincher from Howard Gayle in the second. The 12,000 loyalists went home reasonably happy as it lifted us out of the relegation zone and gave us hope. The following week we slipped back into it when we lost 1-3 at Brighton but retrieved the situation with wins over Shrewsbury and Stoke which prompted those “celebrations.”

Dibble was the third of four keepers we used that season. McDonagh disappeared after his dreadful start and was replaced by Bob Bolder, a former Sheffield Wednesday player who had had a couple of years as Bruce Grobbelaar’s understudy at Anfield making precisely zero appearances. He made 22 appearances for us before moving to Luton Town and then Charlton Athletic where he proved that the incompetence he showed at Roker was not transferrable. 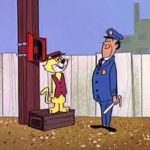 Andy (“Officer”) Dibble joined from Luton and became an instant hit although he missed a couple of games through injury, allowing the late Cameron Duncan to play his only two league games for us. Dibble always got a good reception when he returned to Sunderland and had a couple of very good years at Manchester City in the late 80’d early n90’s. He even played for Hartlepool in 1999; a veritable Prince amongst keepers. 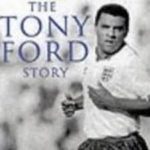 Tony Ford had been with The Great Fraud at Grimsby Town in the early 70’s and ended up playing 814 games in his career which also took in Stoke City, West Bromwich Albion , Bradford City and a clutch of non-league teams. He scored on his debut and was a useful acquisition, proving that The Great Fraud could get the odd thing right.

Barnsley’s line up was;

Joe Joyce is a Consett lad and is now the Academy Director at Newcastle United, Larry May and Ian Walsh both had Leicester City connections, but the jewel in the Tykes crown was David Hirst.

He was a Cudworth (pronounced “Cudderth”) lad and he was a star in the making. He made 28 appearances for Barnsley scoring 9 times before he was lured to bright lights of the Dee-dah’s and went to Hillsborough. He became a genuine hero amongst Wednesday supporters having “pace, height, heading strength, dribbling skills, creativity, the ability to kick with both feet and the knack of being in the right place at the right time “ – a veritable Adnan Janusaj.

I don’t think he did a great deal in this game but he went on to make 294 appearances for the Owls, scoring 106 goals before a short stint on the South Coast at Southampton. He almost kept Alan Shearer out of the England team making his litany of injuries even more tragic. His son George is at Wednesday now and is in the England junior set up.

A similar result to that of 32 years ago would be more than welcome; otherwise our second stint in the third level may well become a harsh reality. How has it come to this?

If there is any copyright claim, not answered by ‘fair use’ exemptions, on the images and videos used to illustrate this report, please make us aware and we will add credits or remove as requested …