John McCormick writes: I’ve sort of begun a tradition within this series, of adding material, especially video, that Pete Sixsmith hasn’t come up with himself, although he has provided some great photos. I was setting this one up in advance, hoping as I did so that Pete would include something I could use to keep the tradition going. It’s Nottingham Forest this time, so can you guess what I put at the end in anticipation?

Pete delivered perfectly, but he also provided the opportunity for a mid-piece piece as well. And the beauty of it is that neither diverts from another fascinating reminiscence:

Sixsmith Major had scraped enough O Levels to make it into the Lower Sixth where he was pottering about trying to pass his Maths O level – or at least achieve a worthwhile CSE grade. Sixsmith Minor was still in the Lower School, across the field and our paths rarely crossed, while Sixsmith Minimus was at Timothy Hackworth Primary school, probably under the benevolent tutelage of Mr Owens and the fearsome glare of head teacher Miss Jones.

I was still delivering papers and scraping up enough money to get to away games. That season I managed to get to eight, including Southampton and Fulham, which I thought was pretty good for someone on a limited income. One more performance like the Sheffield United one on Tuesday and I will do well to attend eight games home and away next season.

I opted to go to Nottingham Forest because I had a vision of Nottingham as a city where the women fell at your feet – something that never seemed to happen in Bishop Auckland or Shildon. It was said that they outnumbered the men by 2:1 – something which appealed to a gauche, overweight 16-year-old. A viewing of Saturday Night and Sunday Morning would confirm that they flung themselves at men without batting an eyelid.

This was an iconic film of the early 60s, based on a novel by Alan Sillitoe and starring Albert Finney as Arthur Seaton, a hard drinking, hard living womaniser who worked at a lathe in a cycle factory and had the hots for anything that wore a skirt – a kind of 60s Michael Fallon. He drank pints of dark ale, won drinking contests with ex-soldiers, shot fat nosy parkers up the a*** with his air gun and generally didn’t give a toss about anyone or anything. And he was giving his workmate’s wife one while he was on nights. An archetypal working class hero then. 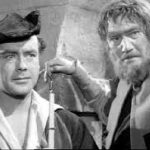 Nottingham was also the city of Robin Hood and as a great fan of the 50s television series, I wanted to see the castle where the devious Sheriff of Nottingham had lived. All in all, it was worth “borrowing” a quid from the paper money I had collected the previous week in order to travel down the road on John Tennick’s Number 1 coach to a city that had certainly made an impact on my febrile mind.

The game took place on Saturday March 30, 12 days after my 17th birthday, a birthday I celebrated in The Vulcan in Peel Street and The Wear Valley in Newgate Street. The game turned out to be a welcome late birthday present, even if the city was a bit of a disappointment.

There were no green clad outlaws, the castle was a huge disappointment and the fair maidens of Nottingham looked no different and were no more numerous than those in south Durham. But there were compensations. Unlike Arthur Seton I had no success with the ladies, but like him I had a taste for ale. Nottingham had two large breweries within the city and one a few miles away. Here was a chance to drink something that didn’t come from Sunderland, Hartlepool or heaven forbid, Gallowgate.

Both brews were very different from the sweet North East beers. They were considerably darker and far more bitter, but they served as an introduction to different tastes and to the fact that beer styles were not all the same.

The City Ground was a decent ground then. It had a capacity much lower than that of Roker and for this game 24,563 turned up. There must have been many Sunderland supporters in the ground as there was a fair population of County Durham people in the Nottingham area, having moved down there in the 50s and early 60s from the rapidly dying pits in Durham to the rapidly expanding pits of Notts.

That was an interesting team. I think it was Harby’s debut and he may not have played much after that. Hennesey and Newton both went on to play for Brian Clough at Derby County as The Rams won the league and Forest slipped into Division Two. John Barnwell had played for Bishop Auckland before going to Arsenal and making his debut against us in 1957, while Jim Baxter had left Roker for Nottingham in December of 1967, much to the consternation of various pub and night club owners on Wearside and to the delight of their counterparts on the banks of the Trent.

It was as comfortable a win as I have seen, as first half goals from Kinnell (we were for him), Palmer and Brand sent us into Alan Brown’s half time team talk three up. I imagine that Brown, a man of few words, spent little time giving detailed instructions and probably said something along the lines of “That was ok. Don’t concede.”  We didn’t.

The third and best goal, was scored by Ralph Brand, who had been signed by Ian McColl from Manchester City, for the princely sum of £5,000. He had had a long career with Glasgow Rangers scoring 127 goals for the Ibrox side and forming a very effective partnership with Jimmy Miller. Many of the opportunities were provided by Jim Baxter and, when City decided that Brand was not for them, McColl stepped in and signed him.

He was a short, stocky man with the kind of broken nose rarely seen on a footballer now. Not the tallest of players, he made up for it by using his body strength to nudge (ok, push) defenders off the ball. He scored seven goals in 32 appearances, making his last appearance in the 8-0 debacle at West Ham the following season. After a handful of games for Raith Rovers, he took over an Edinburgh newsagents shop before briefly reappearing in the North East as Darlington manager for six months in 1971-72.

Since then, 6 former Sunderland players have been in charge of The Quakers. Can you name them?

Forest were whopped 3-0 by managerless Sheffield Wednesday on Tuesday. We were appalling at Bramall Lane so it could be an interesting game on Saturday. Alas, no Shippos or Home Ales, so I will have to make do with some of the excellent Castle Rock Ales while humming

Robin Hood, Robin Hood with his band of men

Feared by the bad,

Loved by the good,

But, says the editor, you won’t find that iconic tune in the very first episode unless you watch to the very end:

If there is any copyright claim, not answered by ‘fair use’ exemptions, on the images Pete uses to illustrate his report, please make us aware and we will add credits or remove as requested …

6 thoughts on “The First Time Ever I Saw Your Ground: Nottingham Forest and the City Ground”

Next Post
Nottingham Forest Who are You?: ‘if you drop, it’ll be good for you…’