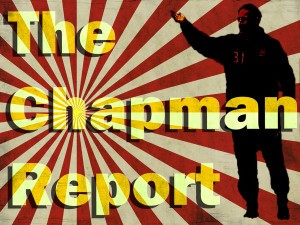 As it stands of the 92 clubs in the 4 top divisions of English football, I have watched Sunderland on 72 of those grounds. If I counted those grounds that no longer exist or are in a lower division then I can add another 26. However, for the past few years that total has only increased very slowly. Burton Albion earlier in this season was the first for a couple of seasons.

This is surely to change. Currently in League 1 there are 8 new grounds I haven’t visited with Sunderland.

I had been looking forward to the Cardiff game for a while. My good friend John Marshall, living in Portishead suggested we join up, along with our wives for a weekend away. We have done this for a few years now and the last time we were in Cardiff was 4 years ago, when John and I travelled down to Swansea for a 0 -0 draw.

On that occasion I stood in for Pete and the headline for the report was, ” The Chapman Report from Swansea : relegation a no brainer”. Can I suggest that for this post we just need to change Swansea for Cardiff !

With the boys off to football and the girls off shopping, I think I already suspected who was going to have the better day? At least with shopping you can return unwanted goods at no cost. Unfortunately, Sunderland don’t seem to be able to return unwanted goods. I wonder what that famous retailer WBA would say, if Sunderland asked whether they could return their faulty purchase called Billy Jones?

Anyway, we set off after a hearty full Welsh breakfast, had a decent walk and then settled in with a couple of pints beforehand. With all our injuries I’m not sure Coleman knows his strongest 11 yet. I certainly couldn’t predict who would start although it was obvious that Ruiter would start in goal along with Maja up front.

The first half was dire, with both sides seemingly unable to string a sequence of passes together. It seemed that we were trying to emulate the Wolves away performance, when we got men behind the ball and preventing them putting pressure on our goal. They had one decent shot which Ruiter saved so I suppose everything was going to plan.

However, that all changed and by the 50th minute it was effectively all over. Once again Ruiter failed to dominate his box from a corner and Patterson easily out muscled the inept Billy Jones to open the scoring.

Within minutes Ndong went for an early bath. Friends watching on TV said it was harsh and knowing our luck his subsequent appeal will fail and he will be out for a long spell. Could this be the last we see of him in a red and white shirt? Probably not, as on this showing he was clearly not fit and I’m not sure clubs like Watford would want to take a gamble on him. Anyway we need him as who would we get as a replacement? I’m getting rather tired of seeing quotes about how hard Martin Bain is working behind the scenes to get somebody in. The transfer window has been open for 2 weeks now and we need immediate replacements for a number of players who are just not good enough for dog eat dog Championship football.

The 2nd goal came from a breakaway Cardiff attack. Clarke-Salter, who up to this point had made a decent enough debut, failed to prevent a cross coming in from the wing, from which Ralls increased the lead and make it almost impossible to recover from.

Goals 3 and 4 inevitably came. There was no mass walkout from our fans. We have been used to this sort of performance so much this season that we just sat there bemused, wondering how much worse can it get? Sorry about the lack of detail but why waste your time trying to think of positives when there are none. Similarly, I never boo the team however bad it gets, so I can’t do it when I am asked to write about it.

After the match we met up with Peter, an ex work colleague of John’s. A Cardiff fan who didn’t think we would get relegated and thought Ruiter had a decent game! Needless to say we put him right and went off for a drink together to watch the scores come in.

Even with the necessary elusive back to back wins we are still going to be in trouble and unless money is spent getting good players in there is only one way out of this mess. I had thought about comparing the side that got relegated to the third tier against this present side. I soon gave up as this one is clearly far worse!

My wife is an ex History teacher and one of her pupils always pestered her to run a school trip to Blackpool. As a Lancashire lass herself she was always able to offer an excuse and offer alternative destinations. Maybe next season she will finally have to give in as I don’t think a weekend in Cardiff is going to be an option again.

Let’s hope I am wrong, but it looks like Shrewsbury, Scunthorpe, Rotherham, Oxford Utd., Fleetwood, Doncaster, Wimbledon and Rochdale away next season. Here I come and another 8 new ground ticked off.

Sadly it is a depressing thought!

7 thoughts on “Sixer’s sub’s soapbox: Grounds for pessimism after Cardiff”

Next Post
Hutch’s one-word ratings from Cardiff: hang your heads in shame Sunderland