John McCormick writes: the only pleasure associated with last night was that I met up with Pete Sixsmith and Pete Horan prior to the game. Not over a pint, of course, given that the only pub nearby wouldn’t let me (and by extension us) in. We weren’t together at the ground so my view of the game, which I’ll give you some time in the next 24 hours, might be different from his.

Do you really think it will be? Here’s a clue – look what I put on the SAFC facebook page when I got in last night. 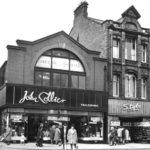 Just before the teams came out to some awful techno row, the person in charge of the music took us back to the days when the Wanderers were the Trotters, crowds took the bus to Burnden Park and men dressed in their best from John Collier, John Collier, the window to watch as Dion and The Belmonts belted out The Wanderer. As the music blared out, supporters of both sides were contemplating a game that was, if not quite a must win, certainly a must not lose. Ninety minutes later, it was the Lancastrians in the stadium that went home happy, once again leaving those whose hearts and emotions rested on Wearside to face a quiet and dispiriting journey home.

We didn’t play badly. The balance looked better and the addition of the once lauded Lamine Kone made a difference. We looked tighter at the back with the three central defenders having few problems in dealing with Clough and Wilbraham and being strong enough to allow the wing backs to push forward. Midfield was busy with McNair looking a good player, Honeyman having a solid game and Cattermole organising things a step behind those two. Although never in complete control, the three of them looked positive as we took the game to Bolton and, for much of the game, left it there without actually achieving very much.

Up front, Asoro worked hard and Fletcher showed some decent touches when he was facing the way the ball was knocked to him. Unfortunately, his work has to be done when the ball is in front of him and he was sadly lacking in this department. He missed an excellent chance not long after we had gone a goal down when a splendid ball by McNair released him and he moved into the box. His final shot lacked any conviction, allowing wannabee film star Ben Alnwick time to make a comfortable save. 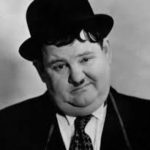 Add to that a lack of goal scoring prowess that dwarfs that of Danny Graham, a lack of heading ability that Stan Cummins would put to shame and a tendency to run out of puff quicker than Oliver Hardy would, were he ever to climb the stairs to the visitors end at The Sports Direct and we have another player who may well be in line for the SAFC Worst XI of the Decade Team.

The effort was there but the quality was not and that is what will ultimately drop us into Division One and a Checkatrade Trophy campaign that offers us a chance of Wembley glory, something that the dwindling number of regular supporters would want as much as they would want a night out at the UK Knitting Championships.

The goal was a strange one. The assistant referee flagged for a free kick after Steamboat Billy had apparently handled the ball before it went out for what he thought was a throw in. It was whipped in by Morais and knocked over the line by some part of Zac Clough’s anatomy – hand, knee or even his boomps-a-daisy – and Mr Coote allowed it. Clough (what would we give to have Brian as manager or player) was helped by a feeble attempt at saving it by Lee Camp who has done nothing to show to me that he is any better than Max Stryjek, a player that we will be relying on as we trundle around Division One next season. If you mixed up the three first choice keepers we have, you would end up with a poor copy of Seamus McDonough.

The last few weeks have made relegation inevitable. Failure to take points from rivals Birmingham City, Bolton and Barnsley plus similar failures against comfortable mid table teams like Ipswich and Brentford have left us certainties to go down. Our remaining home games see the likes of promotion challengers Middlesbrough, Preston North End, Fulham and Wolves due at the ever more sparsely populated Stadium of Light, while we have to visit Derby County, Leeds United and Fulham. On current form, we will do well to get a single point out of those games.

We had a pleasant stop in Chorley on the way down, a town that has picked itself up in the six years since I last visited. Wastelands like Bishop Auckland, Spennymoor and Newton Aycliffe should send delegations down there to find out how they have done it.

They could go to the Little Theatre where they have showings of George Formby in Turned Out Nice Again, Gracie Fields in Look up and Laugh, neither title of which is appropriate for Sunderland supporters at this moment – although I suspect that the Smoggies will enjoy both on Saturday.

Has there ever been a worse time to be a Sunderland supporter? Answers on a postcard to Ellis Short c/o The Burning Pit of Hell……. 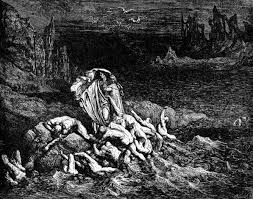 1 thought on “Sixer’s Bolton Soapbox: Sunderland lacking up front after going behind”

Next Post
Chroniclers of doom. Where, Ellis Short, will SAFC be a year hence?